[Editor’s Note: This review is a bit different for the Stream a Little Stream column. Instead of a few short recommendations, we have one recommendation, with a full review (I, Justin, also reviewed this over at Cinapse as a Pick of the Week awhile back). And in this case, you can watch this one 100% free on Shout Factory TV (their ROKU channel also offers a paid option for some movies if you don’t want to watch commercials, usually only a buck or two per movie). On this holiday weekend, we present to you a great little anthology to watch before bed… enjoy!]

This is another great find on Shout Factory TV – I’ve been trying to get my hands on a copy of this for a while now. It’s one of only a few Carpenter directed things I haven’t seen, and was sort of a low priority compared to some of my other Carpenter blind spots (Prince of Darkness for instance). But it shouldn’t have been! This was tremendous amounts of fun, not just for the absurdity of some of the shorts, but for the who’s-who of 80’s genre movies that pop up every 5 minutes or so. Wes Craven, Roger Corman, Sam Raimi, Robert Carradine, Stacy Keach, David Warner (who I know from many re-watches of TMNT II as a child), even Tobe Hooper and Tom Arnold show up (and Greg Nicotero – seriously I could keep listing people, you’ve heard of all of them). But the cherry on top of this insane sundae is Mark Hamill, taking his segment just as seriously silly as it deserves to be taken. 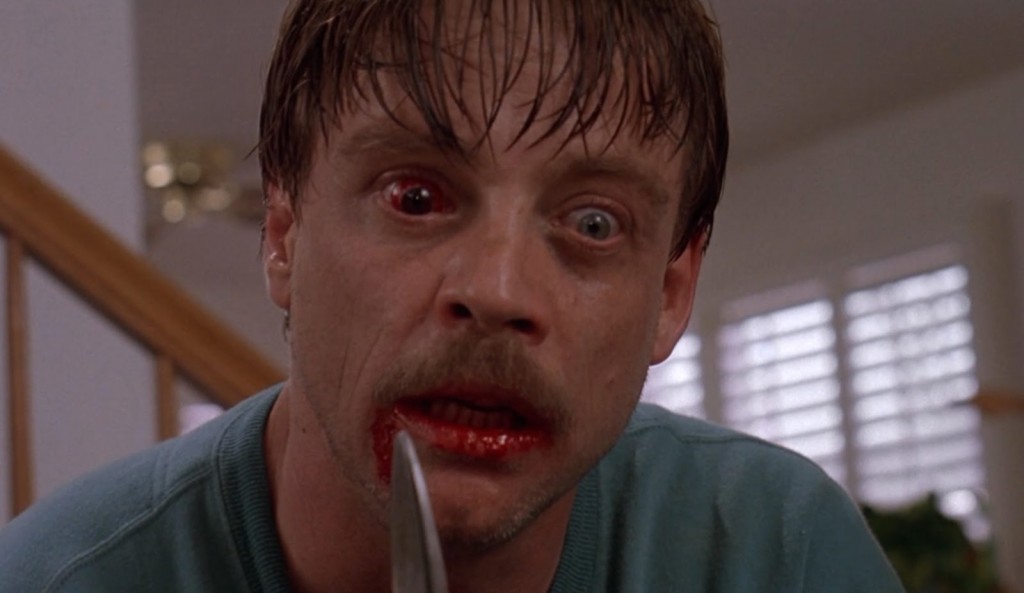 Carpenter directs the first two segments – one a pretty effective Halloween riff that takes place in a single location, the other a sillier premise more akin to They Live about vanity and a fear of aging. Hooper directs the final segment, starring Hamill, that’s just sort of a bat-shit premise gone bat-shit (and one that Adam Wingard would riff on in his segment of V/H/S/2) with a really fun Hamill performance. All three shorts are tied together, in typical anthology fashion, with a wrap around story. However, this is a bit more like Tales From The Crypt, where The Coroner, played by Carpenter himself, seeks out the perfect body in the morgue to spin a gruesome yarn about. 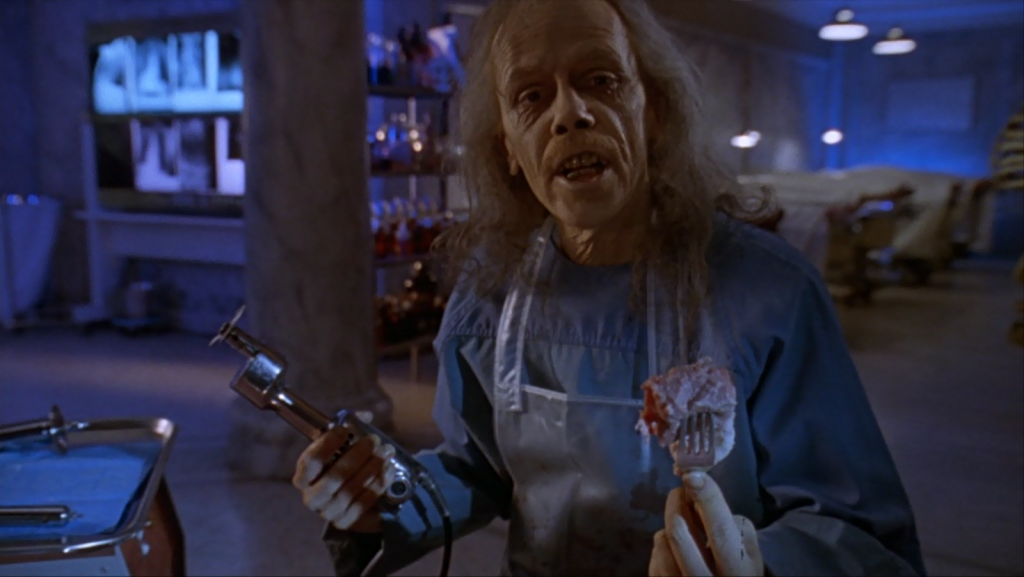 And that’s all I really want to talk about – Carpenter as The Coroner. He’s AMAZING. He’s so fun, and weird, and creepy, and funny, and gross. He’s everything. It’s the most fun I’ve had watching a horror anthology and it’s not even close to actually being the best horror anthology I’ve seen. I can’t believe he hasn’t done much more acting than this, he’s seriously so good in it. And if I had to vote for who should be the Crypt Keeper in the new Tales Form The Crypt that Shyamalan is making, it would be John Carpenter in some light dead-guy makeup.

Body Bags is a real treat for horror fans. It’s got a little bit of everything that we collectively love about horror, including some of the genre’s greatest icons in small, supporting roles. And most importantly it introduces The Coroner, now one of my all-time favorite movie characters. This Halloween is shaping up to be one helluva a party with all these cult-gems I keep discovering. 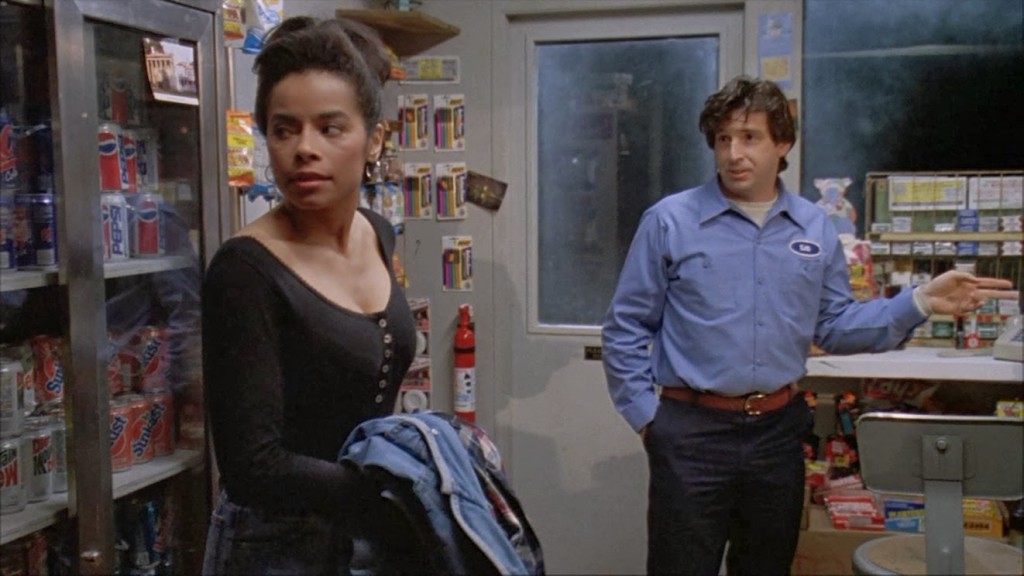 Enjoy the show and remember to stream on!