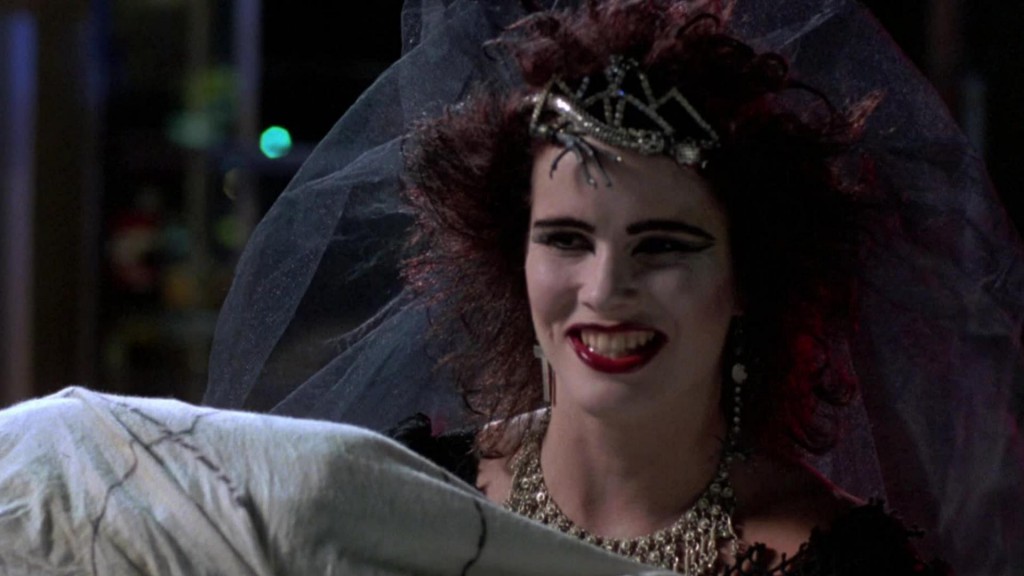 Thanks to the Filmspotting SVU podcast, I discovered Shout Factory TVlast week and watched what I thought was Night of the Creeps because I read too fast, and turned out to be this delightful slice of 80’s cheese.

Night of the Demons is just pure, Halloween party fun. You could double feature this with Return of the Living Dead and have one helluva good celebration. I say Return of the Living Dead because this feels similar in tone to me. It’s big, brassy cheese meant to delight and thrill more than it’s meant to scare. But I like how committed it is to being ruthless. No one is safe in this movie, and when the climax builds to its crescendo there’s a real moment of “Is anyone going to survive!?” which is something I can’t say for most horror movies. 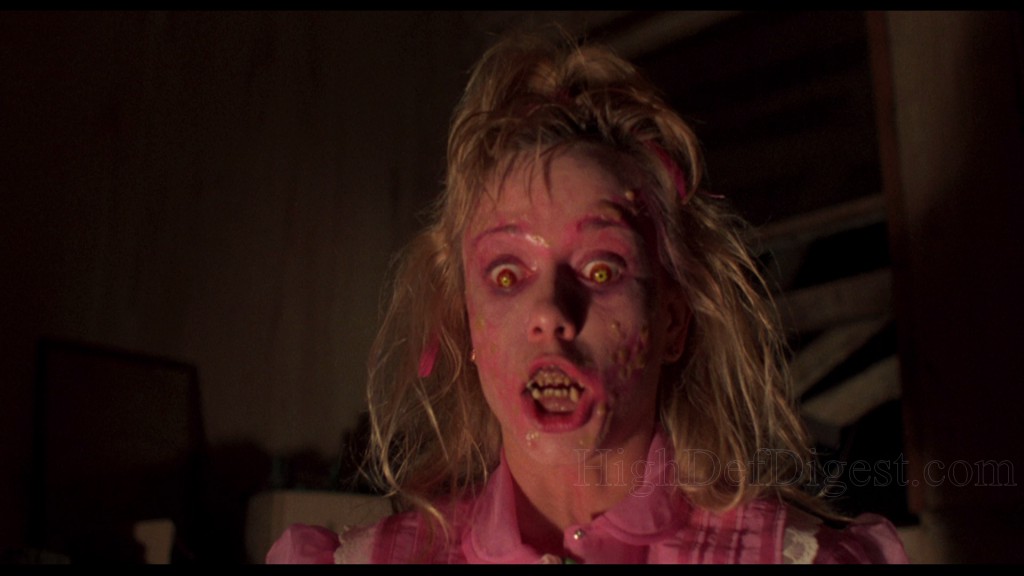 I really appreciated the practical effects work in this. They accomplish a lot with make-up and simple camera tricks. There’s an awesome shot of a broken mirror on the ground, and the whole group of teens that the movie centers on standing over it having a conversation, with a different character reflected in each broken piece of glass. It’s an awesome shot, and one I’m not even entirely certain how they accomplished in 1988 (I assume it was just shot from an extreme angle to hide the camera from the reflection but still capture the people). The movie is full of simple but effective shots like that, and when they’re combined with good make-up and practical weirdness like a moving severed arm, even the silliest of scenes still feel like they work.

The characters are all 80’s stereotypes of teens, the script is always overdoing it as far as foreshadowing future events in the dialogue, and the plot is really thin. The only real “story” in the movie is that the main girl (who is dressed like Alice from Alice in Wonderland and technically goes “through the looking glass” at the beginning of the film when they decide to have a past-lives seance using a mirror) learns that men don’t respect her and she’s going to have to help herself, and then learns she’s more powerful and smarter than most men as soon as she takes her fate into her own hands. The movie is still an 80’s movie and she ultimately has to be helped and rescued by a man, but it is the only man that didn’t completely disrespect her at some point during the run-time, and you get the impression that he definitely would’ve died if she hadn’t stepped up and helped get them that far, so there’s still something sort of feminist about this. 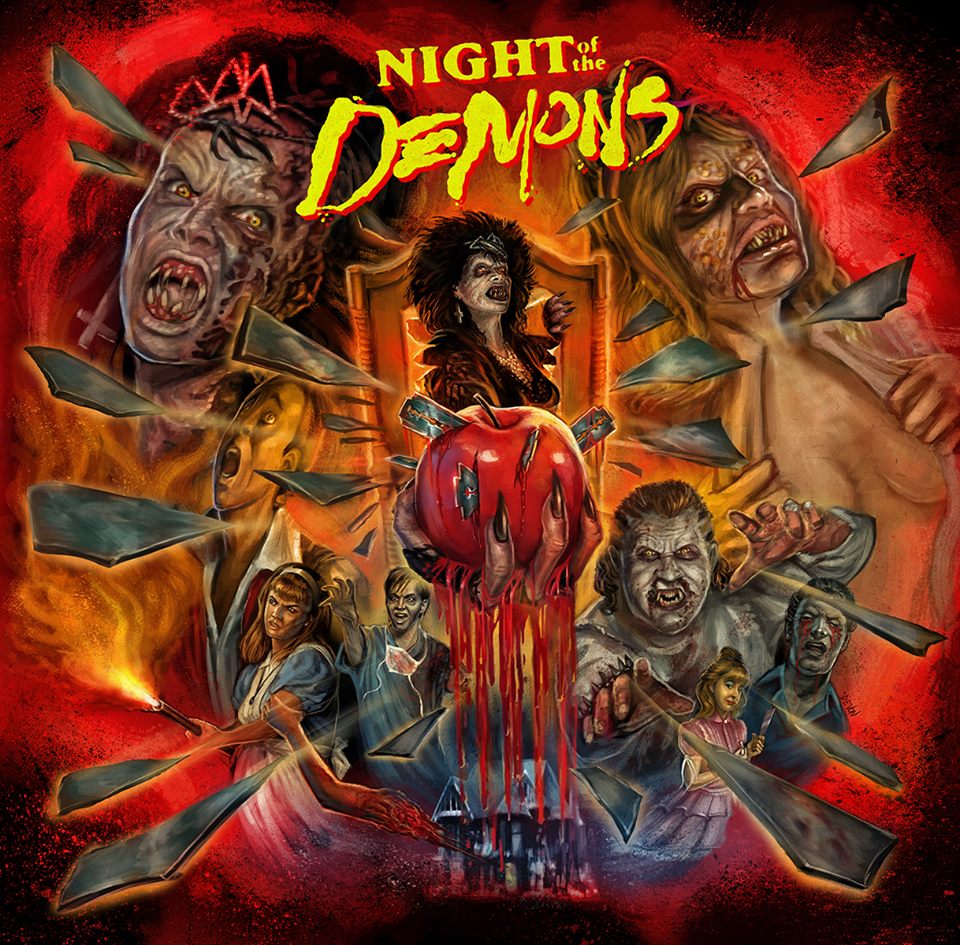 I just really enjoyed this. It’s cheesy and dumb, but it’s a lot of fun, and it seems like it would hold up on a group re-watch with some beers at some point in the future. Can’t wait to keep exploring the treasures that Shout Factory TV has in it’s (free) library.