Vincent Towers has murdered his father. The police suspect him, but they don’t have enough evidence to prove it. They’re closing in. Unbeknownst to everyone in Vincent’s social circle, he has a nearly identical half-brother, Clay. After his father’s funeral, Vincent invites Clay to come out to stay with for the week at his home in Phoenix, Arizona, under the guise of getting to know each other better (they have were, until recently unaware of the other’s existence). Vincent’s plan is to fake his own death by planting his driver’s license on Clay, kill him with a car bomb, and leave the country with his father’s money.

But things don’t quite go according to plan. Clay survives the bomb, and wakes up in the hospital with amnesia. Everyone believes he is Vincent, and Clay soon begins to assume his identity. But soon he is troubled by reoccurring dreams as bits of his memory returns. There’s not a whole lot of plot in Suture. Its framing as a noir thriller soon gives way to a slow meditative examination on the malleable nature of identity, and the construction of the self. 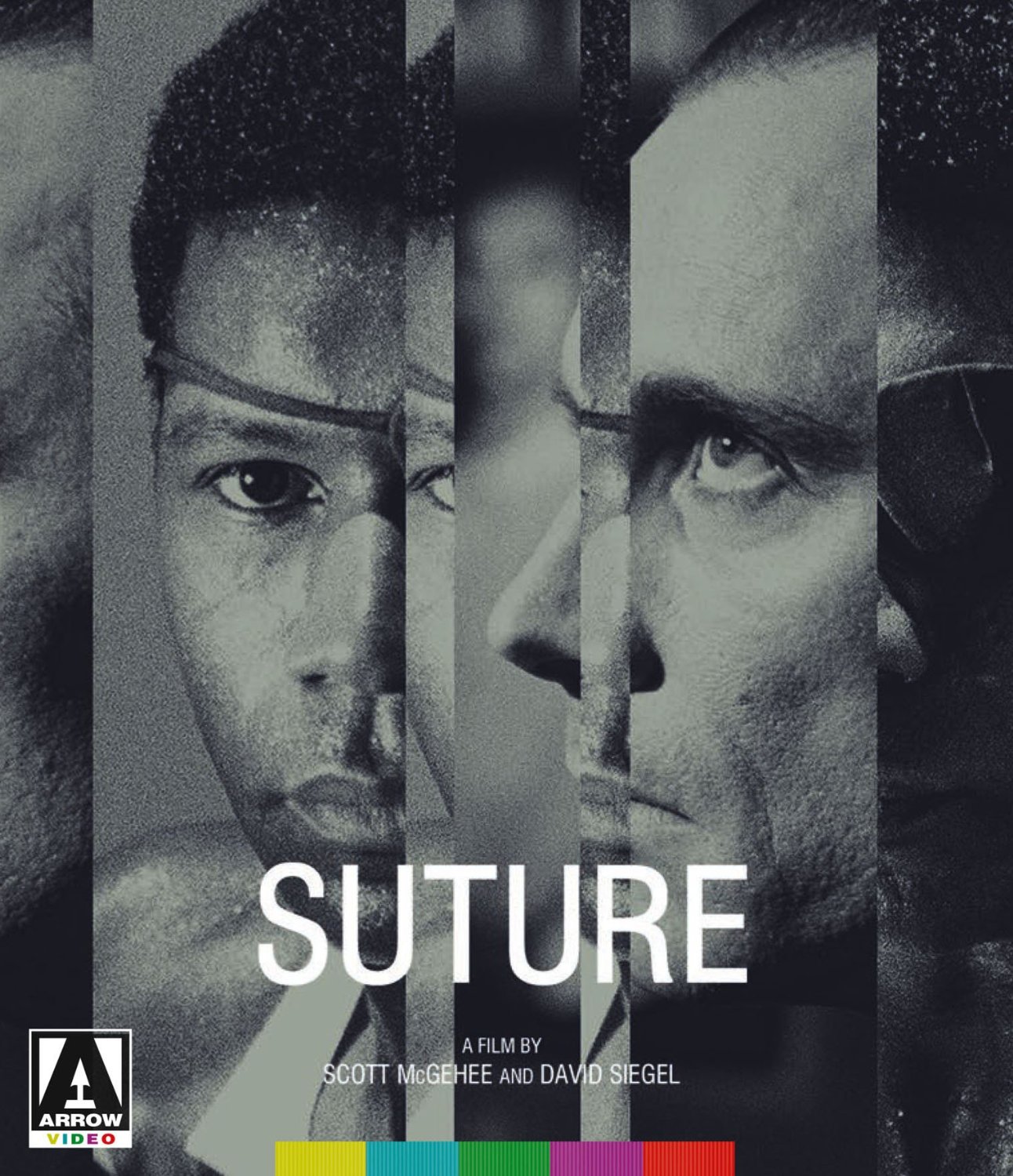 Suture is the debut film of Scott McGehee and David Siegel. It stars Dennis Haysbert and Mel Harris, and has just been given a handsome 4K restoration by Arrow Video. With its widescreen compositions and dramatic, high-contrast black and white photography, the film evokes the look and feel of such Japanese new wave directors as Hiroshi Teshigahara and Seijun Suzuki, as well as Hitchcock’s North By Northwest, and John Frankenheimer’s The Manchurian Candidate. McGehee and Siegel’s sense of composition is very strong, and the film makes wonderful use of the open roads, desert vistas, minimalist, wide-open architecture of Phoenix Arizona.

But the most distinctive part of Suture is the casting. Vincent and Clay are half-brothers and look virtually identical. So much so that Vincent’s plot involves faking his own death by planting his ID on Clay, then killing him with a car bomb. But Vincent, played by Mel Harris, is a short, slender white man, and his brother Clay is played by Dennis Haysbert, is black, muscular and has a good three inches on Harris. That these two men could be brothers, while hard to believe, is technically possible; but to envision them as identical requires a conscious act on the part of the audience to suspend disbelief and that the film requires its audience to suspend disbelief. McGehee and Siegel challenge us to recognize how limited the human capacity is to truly know anyone outside of one’s self. Gender, race, physical characteristics, personality – these are all treated as merely signifiers of the ineffable self.

Not everything completely works here. Clay’s Freudian psychiatrist sticks out even in a film marked by its formal and stylistic anachronisms, and that his surgeon and love-interest’s name is Renée Descartes was a little groan-inducing for me. Nor does the film manage to step out from the shadow of its formidable influences. But it’s a confident, stylish and visually impressive debut that deserves a watch. And the innovative casting still feels fresh and exciting to this day.