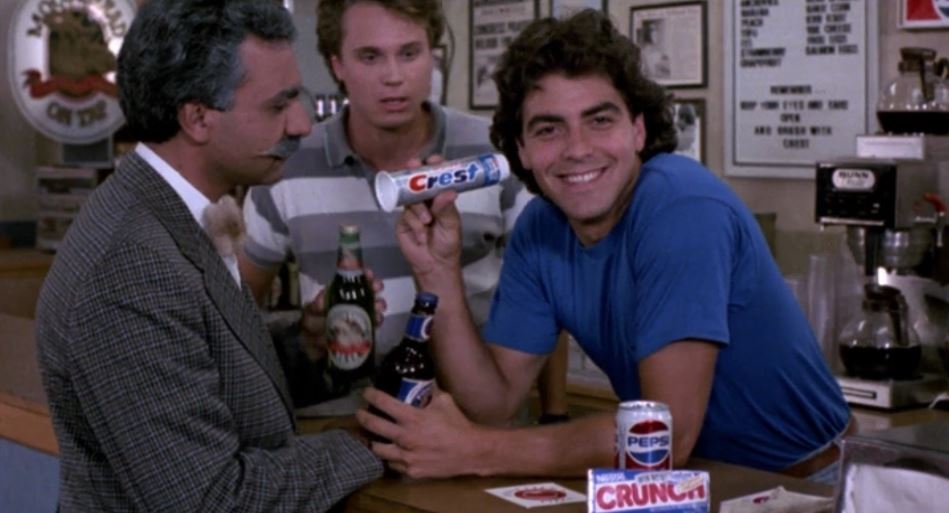 Arrow Films just put out a Blu-ray for what is perhaps a cult classic? I don’t really know. You can read my review of the first one on Letterboxd, which I thought was decent fun with a few good jokes, but mostly felt pretty frivolous. Here, they improve on their formula in big ways but not to any great effect. They focused on making this one feel more like a full movie, with real character arcs, and less on constant, rapid-fire jokes and gags. Unfortunately, they tipped that balance just a bit too far and often forgot to make their movie fun.

George Clooney pops up as one of our leads, sporting the best Martin Riggs haircut Martin Riggs never got. He’s effortlessly charming, and a total Lothario, establishing his successful persona immediately. At his side, and the real lead of the movie is Anthony Starke, who is either in a different movie than everyone else, or is really, really whacked out on cocaine (and thinks he’s in a different movie). And completing the trinity that leads this weird movie is Karen M. Waldron (billed as Karen Mistal) who is an absolute bombshell beauty that has a real sense of humor and is easily the best actor in the movie. It’s a shame she never seemed to find a project that launched her career, she’s effortlessly sexy and funny throughout this and could’ve easily taken off like Cameron Diaz in The Mask had this been any kind of popular.

Whereas the formula for the original was a mad-cap comedy with no exposition and a nonsensical, absurd sense of humor meant to parody American consumerism, this one indulges in consumerism and spends its run-time explaining not just the plot of this one, but even the plot of the original. They attempt to establish real characters with real emotional connections that they can test in the finale. Generally I’m on board for that kind of thing, but this is still a dumb movie about human-tomato hybrids (spoiler, that’s how they get away with not doing any monster tomato effects this time, they just turn tomatoes into people bypassing the necessity of the tomatoes all together) that wishes Mel Brooks would’ve come on board as a producer. It’s trying so hard to be a farce that it ultimately becomes one of itself. 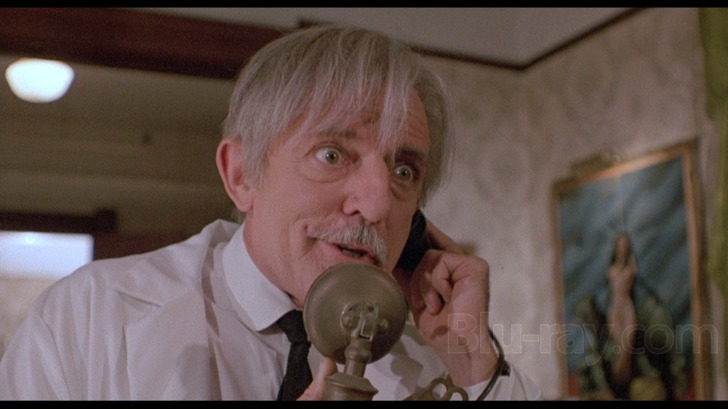 If I’m being honest I did really enjoy some of the choices they made. The tomato-humans are a fun twist and allow for a crazy scientist character which adds to its b-movie appeal. There’s a joke towards the end that really, really made me laugh – it’s a bit of physical comedy with two characters putting their hands against one another from opposite sides of glass. Impossible to describe in any meaningful way here, but that’s ok because this isn’t worth seeing just for that one gag. I guess I would say if you’re an actual fan of the original you might like this. But if like me you found the first only casually entertaining, this might not be your cup of tea necessarily.

If you’re still on the fence, the Arrow release boasts a commentary with with the writer/director of the whole series, John De Bello that might be of interest, especially if you’re just a cult movie completest. If you’re not aware, there are 4 movies in this franchise, and it even spawned its own Saturday morning cartoon – it’s certainly a series with relevance if you’re the right kind of movie fan.