Goddamn bored rich kids and their games. Four twenty-something siblings love each other very, very much, and live in the most pretentious part of the world I can imagine. They reek money, from Crew’s gelled hair and close-trim beard, to Daniel’s lazy jeans, t-shirt, and dress jacket combo. Easy smiles, cold eyes, and a steady hand when holding a knife.

The kinship between them is impervious to failure. Except, of course, when exposed to jealousy, anger, or fear. And when their infallible kinship crumbles, well, bodies are left in the wake.

Which is a long way of saying that Blood is Blood is a movie after my own soul. The vision behind Blood is Blood gets my heart pumping. The general shittiness at the pit of humanity’s sinful nature is on full display here and it is wonderful.

On a first viewing, the raw amount of details within Blood is Blood is overwhelming. Many get shuttled aside as your brain tries to grab on to anything to lead you through the 78 minute runtime. When the credits rolled I just blinked in confusion. I liked it, but the more I thought about the things the ending revealed, and how they lined up with what was presented previously, more and more questions arose. 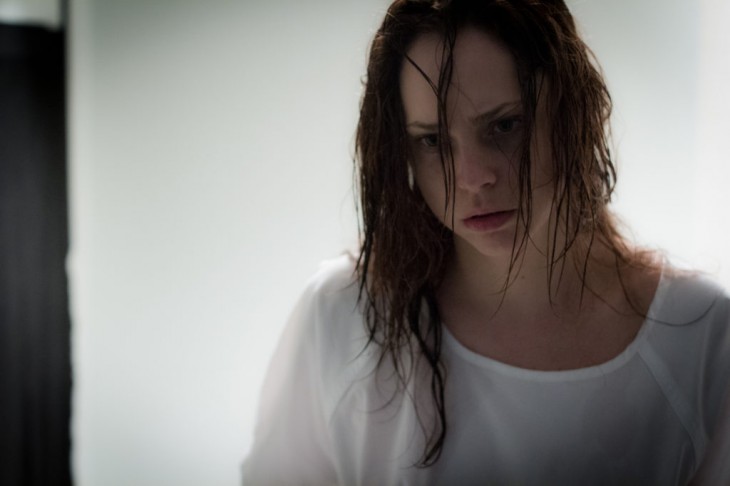 It’s on a rewatch that most of my confusion gets ironed out. And there’s so many layers to the ideas that it may take another third or fourth viewing to really start seeing how everything connects together. This gives Blood Is Blood an engaging puzzle-like quality that is often missing from horror films.

The risk, of course, in creating a plot that requires multiple viewings to begin to understand is losing viewers along the way. Only people who really dug the movie the first time around will have the interest in returning a second time. Everyone else will just file Blood Is Blood away as a disposable slasher-influenced dramafest with ideas too big for its britches.

To an extent, Blood is Blood is too big for its britches. While the number of questions left unanswered on a rewatch is much, much less than I was expecting, there are still a few pestering the back of my mind. But I’ve reached a place of comfort with the ambiguity. I had such a laundry list of questions that I’m, frankly, impressed that most of them got adeptly answered.

From a pure plot revelation standpoint, the structure of Blood Is Blood is pretty impressive. Never mind the questions after a first viewing–that’s inevitable. Every bit of information, from beginning to end, flakes off the onion at the best place to give the proper gravitas to the narrative.

Where the structure serves plot revelation, it doesn’t serve the emotional apex of the narrative. The real ending to Blood is Blood happens about ten minutes before the credits. It’s not just the emotional apex, but the climax of the action. Those final ten minutes, then, serve to continue unpeeling the onion–giving backstory, filling in rationales. That’s just bad structuring. Move the emotional peak to the end and the film would end in a much more memorable way; this is a story, not a grad school dissertation.

Despite some flaws, Blood is Blood is a huge accomplishment for first time screenwriter and director Stuart Sauvarin. As he refines his craft, we could be in line for some unfuckwithable films.