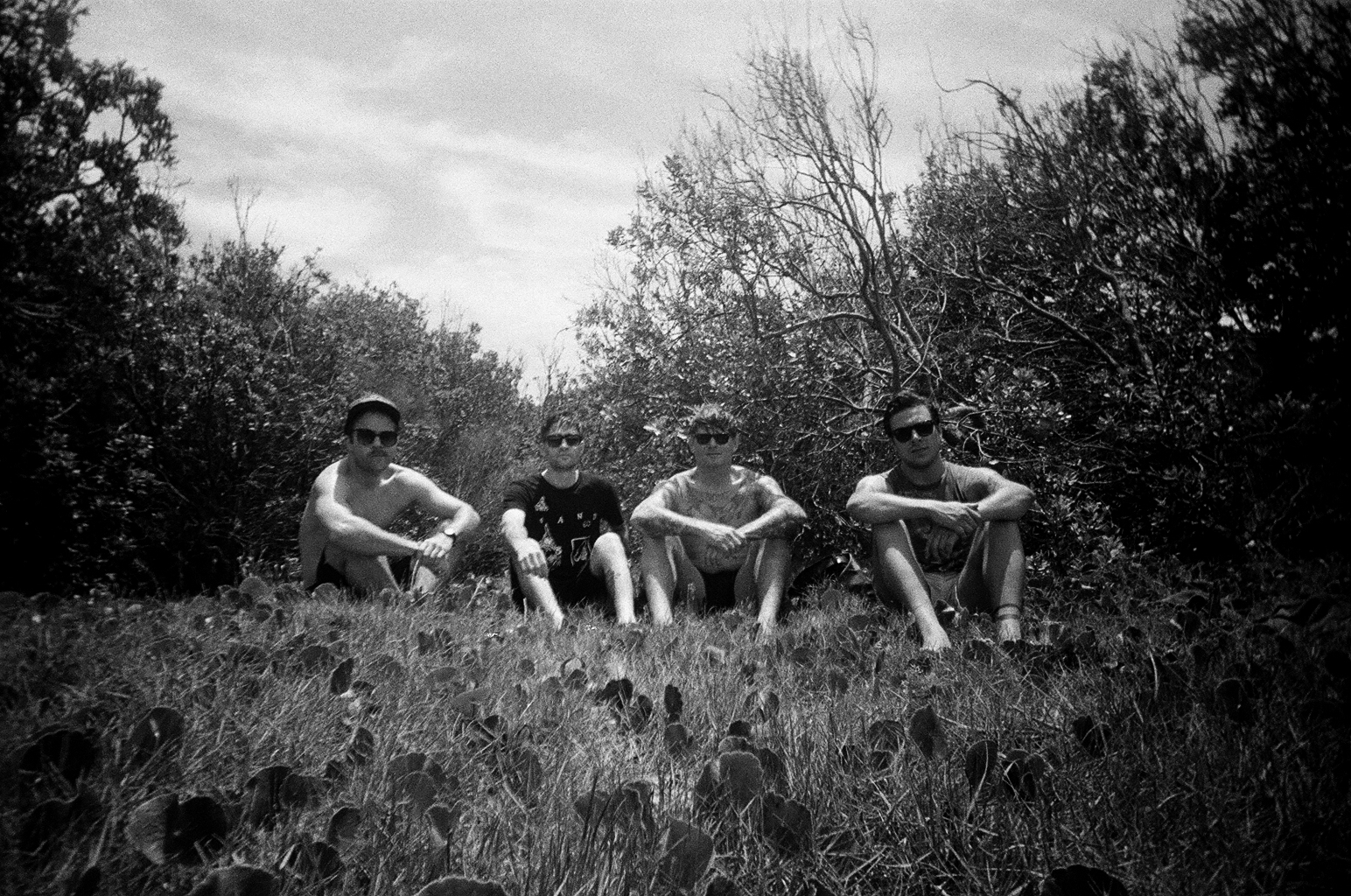 Thee Oh Sees have returned from the wilderness. The past couple years have been a tenuous time for the prolific (11 albums in 8 years!) San Francisco vets. The “classic” lineup of Petey Damnit, Brigid Dawson and Mike Shoun had disbanded by the end of 2013, and guitarist/mastermind John Dwyer made the move from San Francisco to Los Angeles. The ensuing couple records, 2014’s Drop and 2015’s Mutilator, Defeated at Last felt transitional, with more lineup changes, and a new home turf. They were by no means missteps, but there was an unshakable feeling of uncertainty that hung over the records. Their latest album, just released on Castle Face, finds the band’s propulsive mutant stomp reenergized. It’s their finest album since 2013’s Floating Coffin.

A Weird Exits, is filled with muscular psych rock grooves, alien-sounding and glistening with warm slime.

The band has been in existence in some form or another (with numerous variations on the name) since 1997. Started as a Dwyer solo recording project, the band continuously exists in a state of flux, bouncing between pastoral folk to noisy skronk, eventually settling into a semi-permanent lineup and a slippery, psychedelic garage rock sound on an absolutely killer run of seven albums starting with 2008’s The Masters Bed is Worth Spending A Night In through Floating Coffin in 2013.

In its current state, Thee Oh Sees consist of Dwyer, duo drummers Ryan Moutinho and Dan Rincon, and bassist Tim Hellman. Gone are the creepy-cute boy girl vocals of Dwyer and Dawson, but Dwyer’s solo vocals are still half submerged in the mix. The band is still tightening and playing variations of their method of groove based song craft, locking into a motorik beat, and riding it to oblivion. ‘Plastic Plant’ is filled with a deep, negative space, anchored by the twin drums, and elastic, fuzzed up guitars that rise out of the groove like a swarm of bees. ‘Ticklish Warrior’ continues the harder, angular sounds they explored on Mutilator. But the real standout here is album closer ‘The Axis’, with its spacey, sacred organ, weird chord progression, and plaintive guitar lines, and a delicate melody that grows more insistent with each endless repetition. The whole thing climaxes with a thrilling, heavily distorted solo.

As usual, Castle Face goes all out for the physical release, here. Its 8 songs are spread out over 3 sides, pressed to 45rpm (a nice touch for the audiophiles), with the fourth side dedicated to an engraving by cover designer Robert Beatty. And, as always, they offer a number of striking colored vinyl combinations.