Screened at PUFF along with another very cool short film called Mindless, which as far as I can tell has no web presence other than a handful of reviews and this IMDb page, which is a shame because it’s quite good. 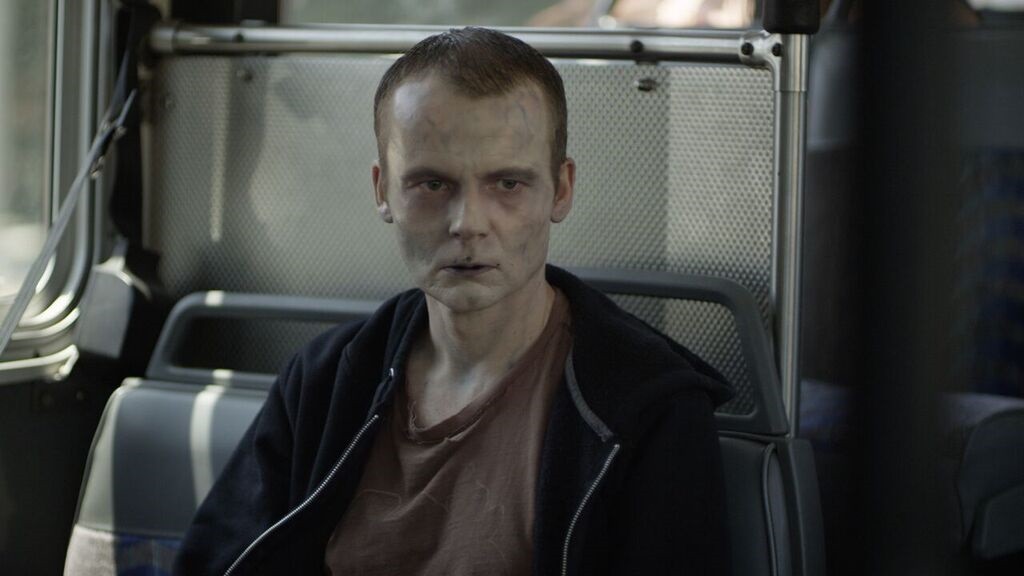 We Go On is the highlight of the feature films at PUFF this year and is one of the most original movies I’ve seen in a long time. It’s built on a great, very unique script and features two fantastic lead performances and even a handful of memorable supporting characters. Without spoiling too much, because I think this movie is best experienced along the way, We Go On is about a man that takes out an ad offering $30,000 to anyone that can provide him with indisputable proof that there is an afterlife of some kind. What starts as an interesting investigation into the various paths one might take into making that discovery evolves into a tragically relatable tale of fear, loss, regret, and parenting that is as emotionally impactful as it is spooky.

There’s an atmosphere of dread hanging over the picture that really worked for me. Even as it takes a dramatic turn that at first feels a little trite, the movie commits to its tone and carries you through to thematic resolutions that are very effective. The mother-son relationship at the heart of the story is beautifully rendered as a dynamic and deep bond shared between two struggling misfits, and that relationship is tested in heart wrenching ways by the more conventional elements of the movie, giving every event weight regardless.

While the film isn’t particularly scary, it is unnerving. The central question of the movie is so relatable that the consequences of getting an answer become stressful and troublesome to consider. And the particular characters we get to experience them through are so three dimensional it’s impossible not to feel their fear with them as they traverse the unknown. And that relatability makes the underlying themes of putting life into perspective come through clear.

I just had a great time with this movie and really hope it gets out there through the festival circuit and people get a chance to see it. Definitely my favorite feature of the fest.