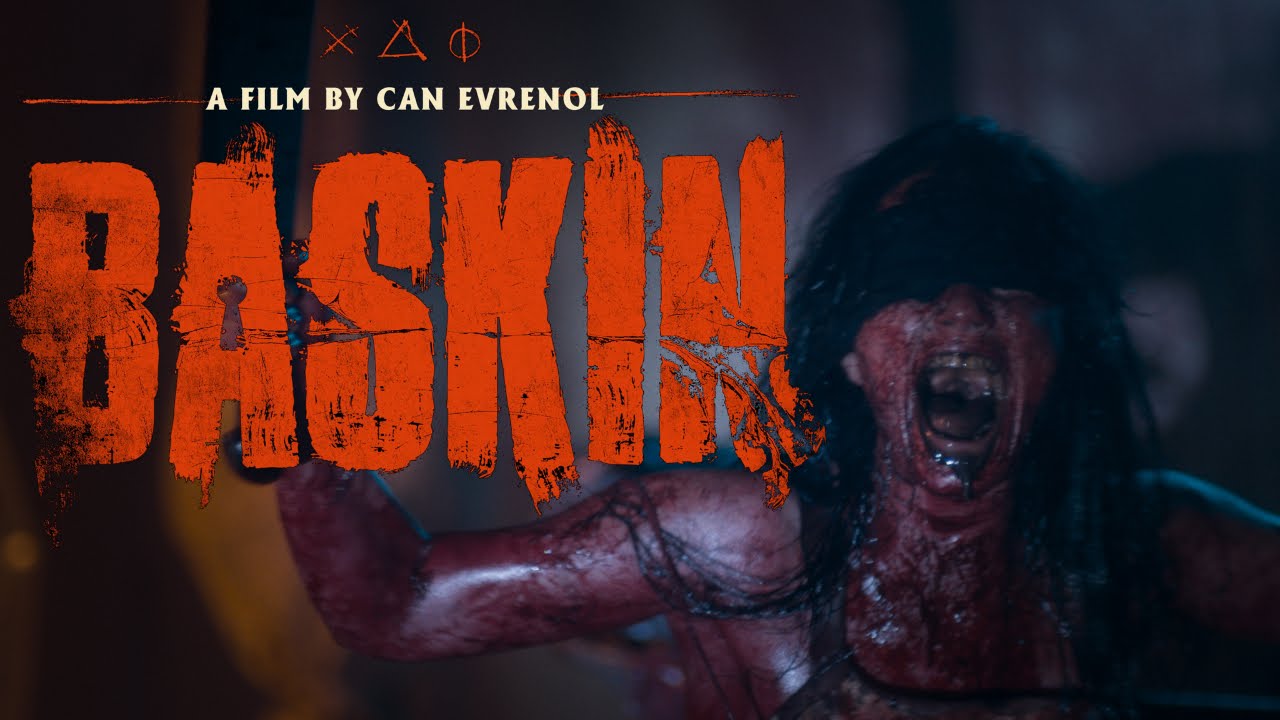 This week on Friday Frights (aka Friday Fight), we’re taking a tour through the bowels of hell with BaskinBaskin is mean, violent, and surreal. It provokes a strong reaction.

After opening on an unnerving dream sequence, the film follows a group of five police officers through the course of one very bad evening. It’s a slow start, with Evranol taking his time, letting us see the officers interact together over a meal. We get a sense of their group dynamic. Things pick up once the officers receive a distress call from Inceagac, a rural area that is the subject of rumors and local legends. En route they hit a bloodied man who darts out in front of their van, running them off the road. Once the officers retreat to an abandoned building on the outskirts of town, things take a gruesome turn. They stumble upon a depraved hellish death cult, and things spiral into torture, blood-letting and gnashing of teeth (this cult clearly does not care about dental hygiene). They may actually be hell.

Dreams and visions are the thread that run through Baskin, making it a little more interesting than your standard issue death-cult splatter fest. It’s a surreal Möbius strip of dream logic. Earlier, the group was discussing the ending. Several intriguing possible explanations were proposed. My reaction upon watching the film was take the film’s nightmare visions at face-value. Baskin leaves a strong impression, whether you accept it as a nightmare, or try and untangle its knotted threads.

But one thing is very clear; the breakout star is Mehmet Cerrahoglu, as the cult leader. He’s quite the discovery. He was working as a parking attendant when Evranol cast him, and because of a rare skin disorder he wears no prosthetics in the film. That’s his face. You will not forget it.

The experience of watching this movie was pretty difficult – there are some, let’s say tortuous images in this that are very difficult to watch, and at first seem to border in the torture porn area of “we’ll do anything to get a reaction.” But as the movie continues to unfold, and its dream logic gets deeper, it quite literally unlocks a niche space in horror movies that I greatly enjoy – the exploration of nightmares. And this one does so in a pretty unique way, using a cast of police officers rather than teenagers to bring us through a portal to their own personal hell.

The art direction is the real star of this movie – there are some really trippy sequences in this that were pretty amazingly put together. And when they finally devolve into pure nightmare images, the costumes and the set dressing and the careful framing of all those elements come together to be truly unsettling in a way that I haven’t felt since seeing Hellraiser. As ghastly as I found the journey to be, I couldn’t help but be impressed by it. Especially the way they pull the whole story together at the end. It’s truly an original horror movie, even when it’s not shying away from wearing its influences on its sleeve.

And… it actually shares some thematic elements with Event Horizon (last week’s pick).

JACOB GEHMAN: There’s a lot of interesting things that can be said about Baskin. The way it crafts atmosphere. The way it provides violence in a way that seems meaningful and intelligent. The way shots are composed to keep the important bits in the frame just long enough for your brain to be like, “WTF..!?” and then it’s gone. But perhaps its greatest accomplishment is in the characters it presents.

Our main characters are a group of cops. Our introduction to them is somewhat slow, and filled with a meandering conversation best described as “asshole cop conversation” – sex, sports gambling, loss of virginity, sex with animals, sex with… well, you get the idea. But as the film advances their exterior bravado is stripped away, showing what’s at the core of their humanity. They become endearing. 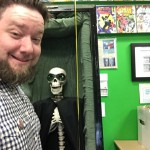 KEVIN IRELAND: Having cops be the helpless, hapless group of friends is a nice subversion of the traditional tropes. Many horror movies end when enough cops show up with their flashers on, this one starts with that many. This worked like an inverse of how kids in peril in horror movies find power enough to fight; this batch of powerful people lose it all before the fight begins. Watching this group face this grimey backwoods Hellraiser situation you keep remembering there is nobody that will come to save them, they are the ones who have been called and are alone. For that reason by itself Baskin was a worthwhile ride. Also, just when you think you’ve been pretty desensitized, here came Baskin. It’s gross. Really gross. Everything nice I have to say about how it’s framed around dreams and fears and how it flows cleverly and how well the whole thing comes together needs to be surrounded by that fact: Baskin is super gross. Just really really gross.

JUSTIN HARLAN: Last week, I talked about this film over at Cinapse, and I’ve thought on the film for another week only to become more horrified of what I watched. This is truly a picture of Hell, a nightmare. The long and the short of it is that it’s been over a week since I watched and it’s still fucking up my shit. It’s gross and gory, but not just for the sake of gore. Yes, it’s terrifying… and also, fascinating. It’s truly something special and something I won’t soon forget.