This is Kelby Keenan. She’s an up and coming young actress who you probably don’t know… yet. With lead roles in several upcoming buzzworthy indie films, Kelby is sure to hit your radar soon. The recent October release of Razors: The Return of Jack the Ripper saw the lovely Ms. Keenan as enthusiastic, green screenwriter Ruth Walker, challenged to write the ultimate horror film. The bulk of her other roles are yet to be seen by many, as many are not yet available to the general public. However, one such role is Robyn, the lead, in director David Paul Irons’s Cassette. While the film is from 2012, it’s being released in theaters nationwide in the early new year. There is a good deal of scene buzz for the film from the indie crowd and with that buzz comes excitement about Kelby’s new project with the illustrious Mr. Irons, Moonlight Flip.

This is David Paul Irons. He’s a filmmaker. Before writing and directing Cassette, Irons worked primarily on shorts, where he honed his craft in many aspects of filmmaking. Excited to return to his place behind the camera, Irons is set to head to LA to film the follow up, Moonlight Flip. Along with Kelby, Hollywood character actor Vincent De Paul will be starring. The shoot begins later in 2017 and everyone involved is stoked.

Moonlight Flip is an intimate road movie set in the mid 80s of Los Angeles, the film will juxtapose live action footage with Anime. Following Meena Murray (Kelby Keenan) whose life has become a neon-waltz of excess, pulled into Hollywoods electric intensity, battling life in the fast lane as she goes on the run from everything she has become. The film will be highly stylised, similar in tone to ‘Perfect Blue’ and ‘Black Swan’ drenched in a palette of hot 80s neon. 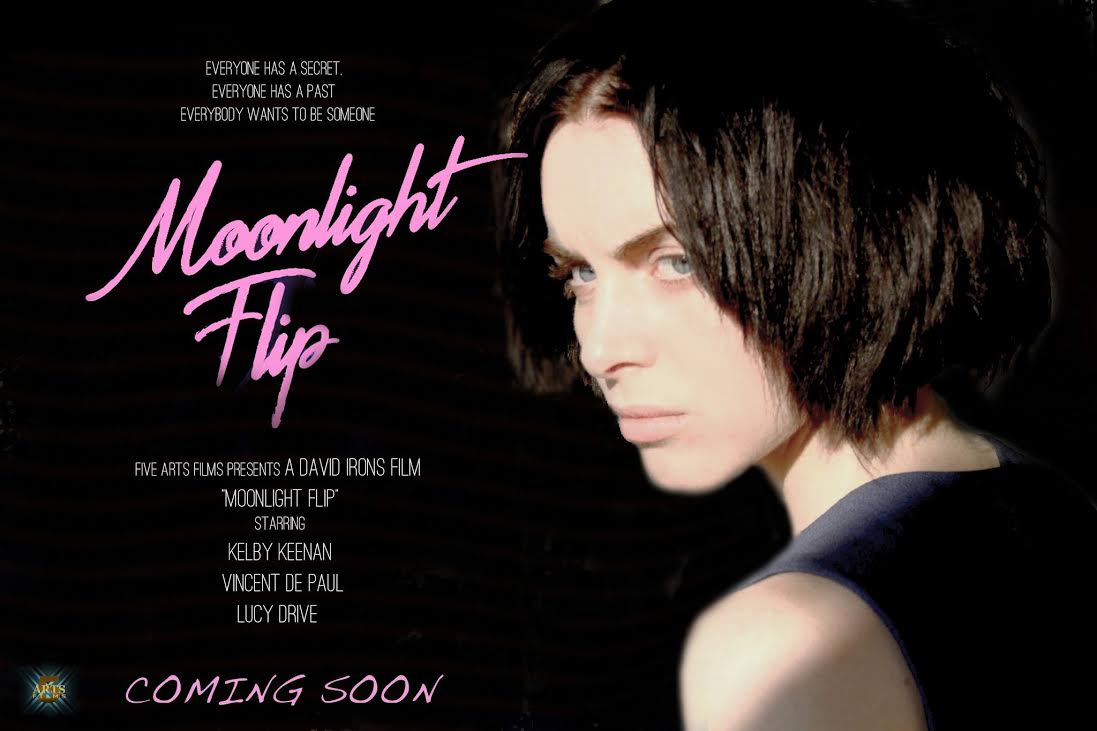 Stay connected to the film at metrolfilms.com to follow it’s progress and see what’s up next.