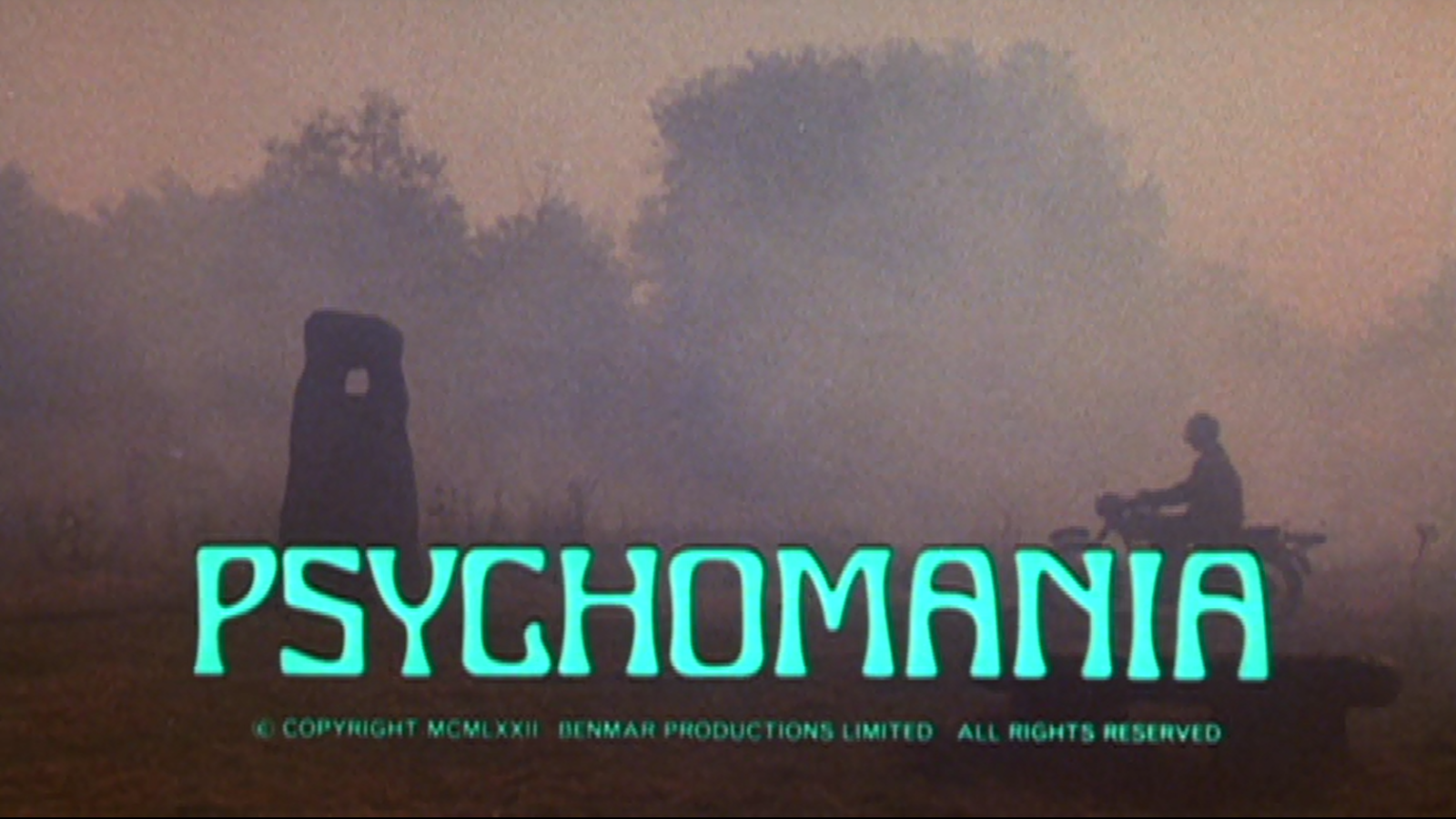 There are very few movies with cooler ideas than Psychomania. Bikers back from the dead, raising hell in the English suburbs. It is the type of film that I have seen a few times, but only saw it under other names and awful prints. Fortunately for exploitation fans everywhere, Psychomania has received the Arrow Video treatment. Those ugly prints of yesteryear can be tossed out and now you can see those slow as hell chase scenes like they were filmed yesterday. The only downside to this release is that (if you are like me) you may have forgotten how damn long and slow this movie is.

The film opens up with a gang of motorcycle dudes and ladies (appropriately called “The Living Dead”), riding around and doing satanic shit. The leader of the gang becomes obsessed with life after death and tries to talk his girlfriend into committing suicide with him. After a bunch of nonsense and exposition, our protagonist learns from his very posh mother how to cheat death. He quickly kills himself, comes back, and then leads his gang to follow in his foot steps. This eventually leads to them making big plans, but everything may not be what it seems. 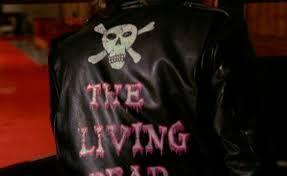 Arrow Video packs this release with tons of special features and they do their best to contextualize this dated film. The truth is the special features are far more interesting than anything in the actual movie. They (Arrow) manage to interview a ton of folks involved and even talk to the people who provided the costumes. By far, my favorite feature was “Remastering Psychomania“. This featurette goes through the process of how they put this print together and was the best thing on this disc. Psychomania may not be as cool as you remember, but it is still worth watching for what it is. The “Biker Movie” genre is far from a great one, but this early entry really paved the way for far better films like Savage Abduction or Girl Boss Guerilla. So grab a big cup of coffee, settle in, and make your way through the feature (so you can dig into these special features). 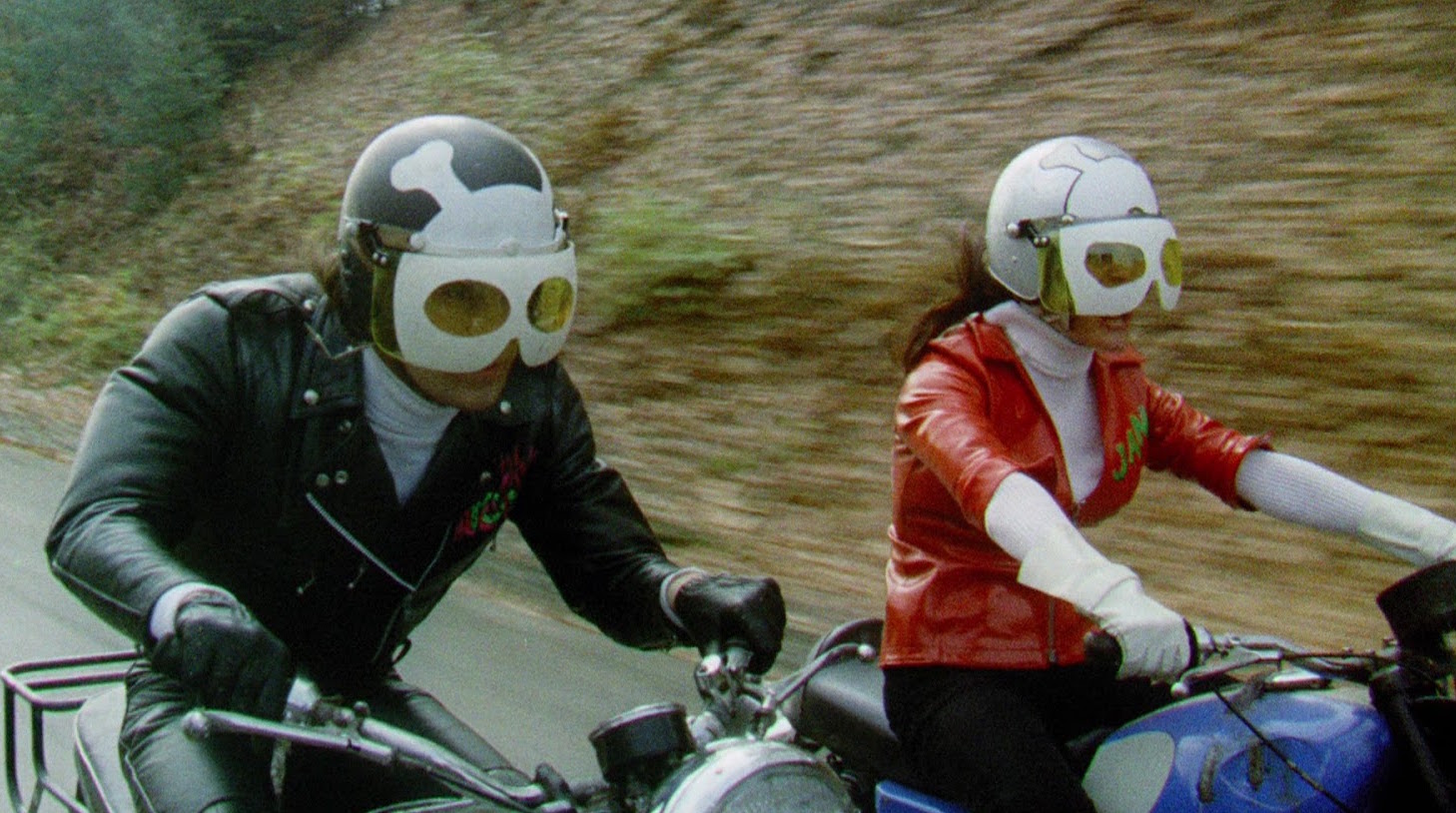