Don’t call it a comeback!

Everyone knows a creature feature is only as good as it’s, uh, creature, and with the recent boffo box office of films featuring giant gorillas, giant (and regular sized) dinosaurs, and giant lizards, monsters are cool again.

But giant animals are easy. Anyone can take a cat or a whale or a moth or something and make it supersized and angry. It takes talent to think outside the box, or – in this case – the refrigerator crisper.

This week’s list looks at killer veggies, and we don’t get to start until you clean your plate. All done? Let’s go!

Someday we’ll have to explain to our children the brief, rabid Killer Tomatoes phenomenon, which included four feature films, a comic book, a cartoon series and a long in development attempted remake.

For a period, Attack of the Killer Tomatoes was held up by those in the mainstream as the prototypical “B” film, despite rather obviously being designed of a loving parody of the 50s monster movies that horror fans most associate with that label. It’s a fun film, which stretches its (intentionally) lame premise to the breaking point and well, well beyond. Despite improved production values, the sequels are pretty lame, despite Return having the combined star power of a pre-pre-superstardom George Clooney and the great John Astin.

Anyway, I made it through that whole bit without any tomato puns. [Editor’s Note: Doug’s puns are the stuff of legend, color me a bit disappointed in a pun free Killer Tomatoes blurb!] 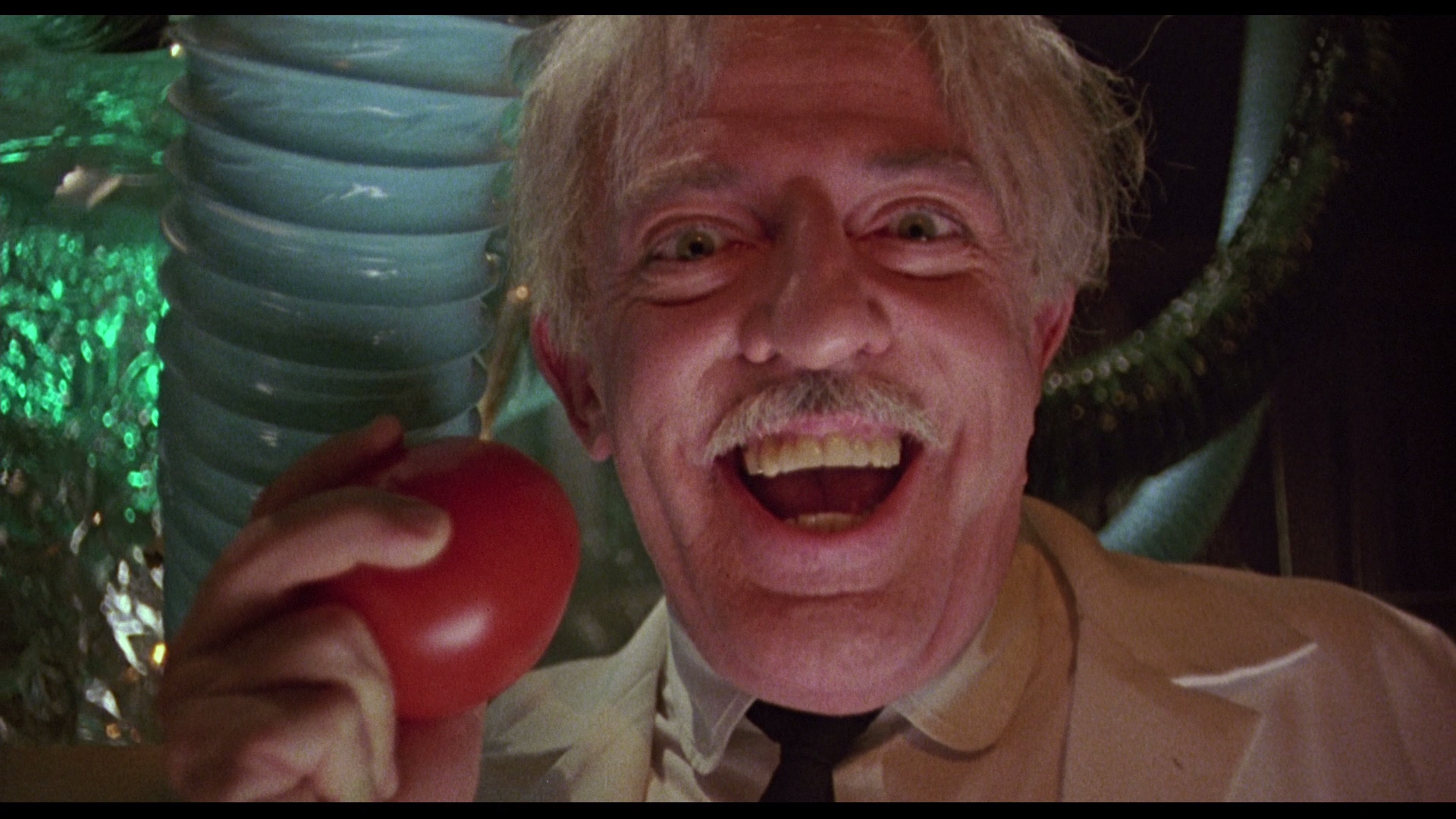 While it doesn’t get a lot of play stateside, it seems the British have remained quite enamored with the potentially ridiculous leafy antagonists from John Wyndham’s 1951 novel The Day of the Triffids. There’s been a 1957 BBC radio adaptation, the 1962 film adaptation directed by Steve Sekely, a 6-episode serialized adaptation made for BBC television in 1981, and – most recently – a star studded BBC adaptation in 2009.

Not bad for a pulpy book about giant carnivorous plants feeding on a post-apocalyptic london filled with inhabitants blinded by a media shower. The 1962 film adaptation retains the basic structure, though replaces the grim ending of the novel with a solution – rather transparently ripped from The War of the Worlds – that salt water can dissolve the plants.

Despite the walking ferns looking a bit silly, the Triffids have managed to retain menace in all of the story’s filmed forms. They’ve also been shockingly influential on the horror genre as a whole, with many films – 28 Days Later, in particular – cribbing from Wyndham’s novel and its notion that in a post-apocalypse world, humans remain the most dangerous element.

Despite their popularity in cooking – and particularly as a pizza topping – I think most of us are a bit wary of wild mushrooms and their potential psychedelic/poisonous properties. Combined with its alien look, this suspicion of the mushroom’s mysterious qualities has made the spore-filled fungus popular in fiction ranging from Alice in Wonderland to Super Mario Brothers.

Ishirō Honda (Kaiju pioneer and lifelong friend and collaborator of Akira Kurosawa) played on people’s natural wariness of mushrooms with his adaptation of William Hope Hodgson’s The Voice in the Night. Matango (aka Attack of the Mushroom People) concerns a group of vacationers slowly starving to death after being stranded on a deserted island. Despite concerns (there’s a wrecked ship on the island covered in fungi), they eventually decide to eat the wild mushrooms on the island and.. Well, just look at that photo! Not only do they slowly get driven mad, but eventually they morph into mushroom people.

Ugly Americans over their heads in a foreign land getting their comeuppance has been rich territory for horror and cult cinema, but few have the pedigree of this underloved film based on the popular Scott Smith (A Simple Plan) novel.

Released in the post-Saw era, what could have been a by-the-numbers tale of American teens, Mayan villagers and some really pissed off plants is punctuated by moments of extreme, graphic violence. These plants don’t just wrap around your neck, they can crawl inside your skin, imitate cell-phones, and gnaw down to the bone. It’s all plenty explicit, and features a leg amputation that might put you off your greens for a while. 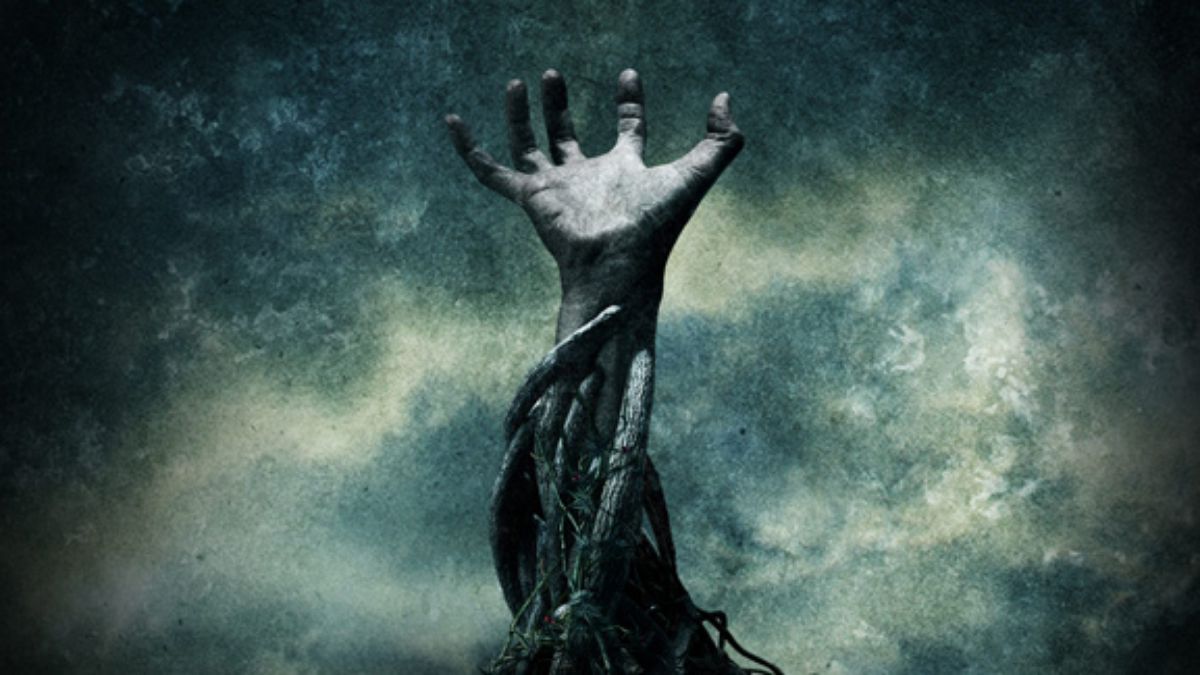 What? You came all this way just to see another reference to The Thing?

Well, when it comes to killer flora from outer space, it doesn’t get much better than the “super carrot” from Christian Nyby’s (with an assist from producer Howard Hawk) The Thing From Another World.

You know the story. Remote Alaskan outpost. Flying saucer in the ice. Creature thaws and goes on a blood-draining rampage. Survivors have to set creature on fire and electrocute it to finally put it down.

Adapted from John W. Campbell, Jr.’s short story “Who Goes There”, The Thing from Another World ditches that story’s element of a creature who can copy the physical characteristics of any living thing, but keeps the claustrophobic surroundings and makes its creature a walking vegetable. As one character asks, do you boil it, bake it, stew it, or fry it?

John Carpenter’s 1982 adaptation went back to Campbell’s original concept of the creature, but Rob Bottin’s incredible special effects still pay tribute to the vegetable interpretation of Nyby’s film. The alien is briefly witnessed in full bloom, even flowering when confronted. When asked what the thing-flower was based off of, Bottin replied “a pissed off cabbage”.