It’s a fun time to be a fan of genre films.

Thanks to the stellar output of niche labels like Scream! Factory, Vinegar Syndrome, and Arrow Video, there’s no end to the B-movies, cult-films and off-beat genre titles that are easily available to as large an audience as will have them. There films are getting the royal treatment too, with great restorations, and copious extras. And it’s not just physical media (which itself occupies an increasingly smaller piece of the entertainment pie); the internet has created an ease of access to these once hard-to-find obscurities. All you need is a little know-how on where to look, and an entire banquet of genre films spreads out before you. 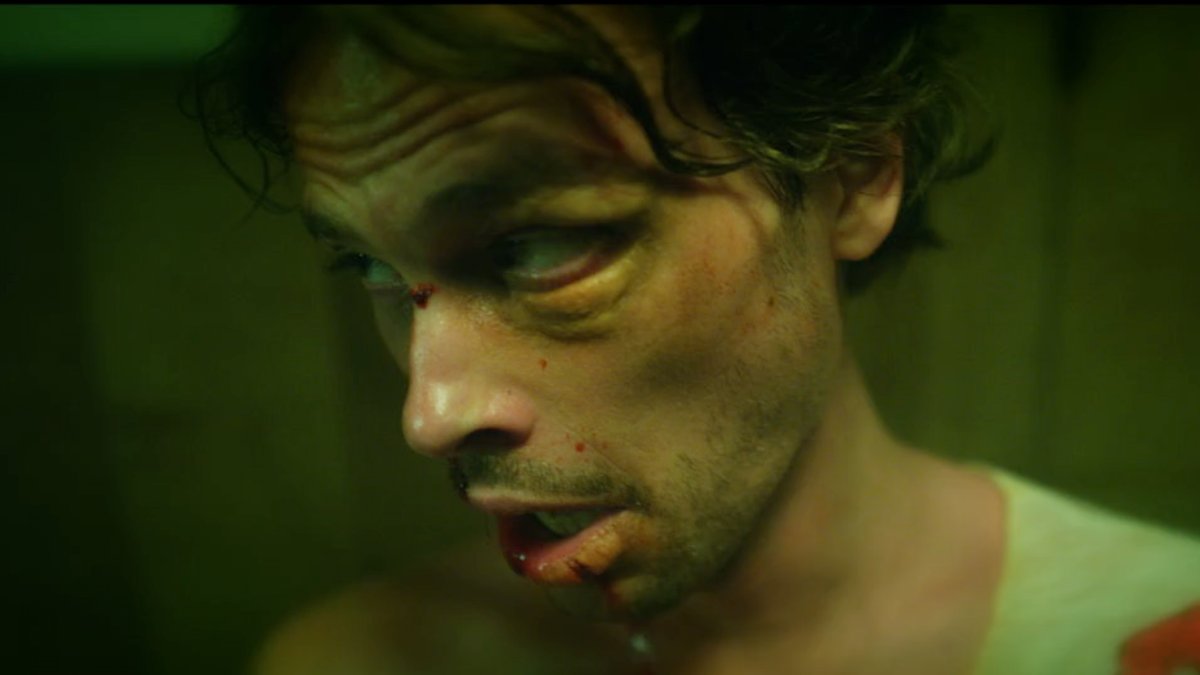 This subculture of rediscovery, aided by the internet, has spurred a sort of retro-genre revivalism in current independent films as well. The past several years have seen a crop of films that borrow heavily from the analogue past with some pretty interesting and unexpected results; at times with a winking irony, sometimes as heartfelt tribute to the genre auteurs of previous eras. We’re watching the last generation of kids who grew up in video stores become filmmakers. They transitioned to the world-wide-web, consuming everything with equal enthusiasm, excitedly reliving an era they missed by just a couple years, experiencing it by proxy through that era’s cultural artifacts; its television, its films, its music; misremembering and warping it through curation and cult followings. They’ve internalized the conventions, rhythms and visual language of that cinema, and sent it back out to the world as something very familiar, yet changed.

68 Kill, which debuted at SXSW earlier this year, and just played BUFF, is one such example of warped genre revivalism. It’s a stew of some very recognizable tropes sloshing together and playing against each other, to make something very much its own. And while 68 Kill is a modern looking film, its narrative language is very much rooted in 20th century exploitation. The movie wears it’s rough and dirty genre signifiers like a tough-guy black leather jacket. Trent Haaga, (who previously wrote the screenplay to EL Katz great Cheap Thrills in 2013), knows his way around genre plots. The film pinballs from femme fatale driven neo-noir crime thriller, to road movie, to druggy white trash melodrama, to horror, sometimes within the course of a single scene. 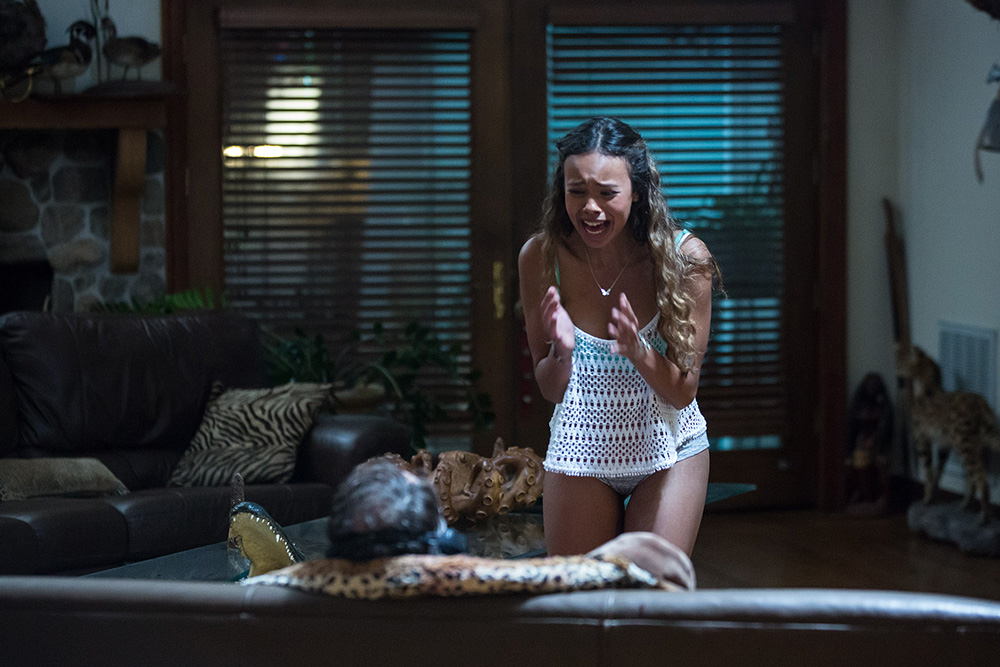 Matthew Gray Gubler, probably most well-known for his role as Dr. Spencer Reid on the CBS television series Criminal Minds, plays Chip, an easily manipulated, put-upon schlub. AnnaLynne McCord plays his dominating, vicious girlfriend Liza. He’s got a job pumping septic tanks, she supplements their income with some prostitution. She gets the idea to steal $68,000 from her john’s safe, and manipulates him into helping her out. The plan is simple; break in, open the safe, take the money and get out. Things go wrong. Horribly, horribly wrong, and Chip finds himself in a quickly escalating situation with casualties piling up, and a hostage in tow.

The robbery/kidnapping sequence is a wonderful set piece which perfectly balances tension and comedy as the increasingly bad situation coincides with Chip’s growing displeasure at being manipulated into doing his girlfriend’s increasingly nefarious bidding. The scene is filled with some very specific, very funny and revealing character moments.

This is before things get really bad, of course. The couple take a detour to visit Liza’s brother, and from here the movie kind of spins out of control. Things take a very unpleasant turn into grisly horror territory, and never truly recover from there. 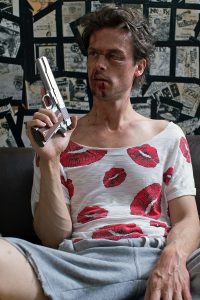 The Liza character is evil to almost Disney-Villain levels. McCord plays this larger, than life, over-the-top character with relish. Her performance is sharp and funny. But from there, every female character is of the whore, whore-with-a-heart-of-gold, or psycho bitch mold (although I fully support A Girl Walks Home Alone at Nights’s Sheila Vand getting more roles). After the third or fourth bloody death, you start to get the idea that none of this is really meant to be taken seriously. But unfortunately, the film turns into a fratty game of one-upsmanship as Haaga piles outrageousness on top of outrageousness, knowingly pushing the envelope of good taste, and ironically indulging in some pretty vile misogyny for fun.

Ultimately, your enjoyment of the film will kind of hinge on your attitude towards an ironic posturing of over-the-top misogyny and violence. I certainly wouldn’t begrudge you your enjoyment of it. But while I like my comedy like I like my coffee – pitch black and bitter – but using disembowelment, rape, and necrophilia as a character’s comeuppance strikes a pretty sour note with me.

In other words, I found it fun. Until it wasn’t.