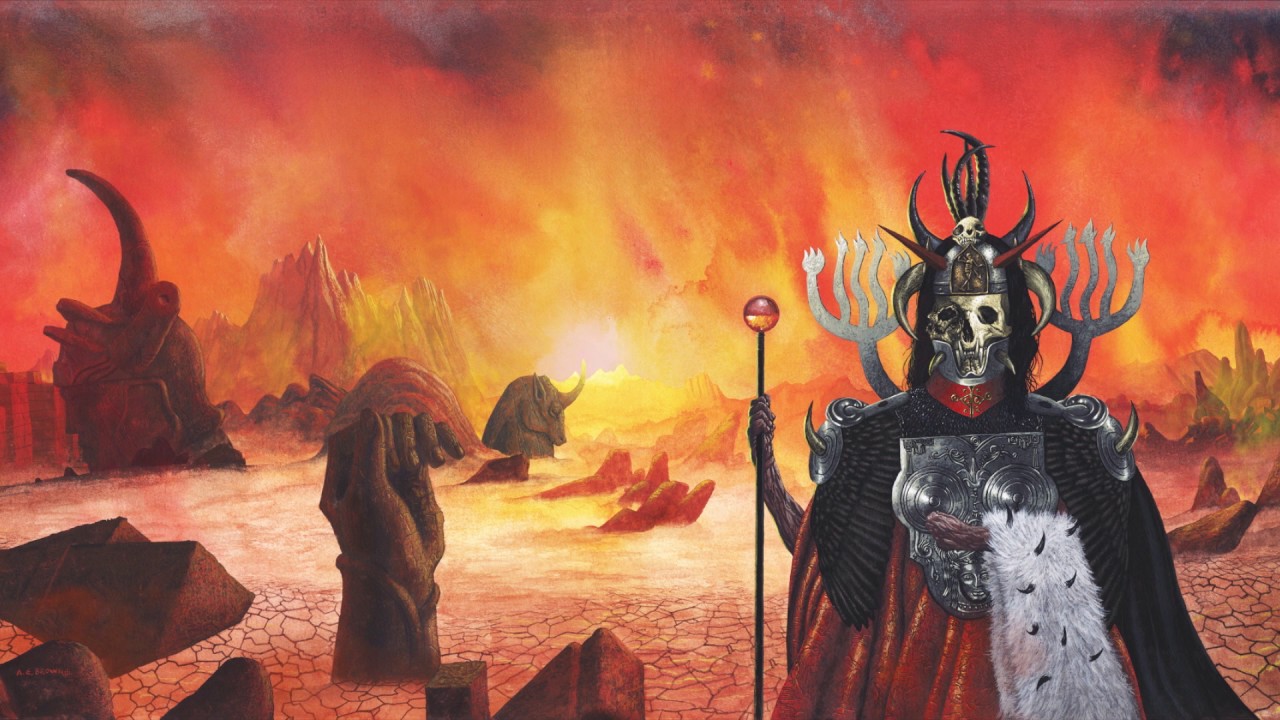 So, like every other metalhead, when I heard a new Mastodon album was coming out, I found myself wondering what it would sound like, because like anyone who has listened to Mastodon for most of their careers like myself, you know the next album will not sound like the predecessor.

Speaking of the predecessor, Once More ‘Round the Sun had a lot of negative criticisms from the metal community about it being a softer, or even sellout album; I was not of that opinion, because ultimately I know Mastodon is progressive metal, any good progressive metal band will never make two albums that are identical.

Anyway, on to the topic at hand, Emperor of Sand. The first single released off of the album, “Sultan’s Curse”, is a very strong opener to the album that sets the tone for what is in store; a solid mix of the complexities of Blood Mountain with some of the structures and songwriting styles of Crack the Skye, and rightfully so, as this album—like Crack the Skye—is a concept album. The story of this album is of a man who is sentenced to death to wander in the desert. While in the desert the protagonist goes through a range of emotions and self-examination brought about by the struggles he faces. Ultimately the protagonist finds salvation and relief through death. The story is of course fictional, but it is inspired by the band members own.

If you missed the growls from pre-Skye albums, well sorry to disappoint, but they seem to be a thing of the past, which to me is not a bad thing; Sanders and Dailor’s voices have evolved with the band’s style over the years, and the occasional harsher vocals still do make an appearance here and there since Skye. As far as the musicianship, it is once again top notch. Sanders, Dailor, Hinds, and Kelliher continue to impress with their technical abilities and songwriting skills, blending some catchy riffs and hooks with some complex arrangements; and in the case of this album some all too real lyrical themes.

Like any concept album, Emperor of Sand is best listened to and looked at as a whole piece rather than a bunch of individual songs stuck together, but there definitely are some standout tracks I find myself coming back to. For me the top three songs on this album are (in no particular order) – “Sultan’s Curse”, “Steambreather”, and “Andromeda”.

I encourage anyone who is a fan of heavy music, or even music as a whole who is looking for something different, more complex and thought provoking than the generic “Top 40” stuff we hear all over the place to check out Emperor of Sand, you’ll be glad you did. This is at the moment my frontrunner for album of the year, but we still have more than six months to go, so anything could happen.