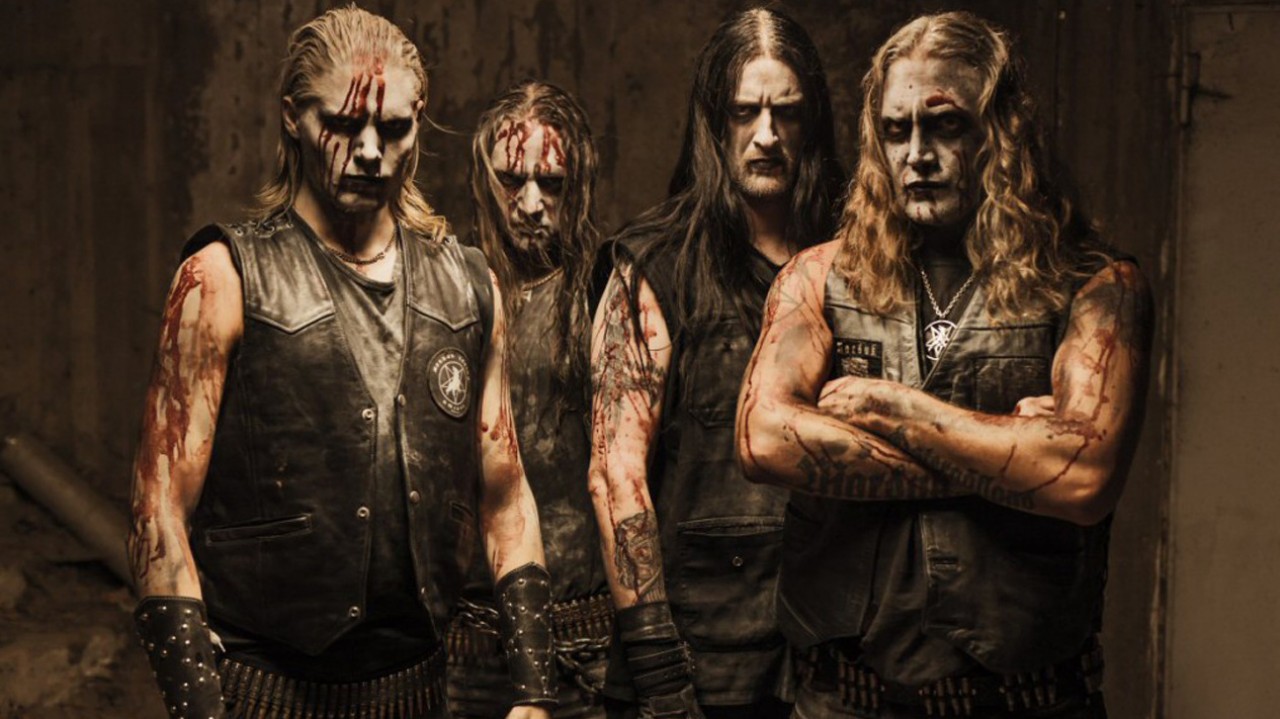 So I have to say I went into this movie, knowing a little bit of its background, and the fact that it dealt with the Black Metal community and culture, but apart from that I didn’t know fully what to expect. I thought it would almost be a historical documentary focused on the pioneers of the genre/scene, like Varg Vikernes and Euronymous, although these two notorious artists were mentioned, I was surprised that it was more of a “docu-drama” that followed around a few black metal artists from different parts of the world and some very different backgrounds as they all tried to make their own lasting mark on the Black Metal scene.
The first artist, or well the one that stuck out in my mind the most, is Hector, the Satanist frontman of Columbian black metal band Luciferian. In Columbia, the population is rather religious and black metal as a whole is not very big, nor is it looked on favorably, so the political and social climate makes their battle for recognition even more difficult.

The thing about Hector is that he was completely and seriously devoted to Satanism and black metal as an intertwined set of beliefs and lifestyle, and in one particular scene, really took things to the extreme. In this particular scene of the film, on his quest to take his band on the [un]-holy pilgrimage to the birthplace of black metal—Norway—to play in a festival, he arranges a meeting with the local “black pope” or high priest of Satanism. The black pope and Hector talked about some of the financial and bureaucratic challenges that faced him and his bandmates, and it was concluded that Hector was going to take part in a ritual in which he sold his soul to Satan in exchange for help getting his band to Norway. Well this turned into a very bizarre, like out of horror movie bizarre, ritual involving a naked women, candles, black robes, etc.

Call it magic, call it evil sorcery, or just plain old coincidence, Hector and Luciferian do find their way to Norway. While there, they explored the areas around the festival they were playing, on almost what they saw as a religious pilgrimage; Black Metal being their religion. The seriousness and dedication of these artists to their art is inspiring, no matter what you think of it, or how you feel about the culture around it, you cannot say Luciferian are not a dedicated bunch.

One of the other two musicians Blackhearts focused on is Kaiadas. Kaiadas is a member of Greek black metal band Naer Mataron, and also a member of the controversial Greek political movement known as the Golden Dawn. Naer Mataron, like Luciferian were willing to do anything to take the pilgrimage to Norway to play a festival. Hailing from another overall religious country, and a country not deep rooted in metal, Naer Mataron faces their share of uphill battles to eventually play in Norway, though without one of the founding members, Kaiadas. Kaiasas was put in jail for his association with the Golden Dawn when Greek officials went on a sort of “purge” and arrested members of Golden Dawn for belonging to a criminal organization.

The last musician comes from probably the most unlikely place anyone would think of a Black Metal artist coming from: Iran. Sina, the architect of one man band known as From The Vastland has probably the biggest barriers to his career dreams than any of the other protagonists. In Iran, Black Metal is strictly forbidden; forbidden to be played, recorded and released and the penalty for doing such is severe. When Sina is invited to play a festival in Norway, he is pinned in a corner and faced with some tough, life-changing decisions. If he goes to Norway and plays, there is a good chance if the Iranian government finds out what he did there, he would not be let back in the country, meaning he would not be able to see his family, or if he was he may be put into prison. Ultimately, Sina chooses to go with his passion and pursue a career in the land of black metal and leave his family behind. 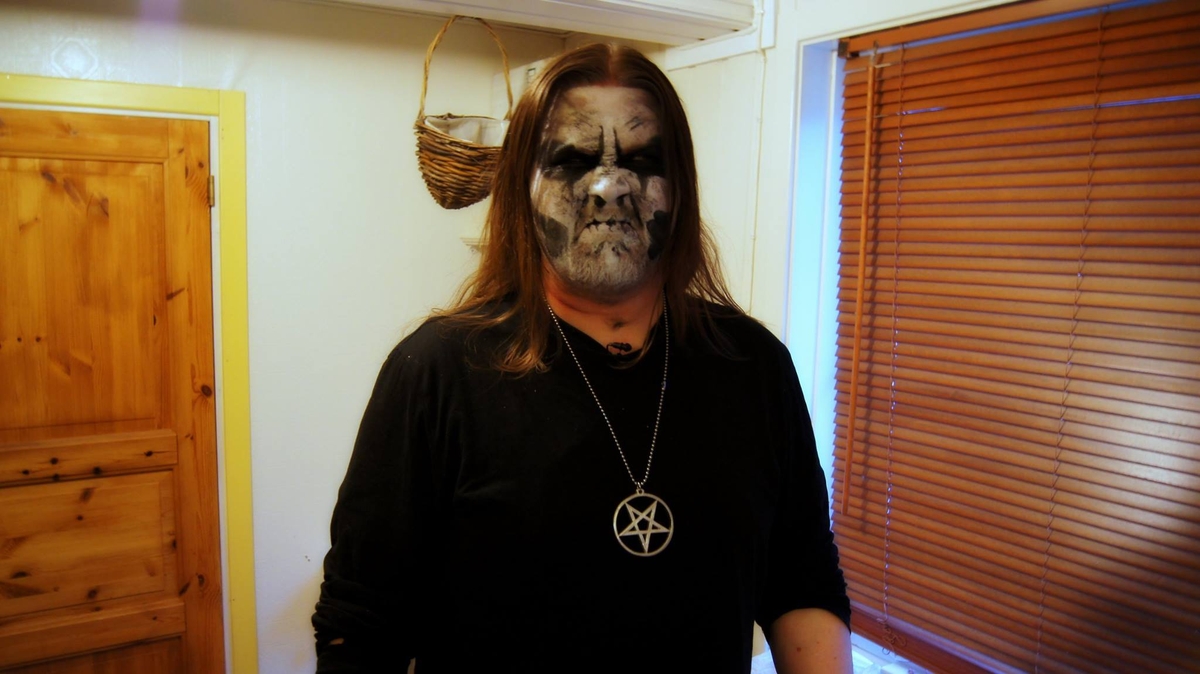 The biggest takeaway from this movie is the depth to which all of these artists were dedicated to black metal and its ways, and how its ways mean different things to all of them. The ultimate foundation of Black Metal is based on rebellion against what is popularly accepted, and some of it is taken to the absolute extreme (Google “Varg Vikernes”). Musically, it is often produced and made similar to the old-school punk movement where lo-fi quality and rawness were paramount. As far as the vocals go, well that is a different story, some of the more melodic, dare I say almost “progressive” bands like Enslaved do feature parts of clean singing amoung the trademark shrieks, but the “traditional” music features more of a shriek/growl, which we see some examples of both in this film. I left this movie feeling a little bit sorry for these guys and their families, passion about what you do is definitely a great thing, but in almost all of these cases (some more extreme than others) personal well-being/happiness is put before family, but I guess that is part of the “rebellious” culture of Black Metal.