As a film, The Intruder wasn’t necessarily a favorite I’ve seen this year. In fact, it wasn’t even one I would rank anywhere close to my favorites. However, I am so thankful for it and for its release. Every moment I watched, I felt myself smiling, beaming with pride perhaps, for someone from my hometown area was responsible for discovering a lost print of a seemingly lost film. Not only did he discover the film, but he did all of the work it took to get it ready for release, and then released it. People like this need to be celebrated by seriously considering what releasing films like this means to the world.

Before we spend a bit more time on why this film and releasing films like it is so important, let’s talk about the film itself. The Intruder is a 1975 horror film starring Mickey Rooney, Ted Cassidy, and Yvonne De Carlo. Director Chris Robinson is mostly known as an actor in several western films and television shows and two of his primary stars of the film, Cassidy and De Carlo, are mostly known for their roles in the classic show The Munsters. The cast is rounded out by Chris Robinson himself, his wife Phyllis, and several lesser known actors from the era. The IMDB plot summary (incidentally written by Harry Guerro) reads as follows:

The lust for gold and the reading of a will brings eleven visitors to a remote island retreat, but an unseen, seemingly unstoppable evil follows to stalk them one by one. The bodies don’t stop dropping until the final shattering conclusion. Who – or what – is the intruder? One thing is for certain: it will not stop until it kills them all.

The plot is structured as traditional mystery thriller in the style of a classic novel from the likes of an Agatha Christie or Sir Arthur Conan Doyle. Throw in some gory kills and an uncertainty about whether or not the killer is supernatural in nature and The Intruder is born. In the same manner as the giallo films of its time and the other proto-slashers that lead to the slashers that began their heyday in the late 70s, the film has an odd and flawed script, features some noticeable pacing missteps, and isn’t exactly free from overt melodrama; however, also like the aforementioned subgenres, the film has a very certain charm of its own. 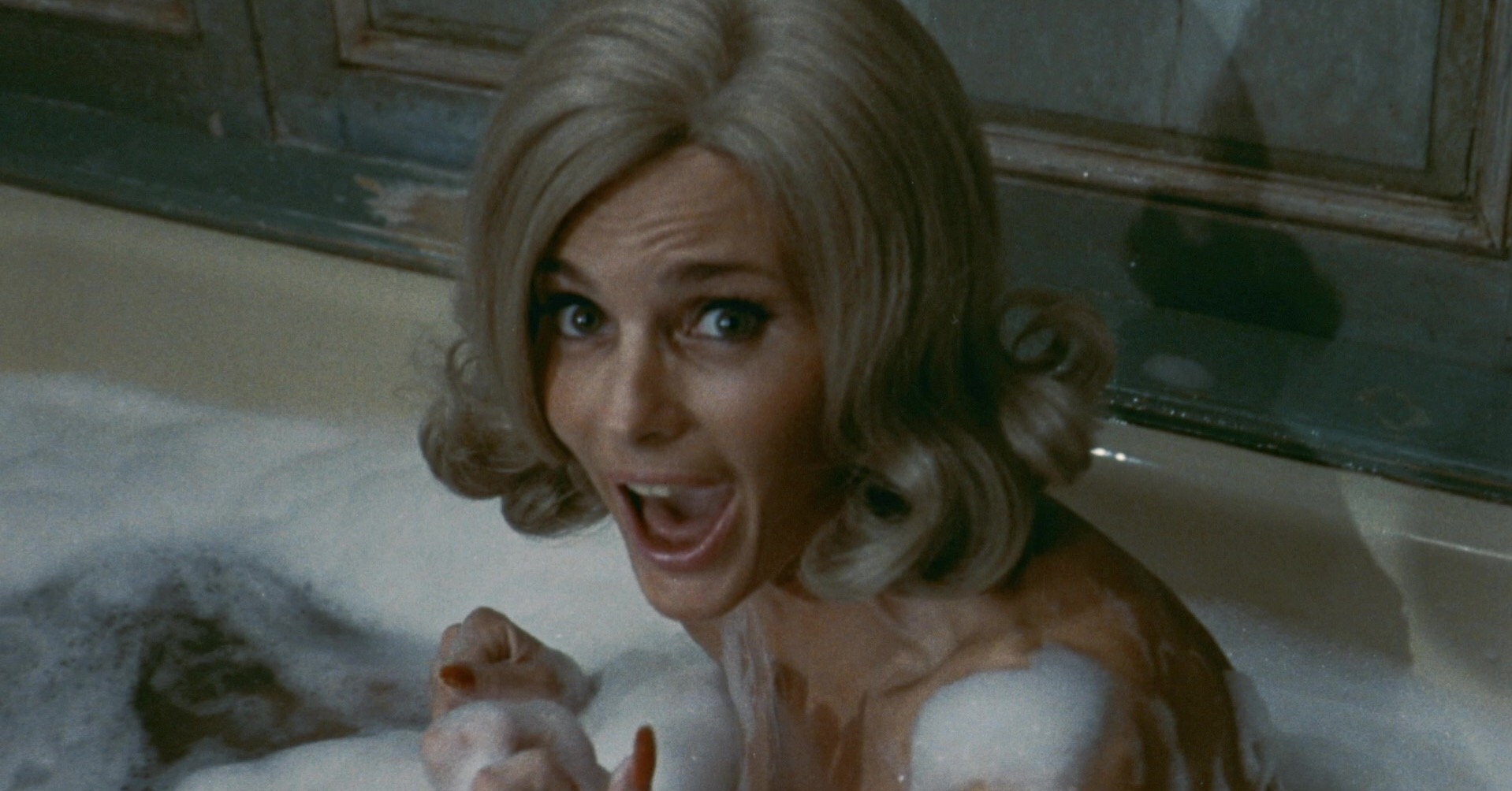 Highlights include a kung fu scuffle that feels wildly out of place and a good deal of weird and clunky dialog that only feel at home in the B-movie world of the 70s. However, mostly, the highlight is really the fact that the Blu-ray of this film exists. In a world where most people, myself included, can barely be troubled to locate a piece of physical media, since so many films are at our finger tips each and every moment. Yet, there are some, like Garagehouse’s Harry Guerro, who love film so much that they seek lost films, then spend the time of money it takes to restore them. These people, like Harry, are a rare breed, but they remind me just how many intriguing and quirky little projects are out there for our discovery… we just need to put in the effort.

Just think of some of the films that we now have access to because of people like Harry: Wake in Fright, Deranged, Shadows, and many more. It’s hard to wrap my mind around just how many films haven’t been found yet, but will be one day. Moreover, all of the work that goes into each of these lost films makes them all worthy of being found. 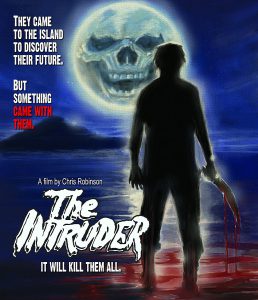 The long and short of it is that The Intruder is one I’m more than happy to have in my collection, even if not necessarily a film I plan to watch over and over. The Garagehouse release includes:

Grab a copy today at DiabolikDVD!