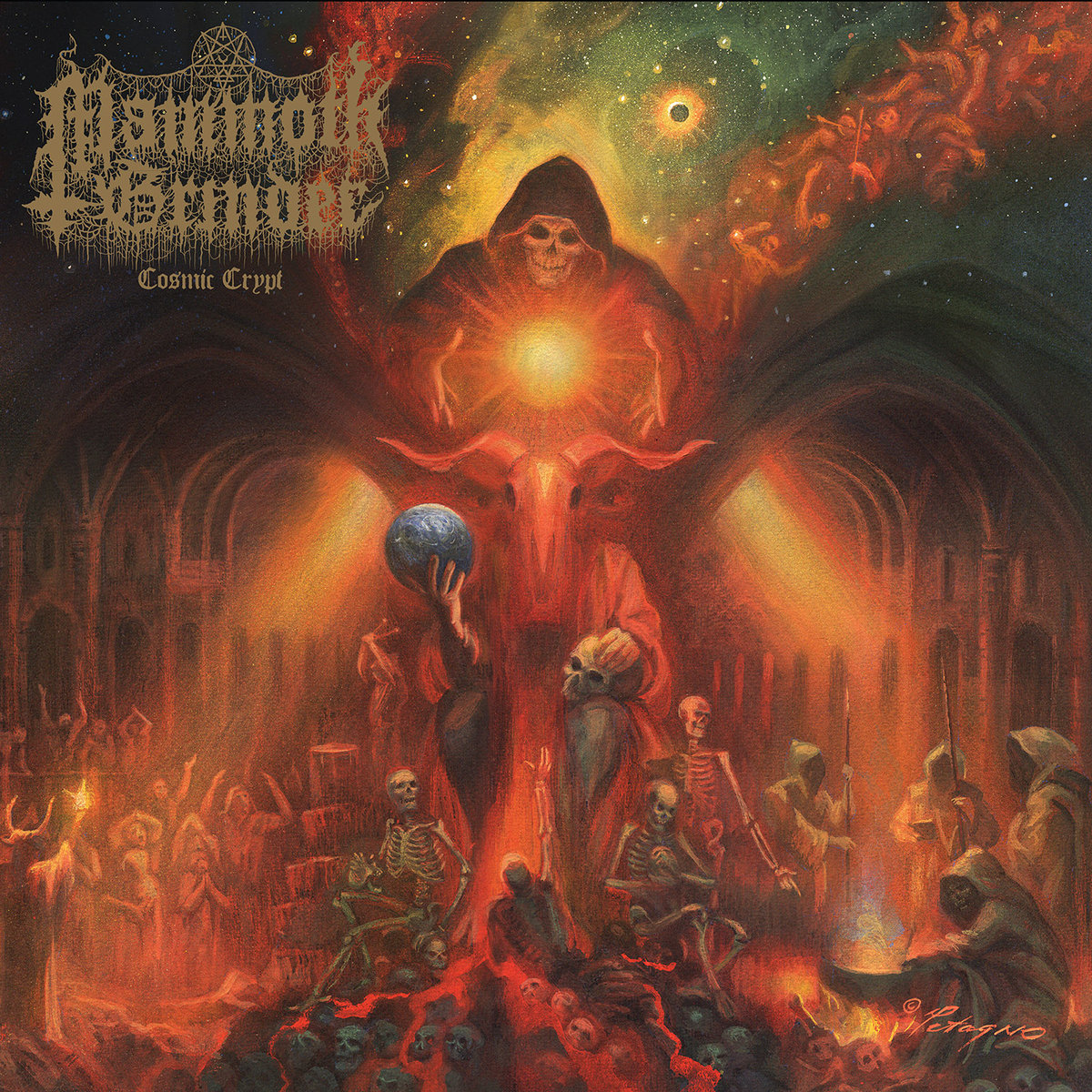 Who is Mammoth Grinder?

Mammoth Grinder is a three piece extreme metal band from Austin, TX. They formed in 2006, released three records and appeared on some independent splits. They took a five year break and returned this year with Cosmic Crypt, an 11 track sonic assault of extreme punk tinged death metal goodness that won’t let you go once you begin to listen and their first on their new home label Relapse Records.

Check out a couple of the standout tracks:

They will also be going on the road this winter/spring in support of Cosmic Crypt and I believe any death metal fan worth there salt should go support them. Great album, strongly recommended.