Multi-talented multi-instumentalist Morgan X Barrie just dropped his latest album, Fall. Recording “98%” of the music himself, Morgan isn’t a stranger to hard work and determination. His working man’s singer-songwriter vibe lends itself well to his indie rock/folk/pop style. Whether a beautiful piano interlude, a catchy acoustic guitar riff, or unique vocal melody, each song has something there to suck you in. 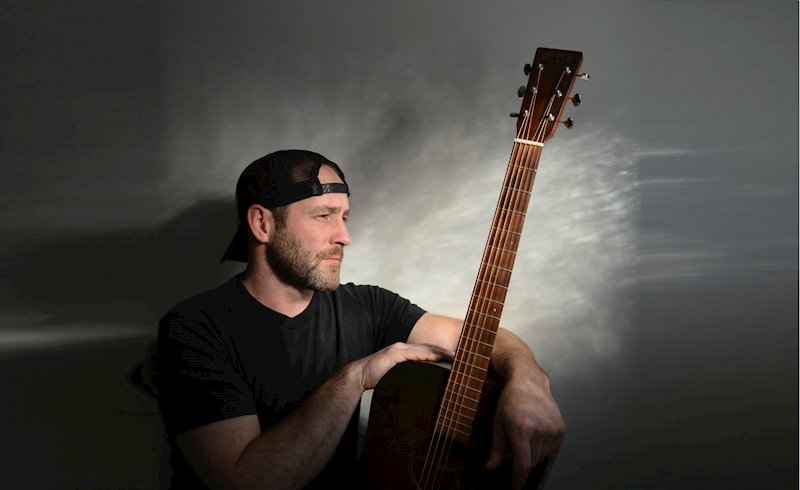 Others have compared Barrie to Nick Drake, Leonard Cohen, and Neil Young, but here – on Fall – I can’t help but hear a strong resemblance to the more pop oriented side of Dave “Pedro the Lion” Bazan. When it comes to the works of the prolific indie songsmith known to the world as either Dave Bazan or Pedro the Lion, I’ve always been most drawn to his more pop oriented tracks. Thus, it comes as a welcome addition to my music collection to get a full album of similarly crafted tunes from a new and exciting artist.

The other thing that reminds me a good deal of Bazan is the beauty in the simplicity of the songs. This doesn’t mean that there aren’t elements of the compositions and instrumentation that are complex and layered. On the other hand, it means that there is never a feeling that the songwriter is getting “too cute” or that he’s “trying too hard”. It really just means that the songs feel intuitive and effortless in their performance. Yet, anyone who knows music at all knows that it takes some great effort to sound so effortless.

Barrie’s songs are all expertly crafted pop hits that would fit in on a wide variety of radio stations or as great songs for your yet-to-be-discovered favorite indie film. In fact, something about them makes me want to go out and write a quirky indie dramedy for Barrie’s tunes to be featured in.

The standout tracks are “Control”, “Plastic”, and “Feeling Winter”… maybe. Honestly, the whole album is a pretty solid listen, from opening riff to closing note. Though, after a few listens… those tracks stand out as the ones that stick most with me. In a week or two, it’s more than possible that the list could change. This is the mark of a good album; so many albums only produce 2-3 songs that you remember, while this one is clearly not that kind of album. Instead, if this album has 1-2 songs that I don’t remember, that may actually be a surprise.

With this, I admit that I’m a notoriously positive critic, who tends to cast a wide net with the music I enjoy. However, even with my tendency toward high praise of indie artists, this is an album I expect to listen to for years to come. Great work, Mr. Barrie. Thanks for the music.