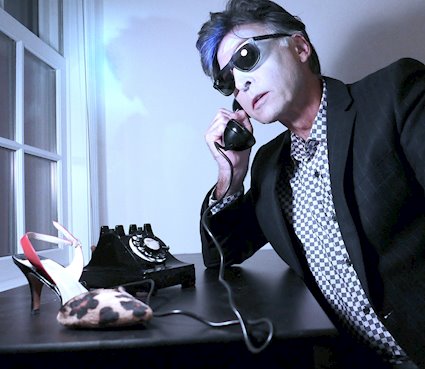 The latest single from NYC rocker Les Techno is an upbeat alternative track reminiscent of the great alternative and new wave rockers of a gone era. In that classic Ziggy Stardust era and the years following, there was a certain sound and feel to the glam and new wave tunes coming out of New York and beyond. That specific alternative scene was vibrant and produced lasting tracks and acts that continue to get a ton of play today.

If you don’t quite get what I mean, think of bands like XTC, The Jam, and the Talking Heads. All of these acts were different and diverse, yet shared a certain feeling in the music they wrote and performed. The glam acts like David Bowie or the post-punk sound of bands like Echo and the Bunnymen were wildly different in many ways, yet they all shared this sensibility that was key to the music of that era. That specific sensibility that makes that era of music so lasting and so important is very much evident in the music of Les Techno.

Available now on iTunes, Spotify, and Apple Music, Les’s “Come Along” is right out of this classic era. It’s got danceable beat and that 70s/80s alternative vibe than fans of groups like XTC, Nick Cave, and the Psychedelic Furs will love.

Les cut his teeth on production work and it shows. Having produce great hip hop and reggae tracks for the likes of Run DMC, Mobb Deep, and Georgie Blacks certainly seems to have helped him create a musical style and production value that blends other genres into his particular style. Artists like Joe Strummer would be proud of the way Les Techno is able to capture a variety of musical tastes while still putting out a sound that is distinctly his and still feeling like it pays such homage to a classic alternative sound.

Start off with this track them click some of the links below to explore more of what Les is all about. Overall, a great track for your weekend activities, whether going for a drive, doing housework, or hanging at the beach.