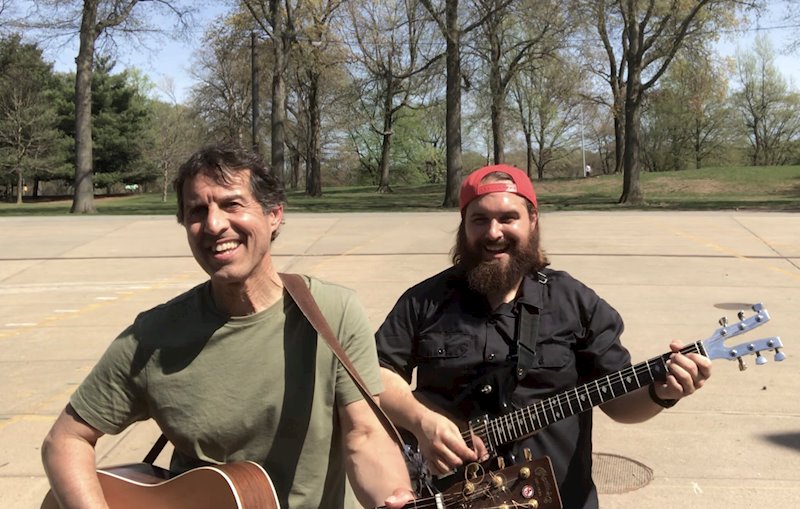 Last week, we debuted the latest music video from Like Father Like Son, “Sharks and Dinosaurs”. We got some great response to the video… but that’s no surprise, as it’s a fun video for a great pop rock tune. Frank Gallo of Rolie Polie Guacamole and Karabas Barabas enlisted his incredible musician father, Lou Gallo, to create an album of new family friendly tracks that has a wide appeal.

Today, we present to you a brief review of the new album Sun is a Star, told primarily through a list of Cash’s top 4 song from the 14 track debut full length from the father/son duo. In no particular order, here they are:

The opening track is one of Cash’s faves, “Sun is a Star”. Why does he love it? His reasons are pretty funny and his pun game is already on point for a 9 year old…

Check out the music video for this fun song below.

You may be familiar with this one, as we noted above that we premiered the music video last week. However, it goes to reason that you may not yet be familiar with it either. This one is one of Cash’s faves for a very clear and simple reason…

Sharks are my favorite animal!

He loves dinosaurs, as well. It goes to reason that he’d love this one; and, I won’t pretend that I don’t love it too!

We happened to debut this great video, as well. Back in October, we got to share this one and it is a blast. Take a guess why Cash loves it so much…

Halloween is my favorite holiday. I love it!

I loved the song first I heard it and still love it now. Good Halloween music always seems to hit my sweet spot… apparently, my son’s too!

The 4th and final track of Cash’s top 4 is “Shake Shake Shake” and he told me that he simply loves the beat. It’s a great toe-tapper for sure.

The long and the short of what you need to know most about this album is that it is a great kindie album and a great album for the whole family. It is now available at CDBaby, iTunes, Bandcamp, Spotify, and Amazon. The Gallos really put together a fun and well made debut full length. It’s worth the time and small investment for any parents out there to check this one out. Good kid-friendly music isn’t always easy to find.