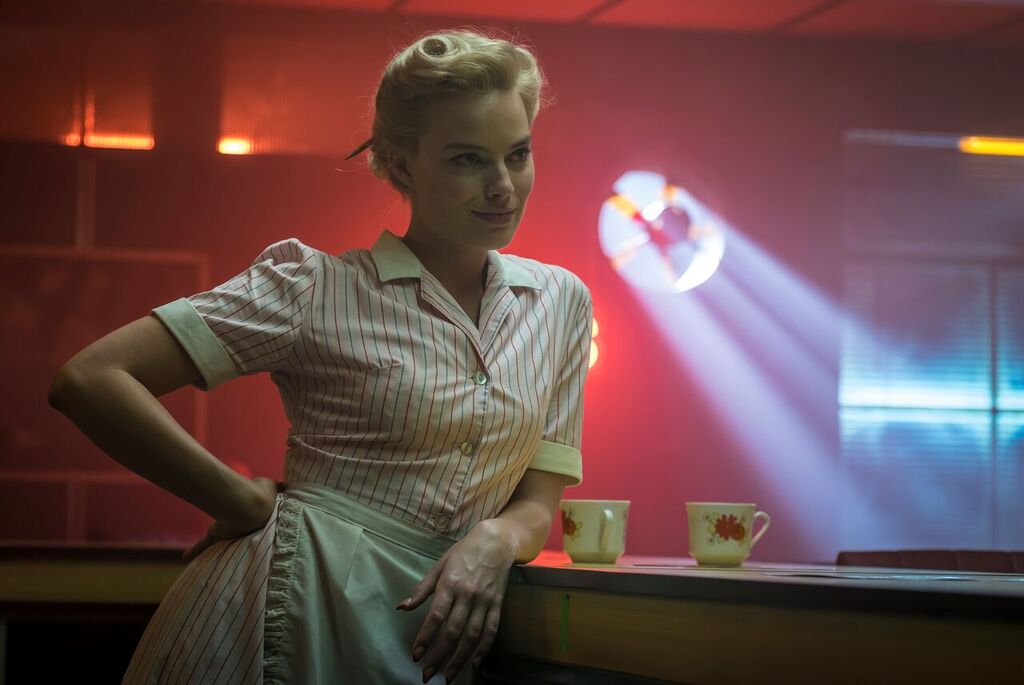 The recently released Terminal features an all star cast and an intriguing plotline, but somehow never delivers on the promise of the sums of its parts. When your film stars Margot Robbie as a beautiful femme fatale living a double life, begins with an interesting dialog between she and Simon Pegg, and features Mike Myers as an old Scottish janitor, there are some lofty expectations. While there are some ambitious decisions being made by writer/director Vaughn Stein and aforementioned cast delivers the goods, the film never quite gets to its promised destination.

Writer/director Vaughn Stein has an impressive resume as a second unit director and assistant, but is just jumping out on his own. To score such an impressive cast on his first feature says something about the way others view him. Unfortunately, much of what landed him this gig and this cast goes unnoticed in the film. The visual style that he seems to be aiming for is alluring and unique, with a bit of a cyberpunk feel to it. Yet, this style seems to only peak out from behind clunky shots and poor cinematography much of the time. This isn’t to say that the look of the film is distracting necessarily; but, if executed the way it seems to me it was likely originally envisioned, it would have truly elevated the film and helped audiences to overlook other flaws.

What’s more concerning is the script. While some of the dialogue is interesting and clever, much of it feels overly hard boiled and contrived. Moreover, the narrative loses steam from time to time and it loses itself by the end. Despite some really great twists, some fantastic comic moments, and several really interesting ideas, it just can’t find a way to keep from coming off the rails (this is my third train pun in the review, sorry… it’s the Dad in me).

But what’s most frustrating about the film is that there is some legitimate genius in it. It has incredible potential and shows a filmmaker who is bound to be great once he is able to fully find his voice and get his ideas to translate fully onto the screen. If this film had nothing of value in it, this review would be summarized in a meaningless paragraph or two; instead, I could go on and on about the scenes that show some real greatness buried just below the surface.

With all of this said, this is a must see film for that reason. There is a great filmmaker in Stein, even that great filmmaker hasn’t broken out yet. This film shows that there are tons of ideas bubbling within him and he’s undoubtedly not too far off. Once can get a full head of steam, his train is bound for glory (two more train puns… sorry, I can’t stop). So, grab a copy of this one on VOD or the home video format you prefer and see for yourself that Vaughn Stein is a strong genre auteur in the making. The strong performances, especially from Robbie, are worth a look or three, as well.