I gave up on Splatter Matters. Herschell abandoned splatter for yet more rape and I simply couldn’t abide. After taking a seven month sabbatical to help cleanse my mind of the truly awful ethos of Just For The Hell Of It, I’ve made my triumphant return to the HGL Feast Box Set from Arrow Films and hope to find some redeeming quality in the few films I have left. 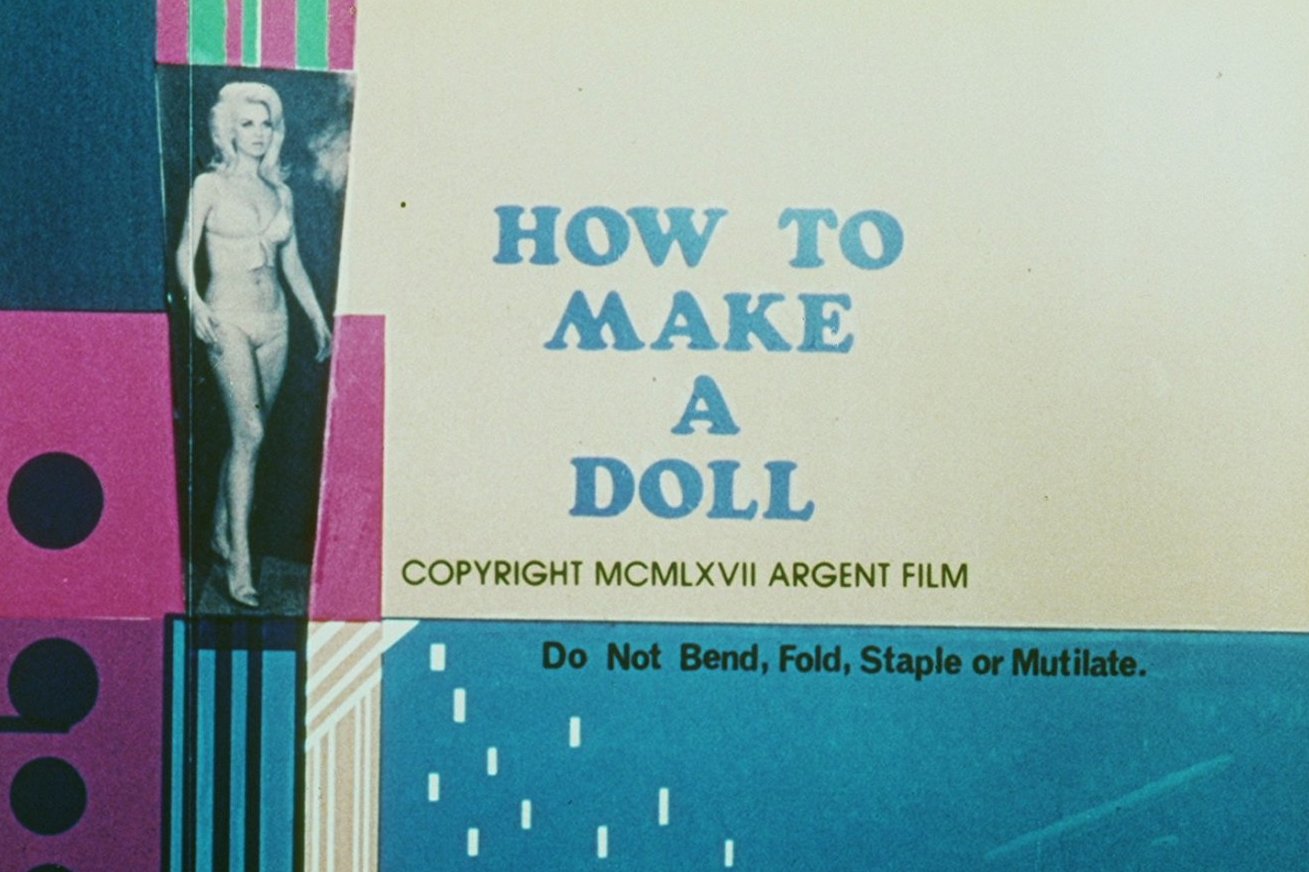 Of course, the first film I return to is How To Make A Doll, the poster for which features an excellent tagline, but one that immediately made me leery considering my previous experiences with HGL – “WILL SEXY GIRLS OVERRUN THE COUNTRY?”

In his introduction to the film, Herschell, ever the salesman, uses the ad campaign to trash his own movie, saying “The campaign was, in my opinion, a superior campaign, and once again, for movies of this type, the campaign could be much more significant than what’s on the screen itself.” Dammit if I don’t admire this man’s willingness to admit he was just trying to sell tickets to movies. He then attempts to claim that he only made this movie at the behest of a producer’s wife, and thus used the fake name Sheldon Seymour for his writing credit (which he says are the two names that every projectionist and distributor have, so he just mashed them together). I feel like this is just him trying to excuse himself for making yet another reductive movie about women, but who knows.

How To Make A Doll is a completely splatter-free sex comedy, something I did not expect to see in his filmography, and one that, by his standards, is fairly harmless. It is awash with the gender and sexual politics of its day, and in that way still pretty rough, but ultimately it’s just super goofy and has nothing to say, which in HGL’s case is for the better I think. It’s basically about a college math professor who doesn’t understand a thing about women, and helps his mentor to build a super computer that can create programmable matter from thin air – meaning they can essentially build busty women to be their sex slaves. The computer quite literally makes fart noises while it works, because that’s the level of comedy we’re working with here. 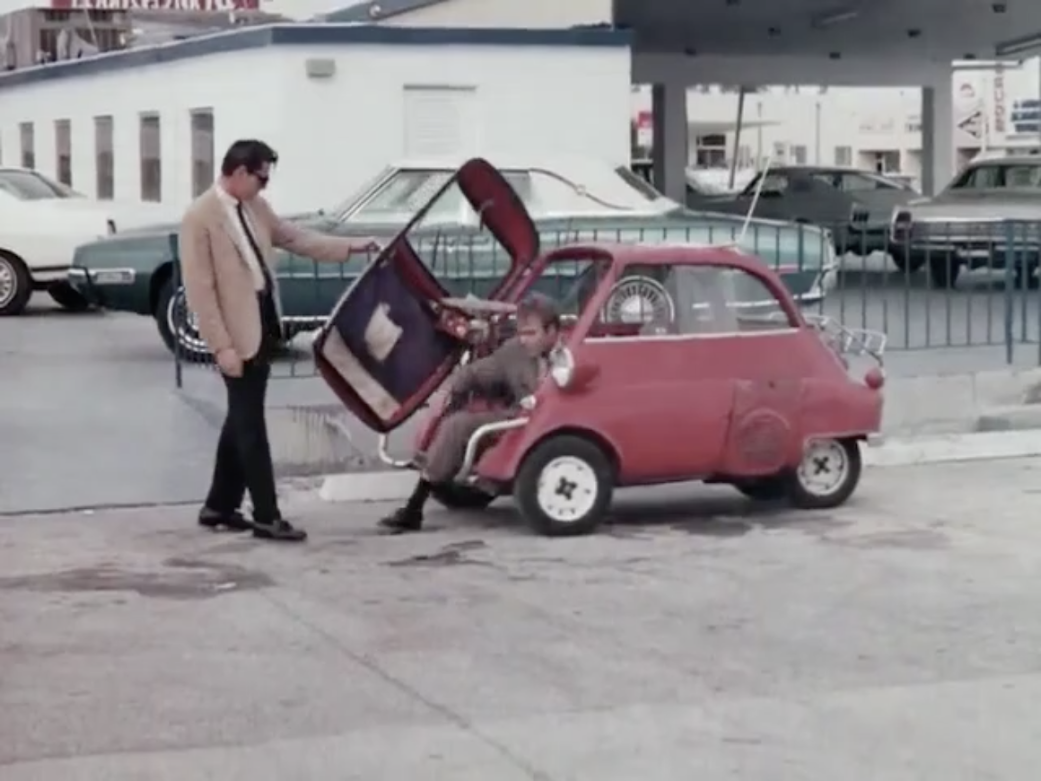 Almost immediately the mentor character decides he wants to become one with the computer and thus be immortal. However, this leaves him without the ability to experience the pleasures of the flesh, so he uses himself (the computer) to magically turn our main character into a Casanova that he can send out to pick up women, have sex with them, and then return to the computer to upload these experiences. Yes, it is really fucking weird that they demonstrate the ability to make women that exclusively want to love them, but then immediately abandon this for a far more complicated route to the exact same end – to have sex. By the way, sex is depicted with cut aways to pencils being inserted into sharpeners, and screws being threaded through nuts. The height of comedy, folks.

Eventually our hero (?) is exhausted by this experience and comes to understand that this isn’t love, proclaiming he wants no further part in “the battle of the sexes” and erases the computer program (which I think kills his mentor, though that’s unclear) and seeks real love with a real woman. He almost immediately meets a woman, a former student who, because she’s wearing glasses, we’re meant to think is the ugliest creature on god’s earth (she’s ridiculously attractive if you’re not picking up my sarcasm) and the last 20 minutes of the movie are a very slow, boring romance.

OK, so that’s the movie. It’s not very good, but it’s not nearly as offensive as most of his other movies. I wanted to get through all of that as quickly as possible so I could talk about the most important thing that has ever come up in this column – the 1956 BMW Isetta 300. One of the world’s first microcars, featuring a 1 cylinder engine and a hefty 13 horsepower, and the protagonist’s main mode of transportation throughout the film. It’s the goofiest fucking thing I’ve ever seen in my life – the only door on this car is the windshield, meaning the steering wheel is built on this crazy crank mechanism that moves it in and out of the way as you utilize the door. It’s by far the smartest, best joke in the movie that this romantically incompetent college professor chooses to drive a tiny, nearly powerless vehicle everywhere he goes. He even takes a woman out to a fancy restaurant in it at one point, and then leaves it with the valet who does a great physical comedy bit of not even understanding how to get inside of it. It’s the best thing in this movie by far and I wish the whole thing were just about this stupid-ass car. 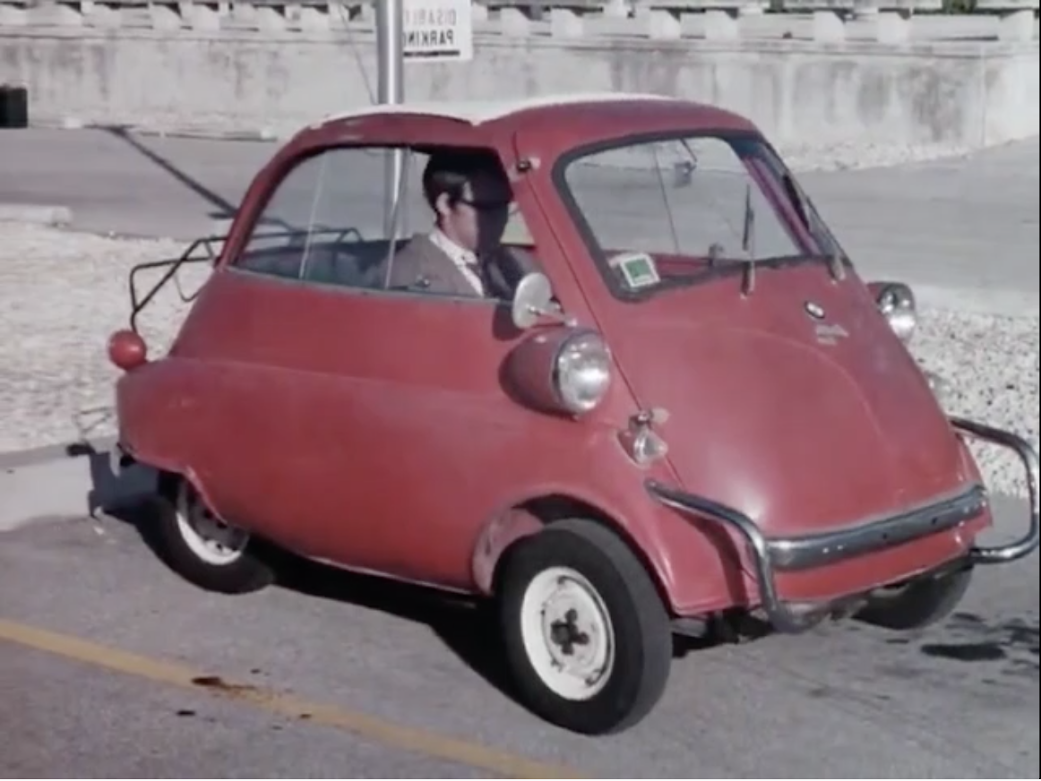 So, now we’re left with the question we began this series left – does Splatter really Matter? I honestly don’t think it would have improved this particular movie, as I imagine that would have tipped it right back into the territory of violence against women that HGL loves so much (which is not to say this movie is completely devoid of that). That said, this movie is kind of a bore, and Splatter is nothing if not exciting. So I’m gonna count this as a point for matters, rather than against it.