There’s a certain sound you’d expect from a band that lists Silverchair, Blink-182, Lagwagon, Nirvana, Metallica, Green Day, and The Offspring as influences. You’d expect a 90s flavored pop-punk band with some grunge and alternative radio type tendencies. And, if you expect this type of sound when you head into listening to the latest album from Australian rockers Halfwait, you’d have those expectations met. However, this isn’t to say that this is a bad thing; on the contrary, the best things about that era pop-punk, grunge, and alternative music are all on display here.

Much like another band I recently reviewed, Astral Cloud Ashes, Halfwait finds a way to suck in some of the best of what the 90s music scene had to offer and update it for a 2018 audience. The finished product here is a sound not too unlike other modern acts like MuteMath, Silversun Pickups, and Airborne Toxic Event – a blend of the poppier side of punk rock, modern rock, alternative, and grunge. Sometimes songs feel more Blink-182 inspired, while other songs feel more like the Goo Goo Dolls. Bands like The All-American Rejects, The Ataris, and Unwritten Law all jump out as comparisons. It’s radio friendly rock music that should still keep the underground kids happy… and, honestly, there are few types of rock music more appealing to me that that of bands who can blend that indie DIY spirit and ethic with poppy hooks that will keep the “normal” kids singing along.

These 11 tracks clock in around 37 minutes, making the average length a little over 3 minutes. Any pop music aficionado knows that 3-4 minute songs are where it’s at. Halfwait constructs the perfect type of 3-4 minute track… each song gets in, punches you around a little, and gets out before it overstays its welcome. These upbeat tracks are catchy, danceable, and infectious. The slowest and least upbeat track on the album is probably “Would You?”, which also has the grungiest feel on the album. If you replaced the distinctly pop-punk style vocal with Cornell, it could easily be a Soundgarden track. The fuzzy gruff guitar riffs are stellar and the track demonstrates that the band is able to burn down the tempo without sacrificing their ability to write an addictive melody.

The other 10 tracks may be a bit sunnier than “Would You?” but there don’t sacrifice power to do so. The album’s track find a way to retain some of that gruff grunginess while riding the powerpop train all the way to the station. The first single, “Who Are You?” (video above) has that alt-rock flavor with a pop punk influence, while the penultimate track “Now and the After” flips that formula, using the pop-punk attitude as the driving force. Each track highlights one of the band’s biggest influences a bit more than others, but the sound feels like a cohesive one throughout. In fact, never once do these influences and comparisons indicate that this is a derivative act. This is a band with their own style and their own sound that knows how to blend in a huge variety of influences to create something that refuses to sound like a carbon copy. 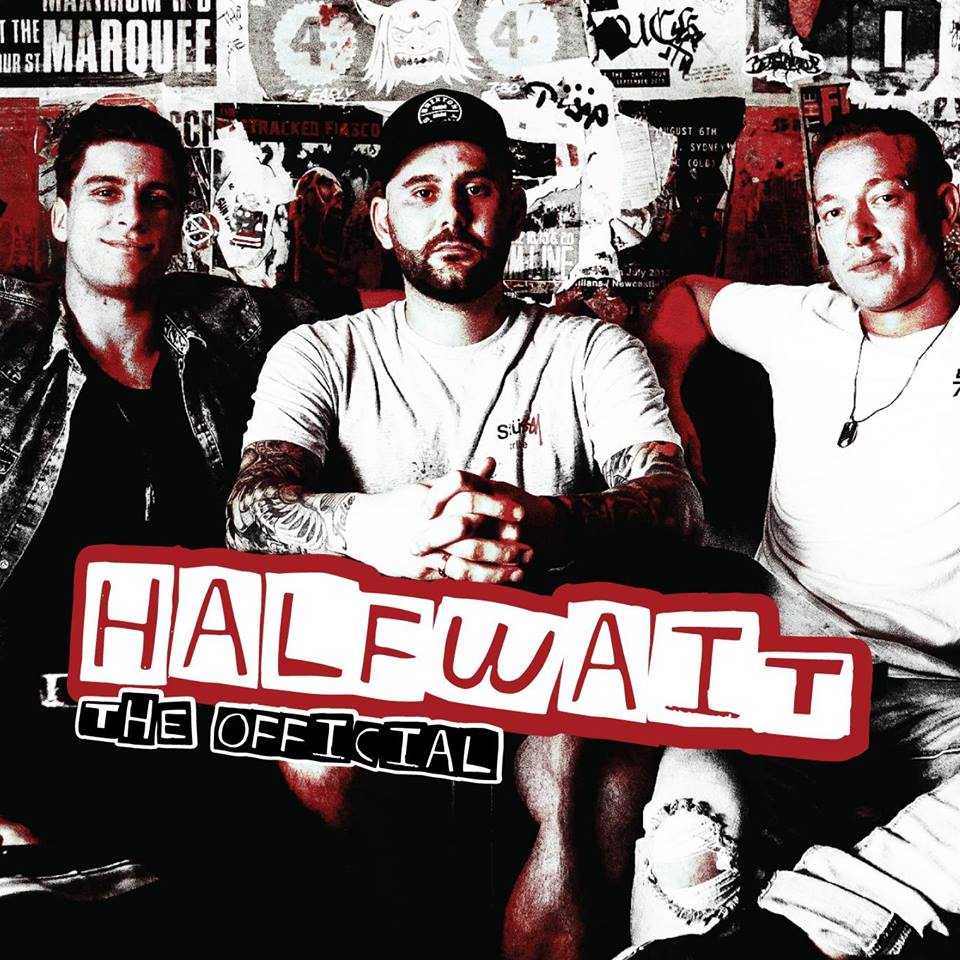 Fans of a variety of bands and musicians will find Halfwait to their tastes. You can find a lot to love whether you’re a Third Eye Blind devotee, a fan of the bands of Epitaph records, or a huge fan of the Seattle grunge scene. The Official is a solid album that appeals to me a great deal and I think everyone reading this really should give the album a shot themselves. Simply put, this is a fun album from a solid band.