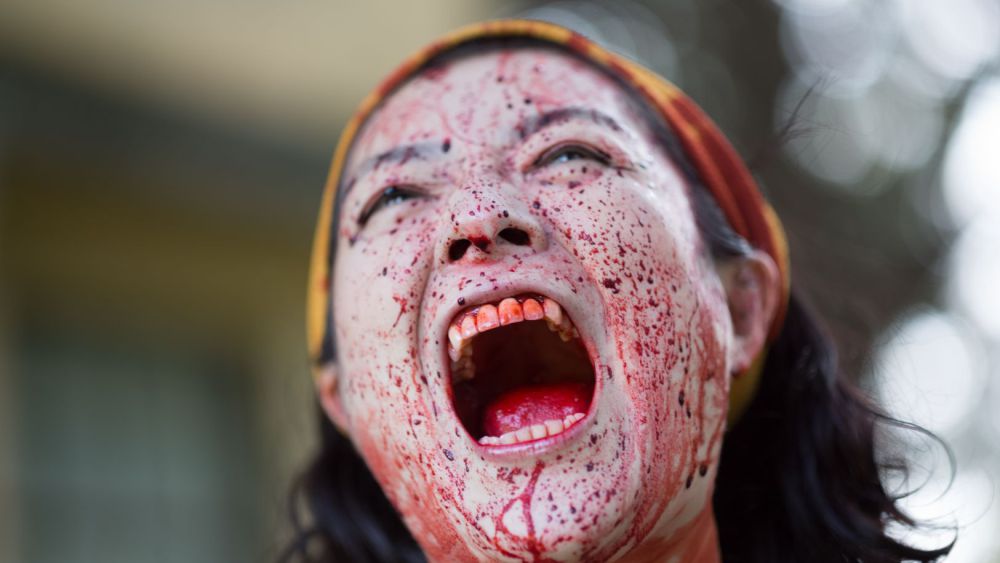 I’m an absolute sucker for movies that focus on the constant behind-the-scenes turmoil that comes with making a low-budget movie. Maybe it comes from my own experience in the microbudget trenches, or from my years writing and podcasting about no-budget cinema and its creators, but whether it’s documentaries like American Movie or Kung Fu Elliot or dramatizations like Living in Oblivion or Why Don’t You Play In Hell?, I just love seeing passionate people trying to overcome limitations of budget, skill or talent to bring their modest visions to life.

Which sort of brings us to the Japanese zombie film One Cut of the Dead, which transcends a gimmicky premise to, perhaps improbably, become one of the most heartwarming films of 2018.

I say “sort of” because the first 40 minutes of the film is consumed entirely with a mini zombie movie, where the cast and crew of a low-budget living dead film are attacked by the real deal thanks to some supernatural shenanigans by their director. The gimmick here is that the entire thing is shot in a single, uninterrupted take, and it works pretty darn well. The frantic, hand-held camera adds some much needed energy to a fairly pedestrian plot, even if there’s a few stilted and confusing moments throughout.

And then it ends. We see the credits roll. And suddenly we’re thrust back a month in time, where we see Higurashi (Takayuki Hamatsu), a director known for being “fast, cheap, but average”, being hired by a new zombie television network to helm the live, single take zombie broadcast we saw play out. We’re introduced to his family: his distant, but loving ex-actress wife, and his cinema-obsessed daughter. We see him go through hiring actors, doing rehearsals, and everything that leads up to the broadcast. 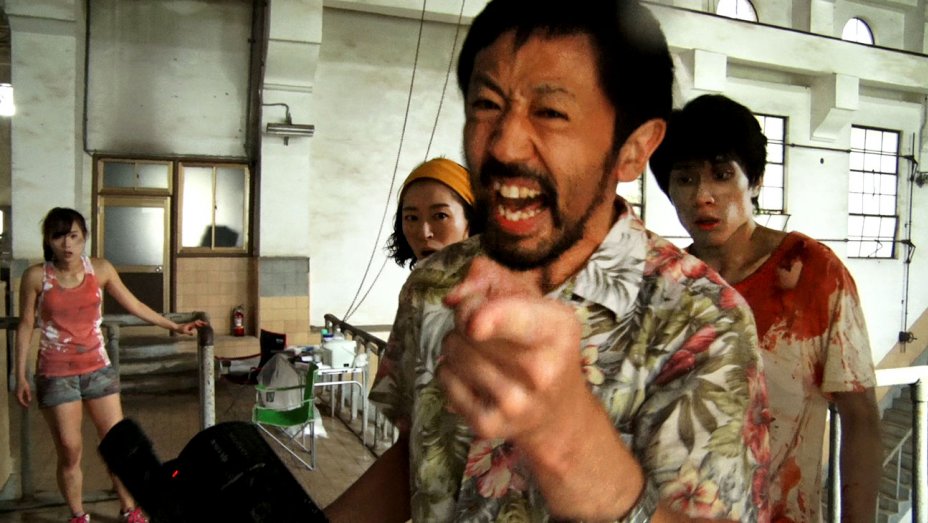 And it would be inappropriate to reveal any more, except that the final 30 minutes is incredible, hilarious and oddly touching. It also completely reframes the film’s initial one-take zombie short, turning an amusing curiosity into something so much more. This is a film I’ll be revisiting with friends, if only to see their reactions as it morphs from good, to great, to amazing.

Director Shinichiro Ueda handles the whole thing with impressive confidence, particularly once the metalayers start kicking in and you realize you’re watching camera operators filming camera operators who are filming camera operators. The transition from the one-take short that opens the film to the more traditionally photographed and edited sequences that follow is done smoothly, and much credit has to go to the actors who all have to perform multiple roles – often with extremely different temperaments and emotional ranges.

As I reached the halfway mark of One Cut of the Dead, I was feeling skeptical about the whole affair. I was enjoying it, but not enough to outweigh the near-universal zombie fatigue that has been lingering for the past few years. Then the brilliance kicks in, and I was entirely hooked from that point forward. It’s refreshing and original, and holds an emotional core that fully took me by surprise. Be sure to stay through the credits where we get a much-deserved behind-the-scenes victory lap.