If you haven’t caught on yet, I am doing a whole week of haunt-related horror. Both (prior) films that I covered were pretty tame, but fun films. Let me say this right away, Extremity is neither tame or fun. This is an intense, visceral head trip that starts slow but builds to an ending that you could never have predicted. The first hour was an interesting trip into an extreme haunt and then quickly descends into madness. I want to say that I was surprised by how much I liked this movie, but once I knew who made this film I wasn’t shocked at all. Anthony DiBlasi (Last Shift) directed Extremity and crafted another unpredictable horror film that defies convention. He has made some solid movies, but this something else that may or may not be your “bag”.

A young woman obsessed with horror subjects herself to hours of grueling torment inside an extreme haunt in an attempt to confront her fears and conquer the tragic past that haunts her. 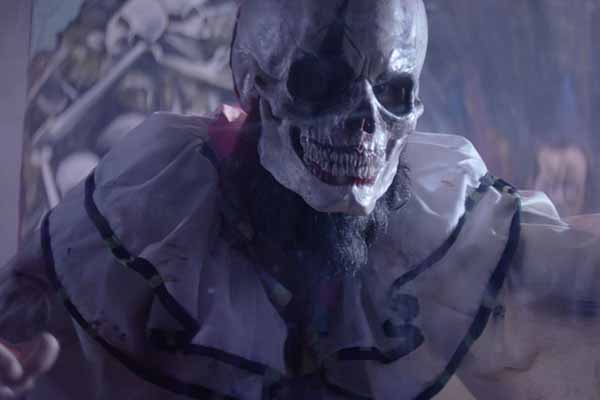 As I mentioned before, this movie starts very slow and may have you wondering if this is an actual horror movie. We get a very real portrait of a young woman’s struggle with mental health and the inner workings of an attraction like this. We go step by step through each level of this extreme attraction, until we see how far they are willing to go. Once their victim snaps, then this movie goes every which way but normal. Gore and insanity take over, giving me the much needed violence that I was hoping to see. It plays with your expectations and knows exactly when to kick into fifth gear. Extremity has just released on VOD, so I am trying to not spoil anything. What I can say is that horror fans should make room in their October to give this little gem a watch.