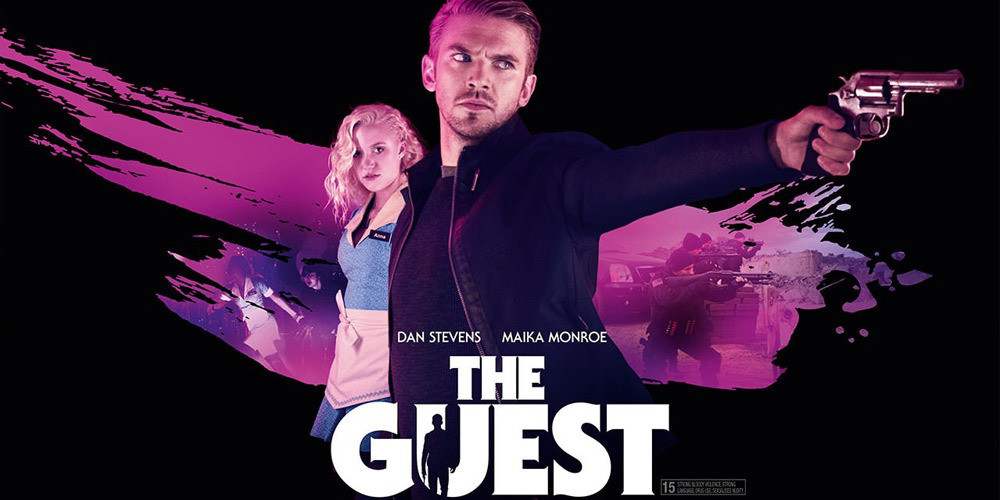 I know this is cheating, but I decided to choose The Guest. It may not really be horror, but it takes place during Halloween and even has a haunted house in it. Close enough, Right? Oh well, I will be back with more haunt-related horror tomorrow.

The Guest is a simple story being told in an incredibly stylish, yet unpretentious way. From the opening to the closing credits, Adam Wingard and Simon Barrett let you know that this is going to be all about “mood”. The synth heavy score is omnipresent and only adds to the dread that this “guest” may not be who he claims. This film is a great example of what AW and SB do best, they take direct-to-video concepts and give them the top shelf treatment. This kind of flick has been made hundreds of times, but there is something special in the way this one exists.

Making an ultra-cool homage to The Terminator and Halloween is cool enough for me to buy a ticket, but what is more impressive is how hey make it entirely theirs. Anyone can snatch up tropes, play cool music and crank out a thriller. These filmmakers add so much care and nuance, setting themselves apart from the loads of other filmmakers trying to make the next Terminator movie.

The story is common but works. A man named David shows up to a family that just lost their so in combat. He integrates himself into their lives and earns their trust. Once strange things begin happening, the family starts to doubt if David is who they think he is. That description is so cliché, but the way it is handled is anything but typical.

Once the third act kicks off, some of the most bonkers twists and turns begin. Leaving the viewer slack-jawed and blown away. All the while, booming electronic music and an ominous synth score set the tone. If this isn’t what you want out of a thriller, I don’t think anything is going to make you happy. I am always jazzed to know that in an era of shitty thrillers and half-assed action films, there are still some folks out there fighting the good fight. That fight being, making A-level work out of B-level material.