There are many positive things to say about New York City. The unparalleled arts and culture scene running through all five boroughs would certainly be one of those positive things. The ability to buy meat from strangers on nearly every street corner, seasoned with car exhaust and regret would be another. Obviously no place is perfect and NYC has its problems. Some of those problems were sort of the crux of my Brooklyn Horror Film Fest experience.

The majority of those living on the east coast have heard of the myriad public transportation woes of the New York and New Jersey traveler, I was lucky enough to experience it first-hand missing 3 movies in the process. This is not to strike a ‘woe is me’ tenor, even though ‘woe is me’ is my general stance in life. I still got to check out some great things and revel in the celebration of cinematic murder and torture.

The slate of films was wonderfully diverse, as was the crowd seeing them. New York is a great example of horror working across cultural divides. Everybody is afraid of something. I’m afraid of mice and being alone with my thoughts for instance.

Videology, the spiritual home to the festival, is also a great year round place to check out and see what’s being played in the small screening room in back. You can also just grab a drink and bask in the knowledge that there exist other like minds in this world and society isn’t all but lost. Maybe that’s just something I sometimes need.

Let’s get into a few of the films I had the chance to see, one I loved, one… well, I did not feel much about at all. 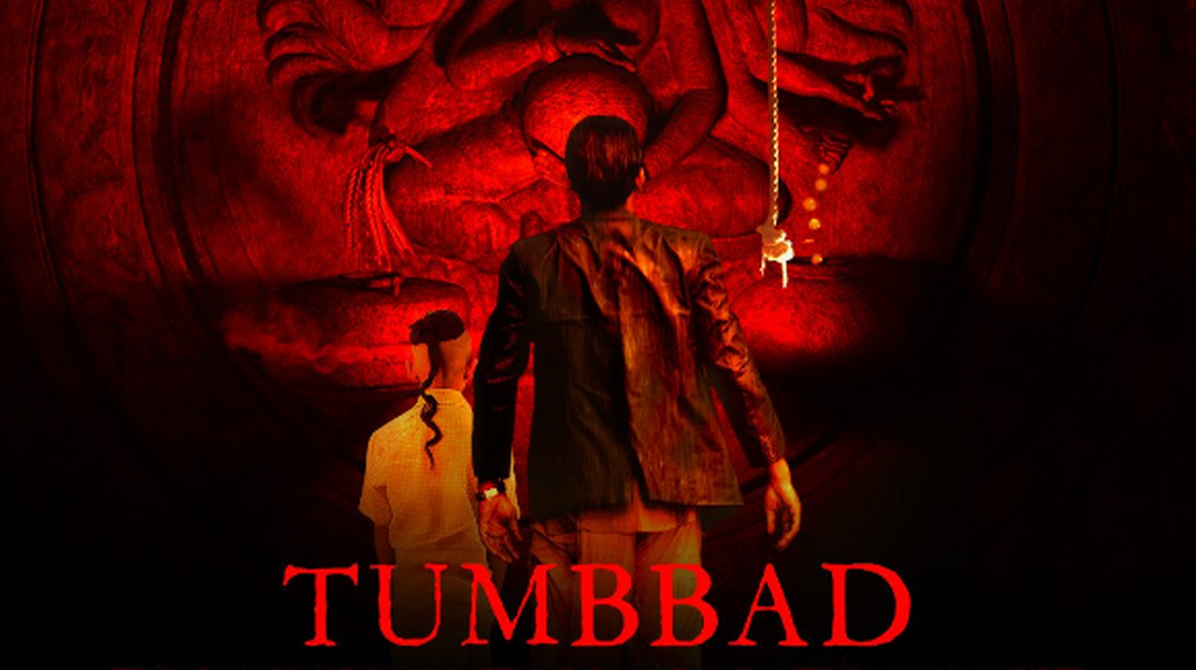 Tumbbad is an Indian-Hindi language period piece singular in vision and confident in tone. Equally impressive as a family drama about greed as it is a horror movie.

I’m not sure if pressed I’d be able to succinctly explain the specifics of Tumbbad. It would go something like, “there’s this womb thing in a temple in India for a goddess, and it’s filled with monsters that love eating people and balls of dough that look like people. Oh and those monsters also have loin cloths filled with gold pieces that a man is using to keep his family rich.” That sounds like a surefire recipe for success, add in picturesque moody landscapes of a rain soaked India and you’ve got the superb Tumbbad.

Tumbbad feels like modern mythmaking, in that it takes itself seriously and the audience is rewarded for going with it. There’s a huge sense of the lived in larger world these characters inhabit both real and supernatural that plays into the cultural richness. Much of that comes from the confident direction and stunning cinematography. The locations are wildly impressive old buildings that can easily hold the long history that comes with the film. If nothing else, I left the theater with a strong desire to walk around those old temples and palaces.

The acting is committed and great. This helps hugely in the second act where things slow considerably down into a more domestic view of the larger story. The horror at this point becomes not the exterior threat of the unreal, but of the family horrors we exploit onto one another.

Hopefully, this film gets a fair amount of eyes on it throughout the world. I love seeing other cultures in horror. I like being out of my comfort zone. Tumbbad was a great experience that I’d highly recommend.

A trick or treat bag with a poem about autumn and your death if you don’t pass it on is given to you. You assume it’s a trick, burn it and then oh no now you’re haunted. Add two cups of familial strife, dash with a pinch of Detroit longshots with minimalist synth score, shove in religious overtones and you’ve got this movie.

In an era where innovation in the horror genre is fighting to standout against other future standard-bearers the ultimate disappointment is when a film turns out to be shooting for average or slightly below average. Horror movies are proven money makers and this is a film where all expense has been spared. At least if it was wildly terrible there’s usually some interesting story about how it got that level of incompetent, maybe even a few laughs.
Boo! is in all ways just “fine”, containing a few creepy moments, that have been done better in the many similar films it is derived from. There’s very little sense of ambition from the cast or crew, who seem to want nothing more to wallow in the mediocrity of the script. It’s The Amityville Horror or Poltergeist at a much much lesser level.

The stand-outs would be the child anchors Aurora Perrineau and Jaden Piner. Aurora as the sister is the stereotypical child who wants to break away from the strict religious household she’s been living in. She’s given nearly all of the heavy emotional lifting and for the most part rises to the occasion. Jaden Piner, is the younger brother who explains what the “Boo-Bags” are and also lives in a bedroom covered in disturbing drawings. His bedroom and potential personality issues are not even touched upon, which is really disconcerting. They’re doing the best with what they have but it’s minimally interesting even at the highpoints.

You could do worse than Boo!, although I’m not sure why you’d be seeking that out. Entire scenes are lifted from other movies, go watch those movies. I’ve heard the Conjuring movies are pretty good, go watch The Conjuring instead.

These were just two of the films I saw I’ll be back in a few days to report back on 3 more. Should you feel so inclined.

For a different take on Boo!, you can check out Justin’s Terror TWOsday entry from earlier this week.