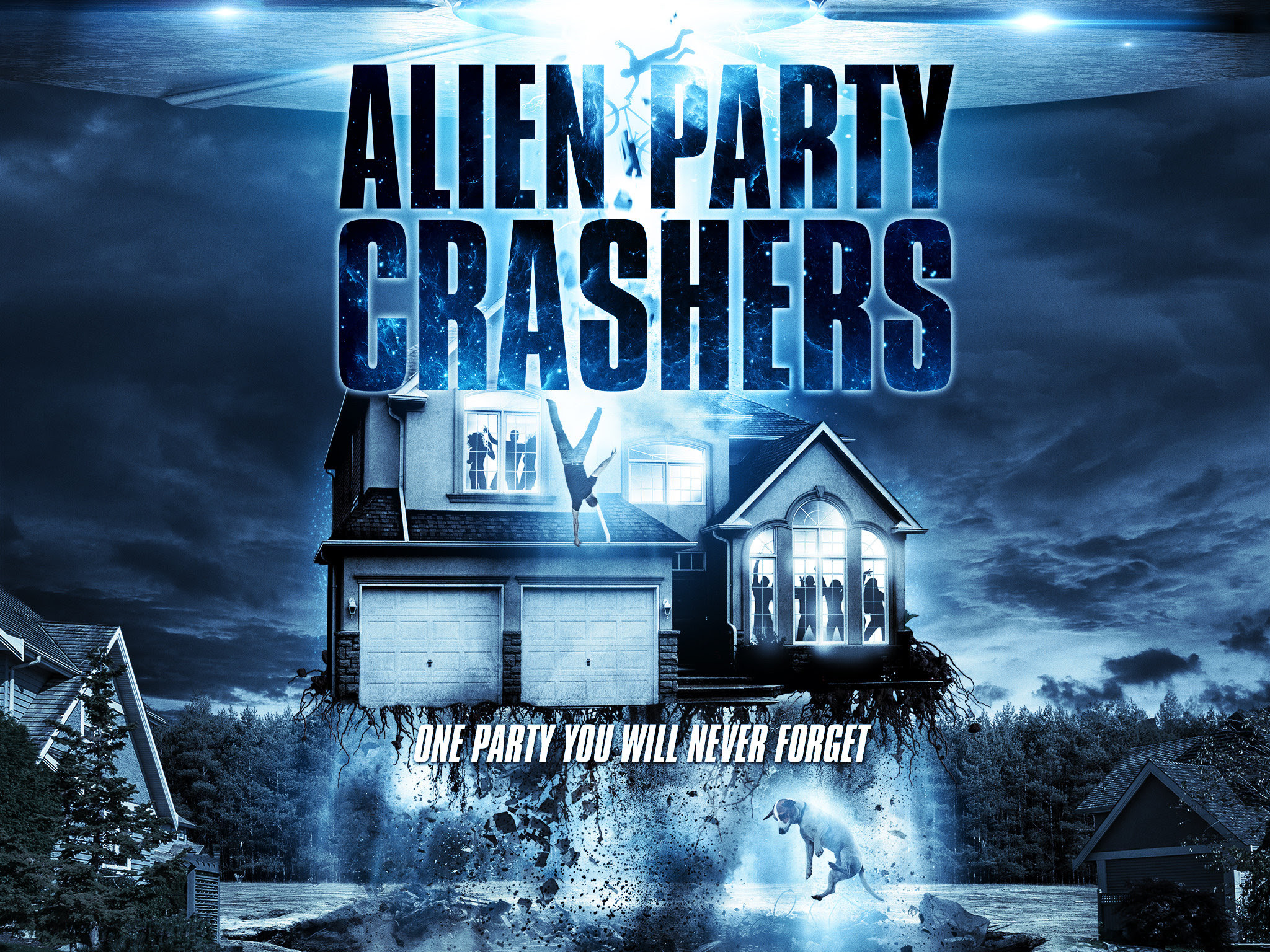 High Octane Pictures proudly releases Alien Party Crashers (fka Caranies), a sci-fi/horror/comedy about a group of people going to celebrate the New Year in a Welsh valley and get more than they bargain for when they meet up with time traveling aliens. The premise sounds good but does the movie deliver the laughs and horror? Let’s find out…

The answer is yes on both accounts. The comedy comes from a place of contention when the party guest in question deal with the Alien menace with the one-liners coming fast and furious amongst the action. The alien attacks are bloody thanks to their long Coffin Joe-like finger nails that penetrate and slash eyes, necks, foreheads, and other body parts.

The only weak link of the movie was it seemed kinda rushed, yet overall the film was very enjoyable… especially given it’s outrageous nature. Plus, a sequel is already in the works.

Overall, I recommend this film to any and all sci-fi and horror fans out there who appreciate a little bit of insanity in their lives.