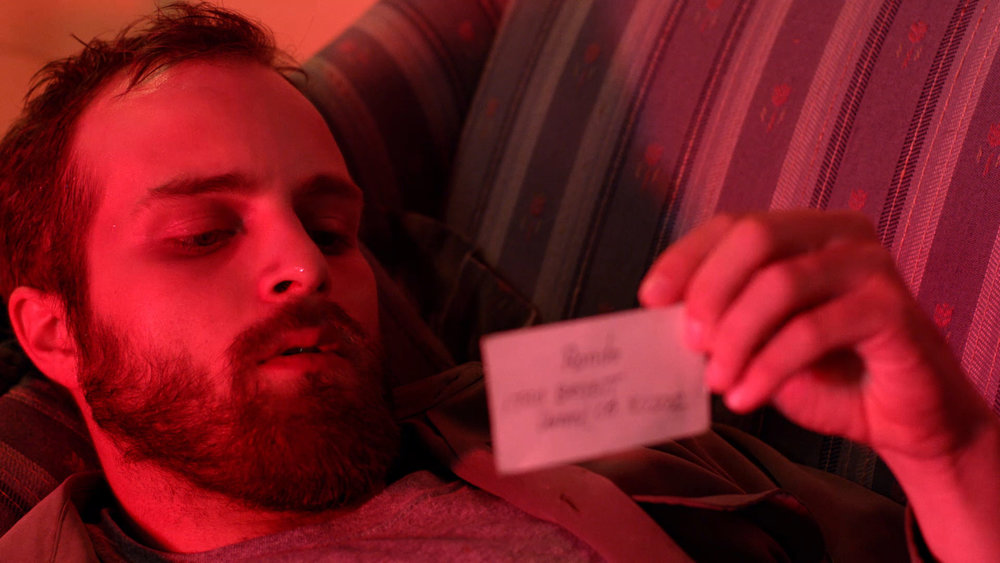 I have been really craving some exploitation goodness but nothing has been able to really scratch that itch lately. It seems that low budget films have been mainly dwelling in shitty horror rip-offs and I’ve been wanting to see someone truly bring the sleaze. Not just your normal dose of sleaze, like a scantily clad gal in a slasher, I mean full on nastiness. I know it may sound juvenil, but I want both sex and violence. There is something magical about a movie that is not afraid to cross into taboo subject matter and really get its hands dirty. Rondo is one of those films and I cant get over how good of a time I had with it.

Let’s start with a brief synopsis:

Troubled war vet, Paul (Luke Sorge), is told by a psychiatrist that sex may be the solution to his dependency and drinking problems. She sends him to an apartment where he is to release his tensions by having sex with a beautiful young woman, all under the encouraging eyes of the woman’s husband. But deception is the name of the game as Paul and eventually his sister, are sucked into a bizarre criminal underworld where sex and murder are daily specials and revenge is served piping hot.

Before I say anything else, when I say exploitation I don’t mean a bunch of fake grain and discoloration. I mean building a real movie that is focused on the more salacious side of life and (of course) exploiting it. I hate when movies think that if you make it look old and shitty, that’s what makes it a “grindhouse” movie. (Note: Let’s kill that stupid moniker altogether, unless it actually played in a grindhouse!)

Rondo doesn’t lean on any of those tricks and exchanges that all for good storytelling and great practical effects. There are glorious scenes of exploding squibs and gunplay that feels so damn good to watch. Watching a gun (actually) being fired in a low budget movie adds so much to the overall vibe – especially when viewers are so used to seeing poor CGI muzzle flashes in films with similar budgets. The acting is also surprisingly good. In fact, this team was lucky enough to have found a cast that was capable of carrying both the strong dialogue and the more insane action stuff. If you have seen enough low budget films, then you know that this is a true rarity – making this a true low budget gem.

Rondo – Trailer from artsploitation on Vimeo.

Rondo is available to purchase now via Amazon (for only $7.99) or your favorite retailer.