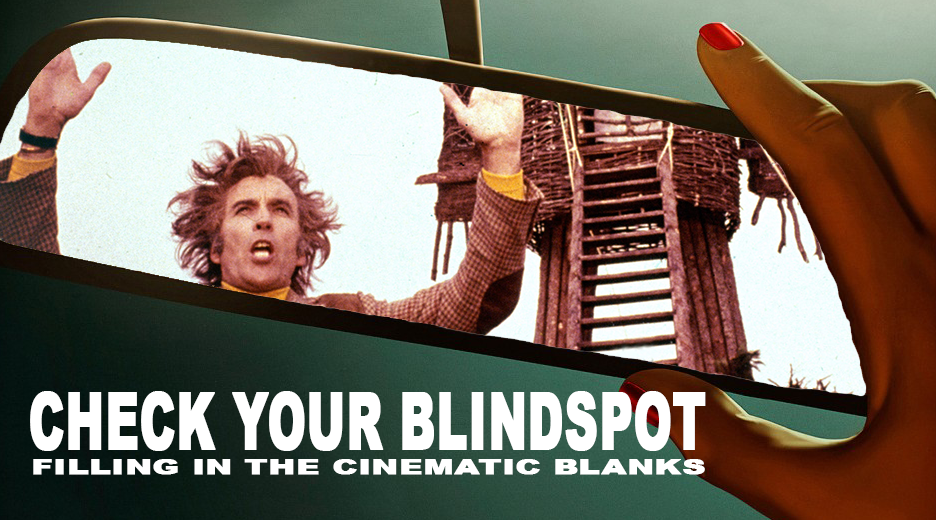 Everyone has film blindspots and every horror fan has horror blindspots. Usually when I talk to my boyfriend, there are a lot of movies I have to reply “I haven’t seen that yet.” My list seems to increase over time of things I need to see and some people may get on my case about it, but I’m the one who gets to experience for the first time. I don’t remember how The Wicker Man (1973) came up in our conversations, but after it did my boyfriend adamantly suggested I to see it because he said I would really like it. I found it streaming so I figured the time had come. The Wicker Man directed by Robin Hardy, was going to be my next watch. 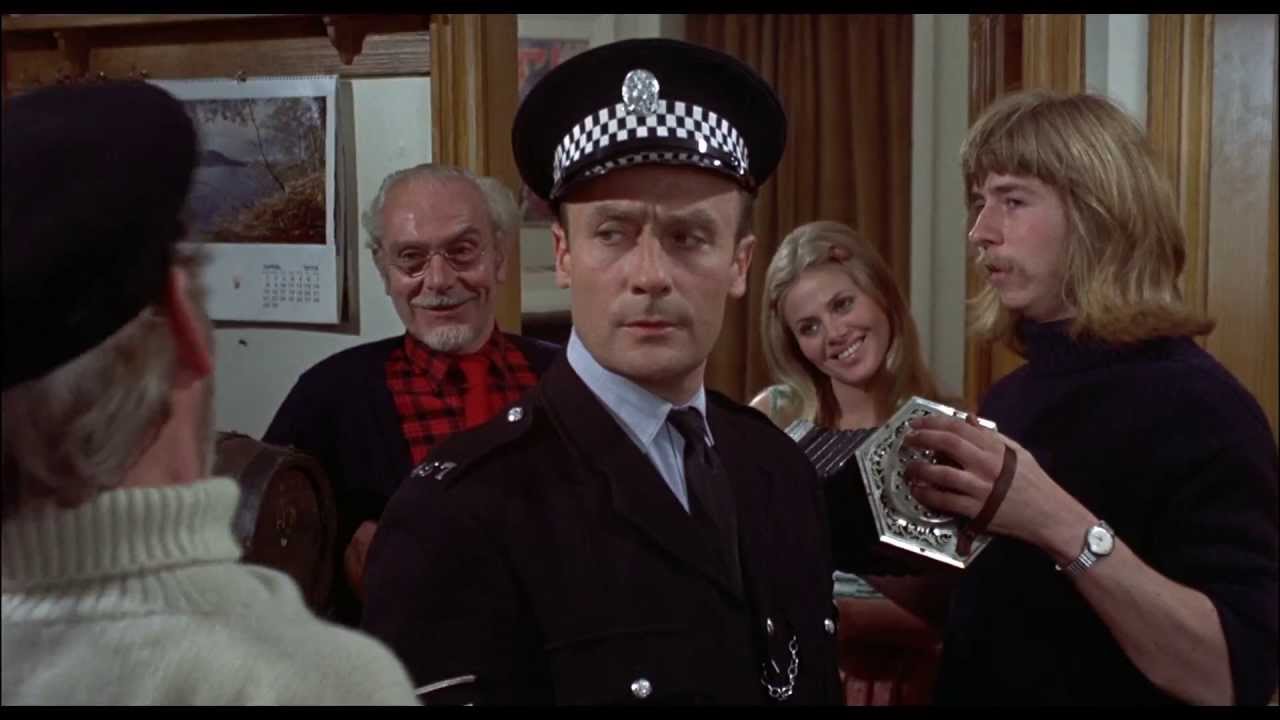 To say that I was not prepared for what I was about to see would be an understatement. The Wicker Man builds tension over time. Sergeant Howie (Edward Woodward) receives an anonymous letter about a missing young girl on a remote island named Rowan Morrison (Gerry Cowper). Arriving at the island, the Sergeant realizes that the townsfolk worship pagan gods, which is unlike his strict Catholicism practices. As the Sergeant’s research continues deeper and deeper, he realizes that the people on this island have cult tendencies and tricks up their sleeves. He believes that Rowan is still alive despite people telling him that she never even existed. Naturally, the snooping doesn’t fly well with the town and the Sergeant gets himself into trouble after revealing pagan rituals the island performs.

What happens after revelations come to fruition should not be mentioned for fear of ruining the film for people who haven’t seen it. I went my whole life without knowing the majority of this movie and I can tell you that it blew me away come end credit time. Tension rises on a slow pace, but it only makes it more effective while watching. Towards the end, you can kind of put this wild puzzle piece together but the last 10 minutes of the film are truly terrifying and jaw dropping. I also can most positively say that I was not prepared for the amount of singing I was about to witness, but it works. 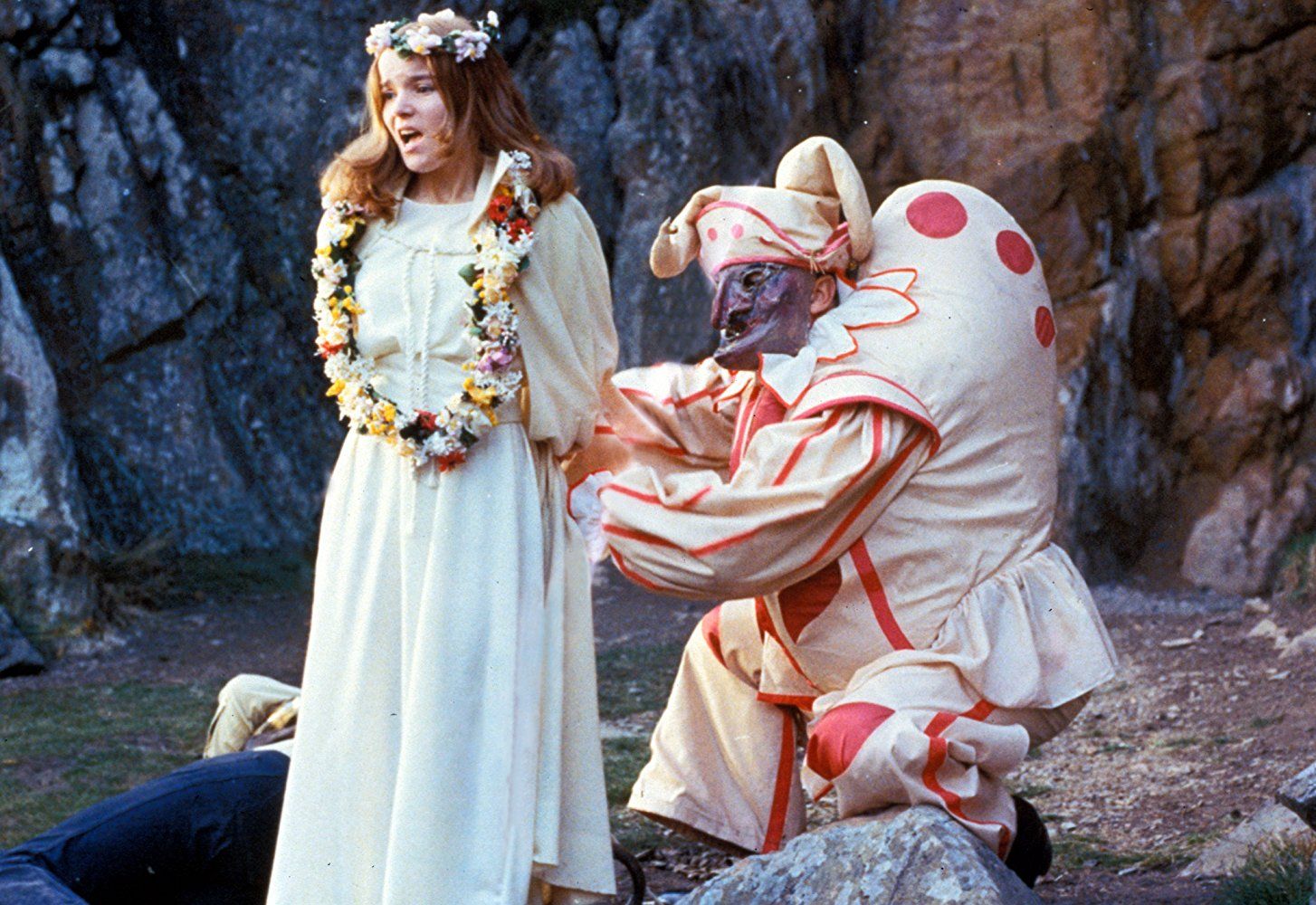 During the pagan rituals, individuals are wearing You’re Next type animal masks and dressed as jesters celebrating a “May Queen”. This is where my mind went a little nuts. As someone who grew up in the Catholic school system, I’m familiar with the May Queen aspect. During May in Catholic school, there is something called the May Procession which honors Mary. The parade leads to the statue of Mary where the May Queen puts a crown of flowers on the statue as everyone prays. In The Wicker Man, this procession applies but without a crown of flowers and a statue at the end. I found the use of this in The Wicker Man to be smart use of turning the tables as they took practices in Catholicism and applied them to a pagan ritual. Almost like a taste of their own medicine situation. It only furthers how much my jaw dropped during the final act.

The Wicker Man is an atmospheric gut punch. It left me perplexed and I can only hope it does that for others. I feel as though this will sit with me for quite some time. It may not be for everyone, but it was definitely for me.