Who would have thought that Daniel “Harry Potter” Radcliffe and Elijah “Frodo Baggins” Wood would end up being the most fearless genre actors in Hollywood only a few years after their big budget crowd pleasing fantasy spectacles were in the limelight? I certainly wouldn’t have… but this year already has hit me hard with bold, interesting film choices from both young stars. The forthcoming Guns Akimbo stars Radcliffe and it straight out floored me wen I was lucky enough to screen it a few weeks ago. Now, as it hits limited theaters nationwide and virtually every major VOD platform, Wood’s latest genrebender is rightfully turning heads.

Paring him with director Ant Timpson seems to be the perfect match. As offbeat and inspired as Wood’s roles have been in the past few years, the same could be said about the projects Timpson has been involved with (Turbo Kid, Housebound, Deathgasm, The Greasy Strangler). While usually a producer, Timpson hops in the Director’s chair. In this new one, we’re treated to a batshit crazy and pretty damn violent family reunion. It begins when Wood’s Norval Greenwood receives a letter from his father, inviting him to visit after a lifetime of estrangement. When he arrives, he meets his father (Stephen McHattie) and things immediately are awkward and weird. From there, everything goes from a bit off to completely insane… in seemingly no time. The plot takes hard turn after hard turn, resulting in as intense and bloody a mess as you could ever expect. 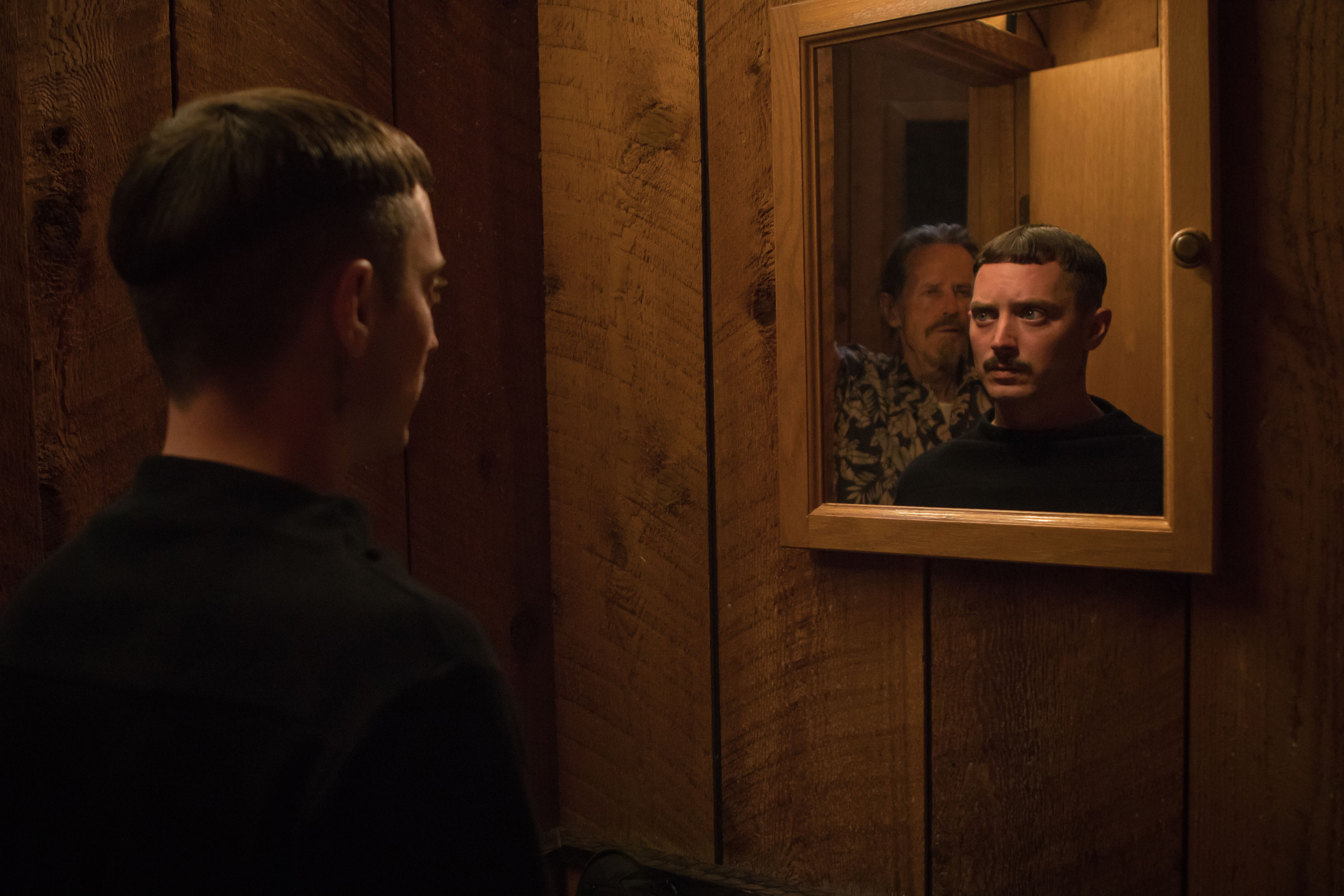 Kidnapping, murder, drugs, fights, knives, shit covered pens, this movie has it all. While great performances from McHattie, Martin Donovan, and Michael Smiley all keeping this one together, it’s Wood who does the heavy lifting. And, anyone who has followed his past decade or so of genre work won’t be at all surprised to see how stellar a job he does. From his confusion to his pain to his psychotic outbursts, Norval is an emotional whirlwind powered by Wood’s acting, Timpson’s direction, and a really solid script from screenwriter Toby Harvard (The Greasy Strangler, ABCs of Death 2). While the effects are solid and the set pieces are impressive, the film always hinges on the strength of Wood’s Norval – who you’re always rooting for and, even more, always drawn to.

Now playing in select theaters, this feels like it would be best served with a good crowd in a theater. With laugh out loud moments, some groan worthy gore gags, and a good bit of uncomfortable tension (especially in the early goings), the next best option would be watching with a good group of friends. It’s dark yet fun, gruesome yet somehow smile inducing, tonally up and down… but it all works really well. Genre film folks can’t miss this one or they’ll be cheating themselves from a fantastic experience.