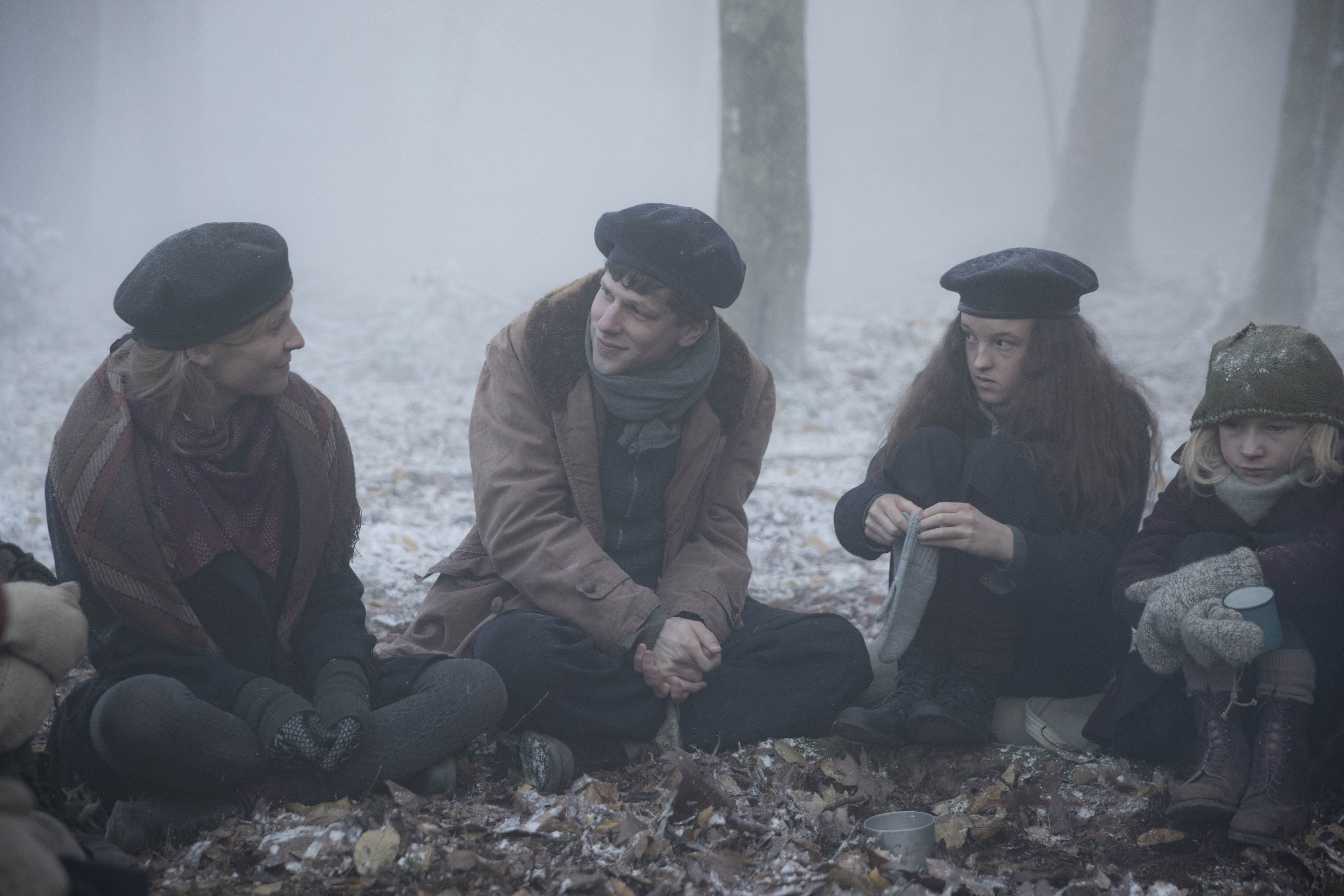 In Resistance, Jessie Eisenberg is back in his first starring appearance since Zombieland: Double Tap last year. Presented by IFC films, the film is written and directed by Venezuelan auteur Jonathan Jakubowicz, who is of Polish-Jewish descent. The film’s topic matter is very close to Jakubowicz’s heart and, thus, he spent a great deal of time on his research in preparing the script, even spending time with on of Marcel Marceau’s cousin Georges Loinger, who is portrayed by Géza Röhrig in the film.

Eisenburg plays the famous mime Marcel Marceau and encapsulates his role during the French renaissance. Early in the film, it’s evident that Marcel is serious about his art but his family and friends don’t find it quite as charming. His brother, a member of the French Resistance, specifically thinks his time would be better spent elsewhere.

His art isn’t truly taken seriously until he meets a large group of orphaned Jewish children, who he also starts to feel obligated to protect. Marcel uses his art, charm and wit to bring humor to these children’s lives during the Holocaust while also preparing them for the even darker times ahead.

Marcel grows so attached to these children that it makes him wonder if he can protect them in other ways than providing just comic relief. And for someone who had no intentions of being a part of World War II, the answer is surprising.

The movie exposes some of the gruesome, gestapo torturing techniques and quickly oscillates between comedic and darker moments, especially earlier in the film. The film will release on all digital platforms March 27 and is undoubtedly Eisenberg‘s best performance in recent memory.