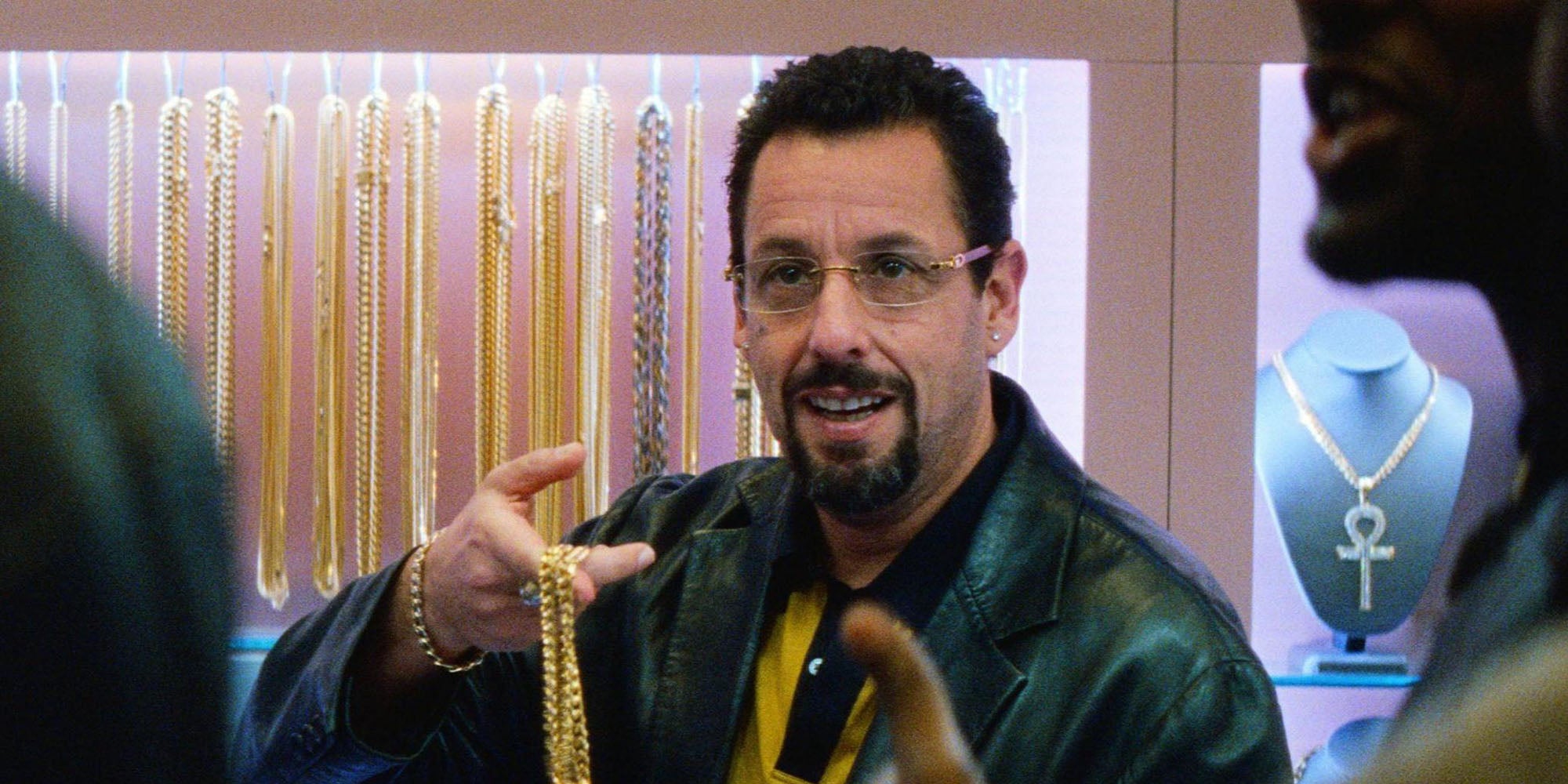 Uncut Gems is presented by A24 movie studios and is the Safdie Brothers follow-up to 2017’s Good Time. It’s been received to mixed reviews and It’s a faced paced, angst ridden ride, filled with plenty of subtle turns.

The film follows Howard Ratner (Adam Sandler), an erratic jewelry dealer, with a super selective attention span who effortlessly gets himself into sticky situations. Both outside and inside his shop.The first time we see him in the film, he is passed out, getting his prostate examined. It’s harder to have empathy for him once we see his lackadaisical personality unravel.

It’s apparent he owes some loan sharks money that he can’t pay back. By “some”, I mean multiple parties of people he owes large amounts of money to. To ward off one group of loan sharks he gives them a Rolex, which we later find out is fake. And not even owned by Ratner.

When Kevin Garnett comes into the shop one day his fortunes start to seemingly turn around. KG, falls in love with an opal that Ratner just got shipped in from Ethiopia via dead fish. Even though he cannot sell KG the opal. He lets him borrow it for the night, in exchange for his 08 championship ring and some friendly Instagram promotion… as long as KG brings it back the next morning by 9 AM. 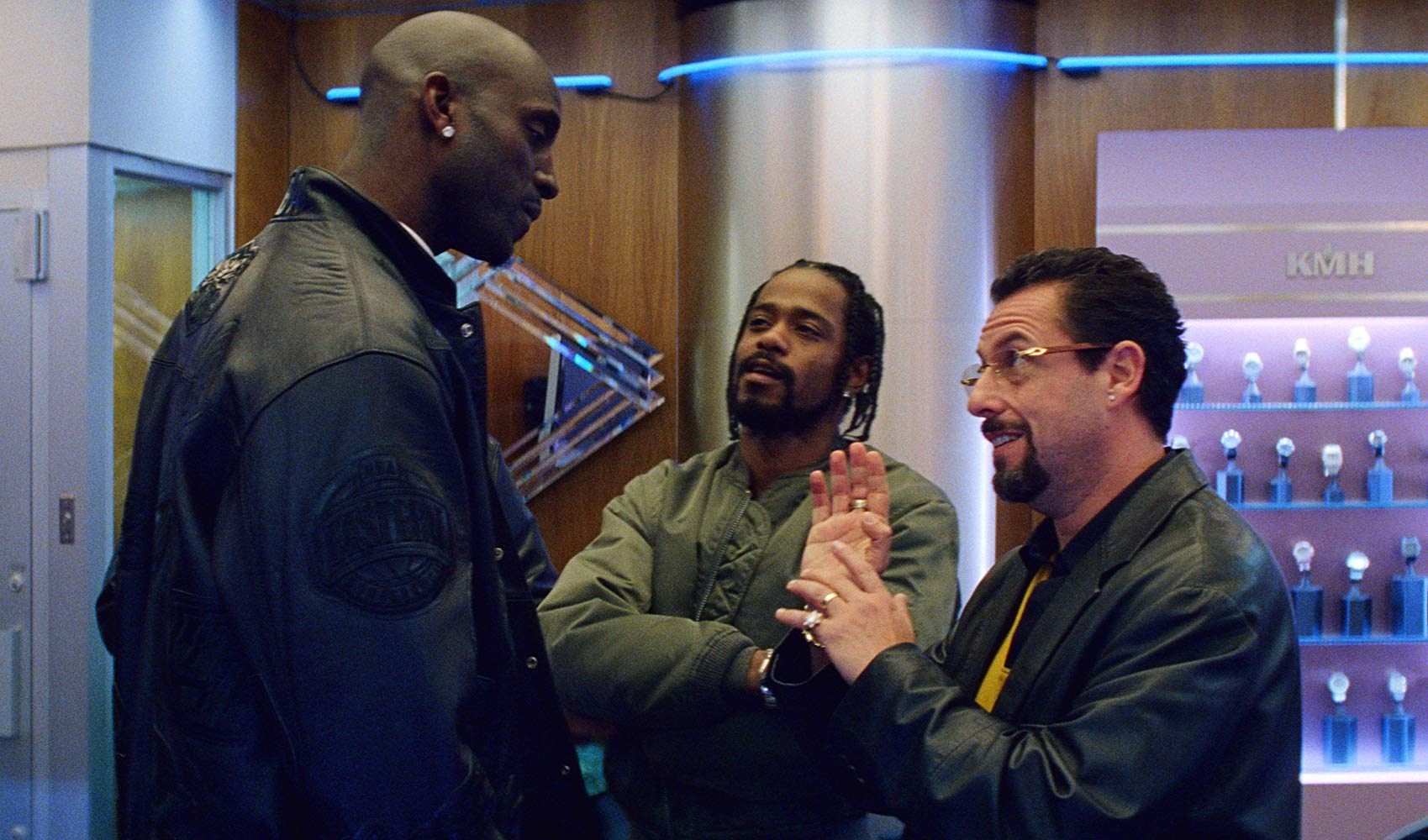 After meeting KG, he places more money on a bet he made earlier in the day. Even though betting isn’t exactly the safest way to repay loan sharks. Luckily, he wins the bet, but the opal isn’t returned to him by 9 the next day.

Ratner starts to unravel even more after this. It’s kind of a trend in the movie. Whenever he accomplishes one thing, another falls apart. Failing to realize that, it’s himself that’s the problem. Only person persistently making life hard for him is himself.

Seeing Sandler in a role like this was refreshing and you’ll be hard pressed finding him in a better one. It just fit. Sure Ratner is an asshole in the movie. But I couldn’t help feel for him a little bit throughout the film.

How does someone keep making so many dumb mistakes? That’s a question we have probably all asked ourselves one time or another. And it’s one you’ll ask of Ratner multiple times throughout the movie.

Uncut Gems is controversial but certainly worth the watch. Now available on Blu-ray, DVD, and VOD.