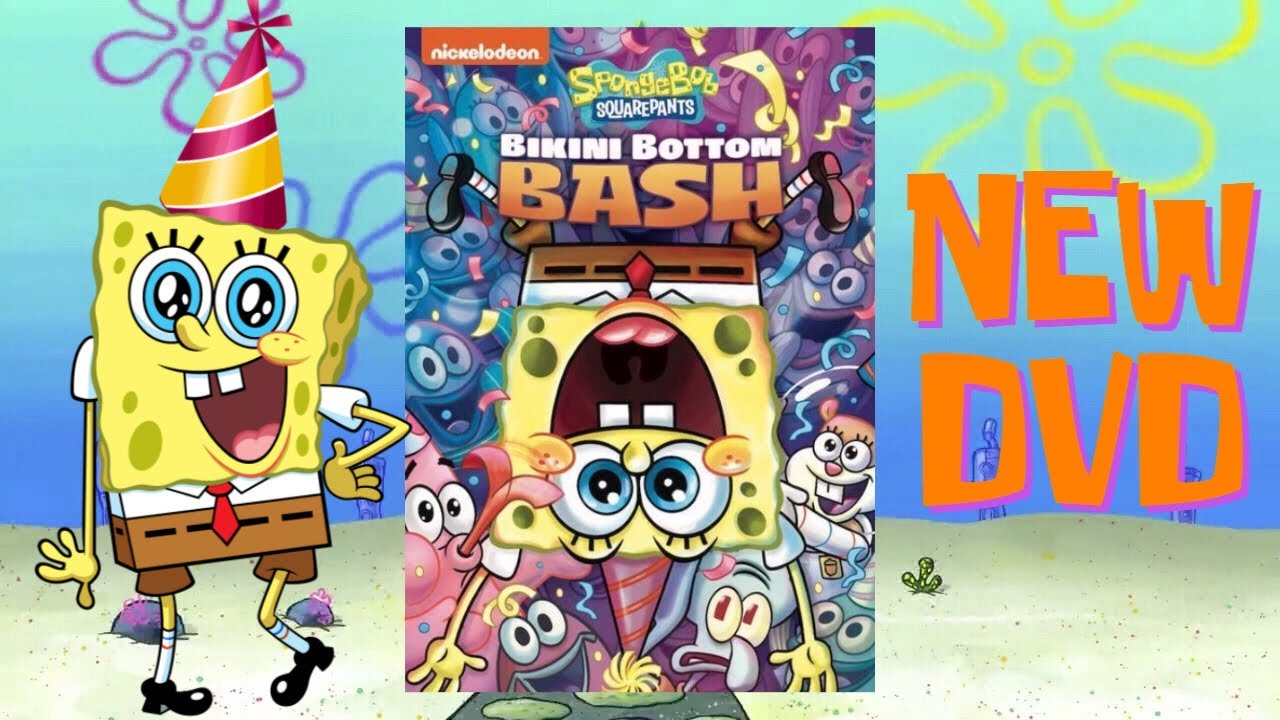 The early years of Spongebob Squarepants seem like a distant memory fogged by innocence and fears of Y2K. I was barely eight years old the first time I entered into the weird underwater palace of Bikini Bottom. I would have thought a show which centered itself around a talking sponge who lived in a pineapple would be long gone from my viewing rotation. But no, thank God for physical media and Amazon Prime, because that infectious sponge still sees as much airtime as Michael Scott. Growing up in the 90s, Nickelodeon was arguably the best place to be when it came to cartoons. Sure, Cartoon Network had some bangers but Nickelodeon had the bold tenacity to chase after the unusual. Shows like Rocko’s Modern Life, Rugrats, Ren & Stimpy, Rocket Power, All That, Kenan & Kel, and the list goes on.

While most of them live on in reruns and the occasional new specials, Spongebob has outlived nearly all of them. With two feature films under his belt, and a third on the way, he has crafted a cultural legacy for himself that most 90s cartoons can only be envious of. Spongebob has spawned BILLIONS of dollars in merchandising. I guess Mel Brooks was right. Not to mention, that he has been the star of his own show for over ten seasons, in addition to countless video games and comics (of which I proudly have a few). Spongebob has enjoyed success not only as a children’s television star but also as a cultural icon. The little sponge that we met over 20 years ago that just wanted to be a fry cook at the Krusty Krab has come a long way.

In his brand new DVD, Bikini Bottom Bash, all of those accolades come center stage. The main draw of this home media event is last year’s “SpongeBob’s Big Birthday Blowout”, but it’s also a demonstration of the character’s legacy. Most of us that grew up on the joyous sponge have kids of our own now. Perhaps, you’ve been able to enjoy SpongeBob right along with your offspring. “Blowout” places SpongeBob on center stage as he explores the surface world with best friend, Patrick Star, while the rest of his friends plan a surprise party. This special practically oozes with nostalgia. The show digs deep into the legacy of its twenty year goldmine to bring out past favorites like Bubble Buddy, Bubble Bass, Rock Bottom Bus Station Manager, Brown Eel, and more. 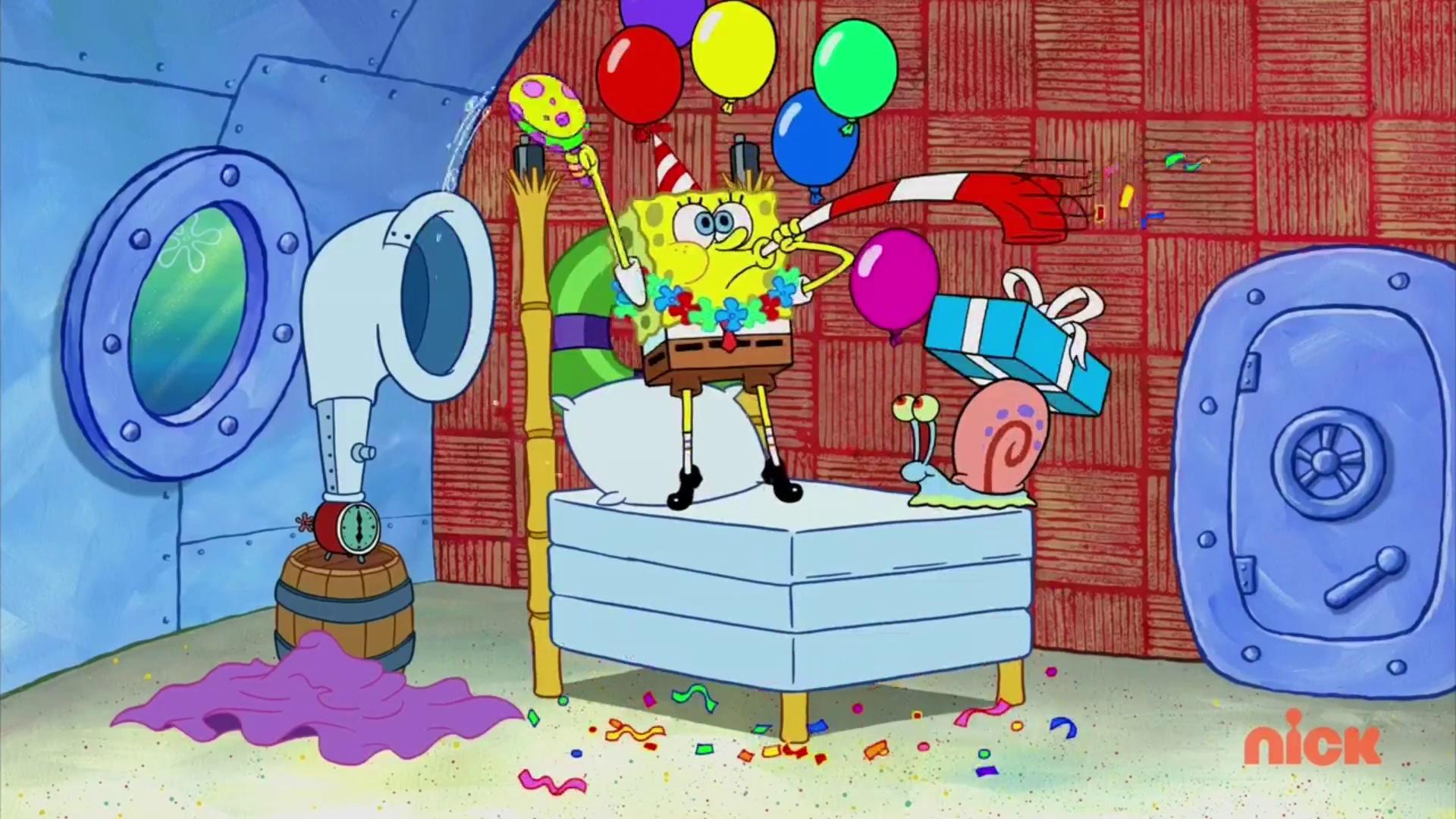 Characters that we haven’t seen in years come back. For as large as this special feels, no characters ever overstep their welcome. They continuously feel like special Easter eggs for the fans who have been with the show for a while. Honestly, the writing is incredibly intelligent for this series. It’s funny and heartwarming from start to finish. If that’s not enough to get your attention, look no further than the other included episodes. The 2002 release of Nautical Nonsense and Sponge Buddies was the first ever DVD I ever purchased. I watched that DVD until it couldn’t play anymore. I’ve always been a SpongeBob fan. While this particular release centers on the twenty year anniversary of the character, it provides a wealth of richness.

Drawing from its twenty year library, this release includes special party episodes that will make you laugh and will flood your senses with nostalgia. This release comes with “SpongeBob’s House Party”. I remember watching that specific episode when it premiered on SNICK and man was it an event. If you grew up with SpongeBob, this DVD features the perfect mix of nostalgia, though it also features party themed episodes from over the years. Whether you grew up and fell off, or have watched faithfully since 1999, this DVD offers something for everyone. Bikini Bottom Bash is the perfect addition to your collection if you’re a SpongeBob fan in any capacity. This is a MUST buy for any hardcore fan of the series. A beautiful collection of heart, nostalgia and humor make this one of the shining gems of 2020’s home releases. Happy Birthday, Spongebob!