This documentary film by Adam Dubin, who is known for his video work with the Beastie Boys in the mid 80s, put together this extensive look into the origins of the Bay Area thrash metal scene, between 1982-1985. Like most documentaries of this kind, it’s a bunch of older band members and scene folks being nostalgic, with clips of the old days. It follows the basic formula of old footage, photos, and interviews mixed with the new ones. The stars of the scene are all accounted for including Exodus, Metallica, and Megadeath, along with non-bay area legends like Slayer and Anthrax. For me, as a non-metal person, it still kept my interest because of Dubin’s storytelling. As much as this is a deep dive into a small niche of a genre, the overall story is one of small town kids making something from nothing. It really is, to be overtly cliché, a true underdog story.

The film begins with a look at the socioeconomic impact of the late 70s-early 80s industrial collapse that left many of the Bay Area’s working class in poverty, and their kids were left with nothing to do but get in trouble, play music, or both. From there Dubin weaves a story of these DIY teens building a scene that would influence the world with its unique style oi lightning fast metal. The writers of the book Murder in the Front Row, Brian Lew and Harold Oimen are featured throughout the film giving insight to how everything unfolded around them as they are growing up. The film explains how guitarist, Kirk Hammett (Exodus/Metallica), was the real driving force behind the entire formation of this scene. He’s the kid that introduced other kids to bands like Saxon and Iron Maiden, taught them guitar, and had the passion to see it through. It really shines a light on Hammett, as more than just the guy from Metallica, he is a pioneer. The movie gets into the interwoven relationships between these bands, and the characters that made them who they were. People like Exodus frontman, Paul Balof, a Russian wild man who literally became the undisputed king of Bay Area metal with his complete disregard for rules and conformity. He would call out and physically deal with “posers” that infiltrated his beloved scene. Even though he had a limited career as a singer, he recorded one of thrash metals all time great records, Bonded By Blood by Exodus, and up until his death in 2002, he remained one of the true legendary heroes of metal.

Dubin also gets into the history of Metallica, who while being an LA band originally, relocated to the Bay Area, as part of the deal struck with bassist Cliff Burton. The story, told by his father, was they Metallica had seen Burton play with his band Trauma and decided that he should be their newest member. Burton gave them an ultimatum, either move to San Francisco, or he wouldn’t play. So, that is exactly what Metallica did, and thus launched them into Bay Area lore. With Cliff Burton in the band, a young Kirk Hammett saw them play and decided that as good as Metallica was with the line up they had, it would be better if he was the guitarist. That became a reality when Dave Mustaine (Megadeath) was fired and Hammett took over. From there the legend of Metallica grew. The release of Kill Em All was all they needed to explode into a worldwide metal phenomenon. Putting the Bay Area on the map and giving the other bands credibility in a growing genre. The tragic death of Cliff Burton in 1985, was kind of the breaking point, where the small town scene became much more of a bigger deal.

The film also gets into the different venues and promoters who help these kids build something of their own. Most intriguing was a guy named, Wes Robinson, an African American jazz promoter, who took a liking to this wild group of teens and gave them a place to play. A blue bar named Ruthie’s would become the mecca for thrash metal, and for years it was a place of absolute brutality, violence, and everything that made this aggressive music what it was. Kids would literally beat each other up, destroy any posers with in range and if a band played that they didn’t like, the kids would tune their backs until they finished or left the stage. The unlikely pairing of a black jazz guy taking a bunch of longhaired, mostly white metal kids under his wing might be the most special part of this film. It shows the genuine way this and other local underground scenes develop, when someone takes a chance to give them a venue to express themselves. 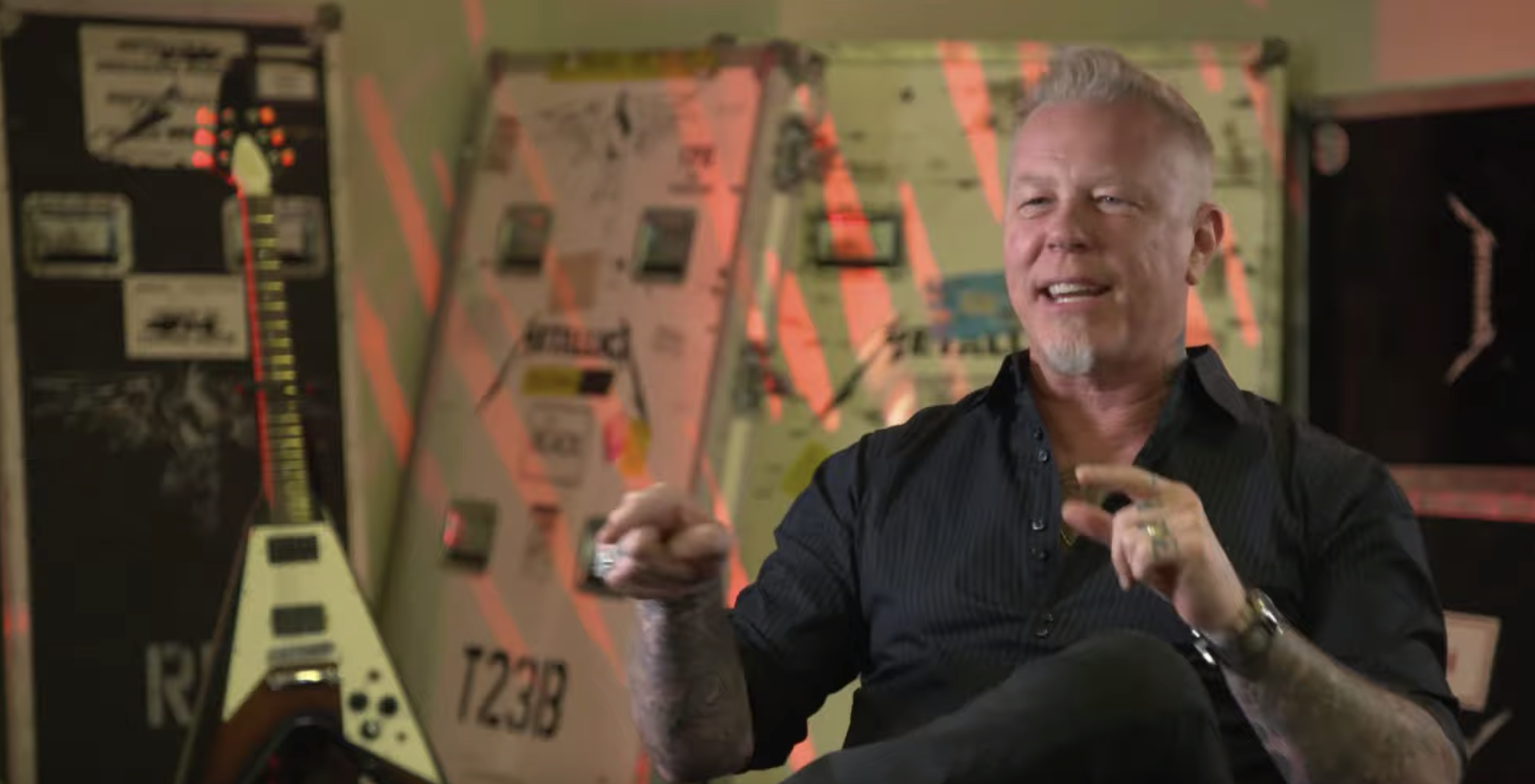 There is a lot of the expected reminiscing, insider stories and funny antidotes told by James and Lars of Metallica, along with members of Slayer, Exodus, Possesed, and others. It all comes off sincere, giving it credibility as not just another “Back in my day…” type of documentary. This is surely a fetish piece for the hardcore metal aficionado, but more than that, it is a great piece of American music history, told by the people who made it happen. It is not full of bitterness or conflicting stories like many of these music films in recent years. Truth is, by all accounts, these guys all seem to have a deep respect and love for each other even today. Hammett actually gets choked up at the film is closing, saying of the scene in the early 80s…

It was like heaven. It was one of the greatest times of my life.

… which admittedly got me a bit teary eyed thinking of my own experiences with local music scenes. Overall, that is the point of this, to shed light on a special group of people that did something amazingly ordinary, they played music with their friends and had a blast doing it.

I also highly recommend you check out this great interview with the film’s director on Dean Delray‘s Let There Be Talk podcast: