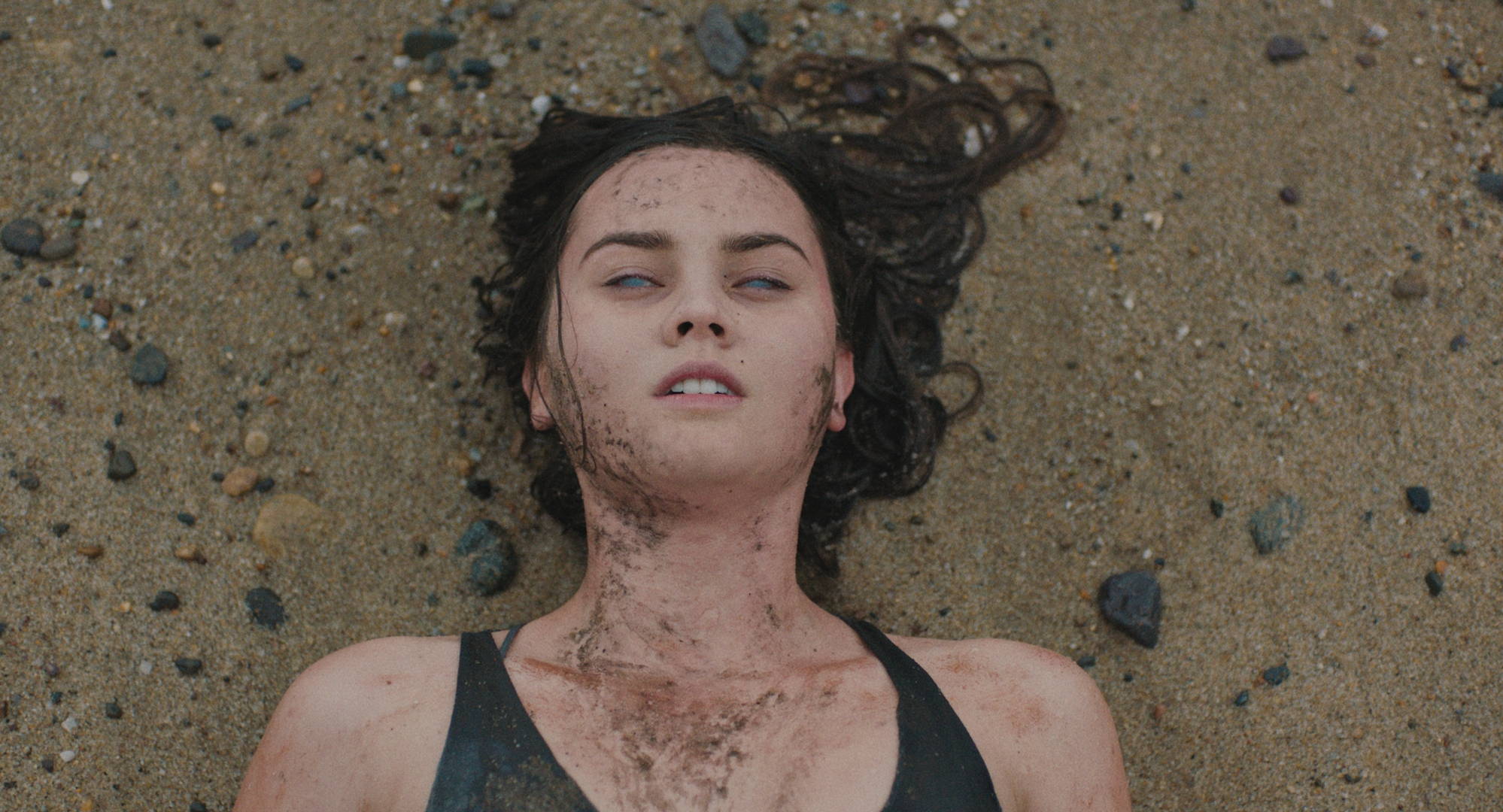 Ominous, hallucinatory, and with incredible timing for a pandemic The Beach House is a Shudder exclusive release that was met with great fanfare at its premiere in the Chattanooga Film Fest and could quite well be the aquatic horror of the year. While other contenders involve deep sea explorations into depths unknown and underwater man eaters, The Beach House takes a much simpler approach and exploits that hell out of it for a compelling nightmare about seaborne contagions.

Randall (Noah Le Gros) and Emily (Liana Liberato) are a young couple seeking the solace of an off season beach house to rekindle their relationship caught on the rocks. Emily wants to continue her schooling to graduate school to become an astro-biologist to study deep sea environments and Randall has left his schooling due to an existential crisis. There’s an invisible rift between them at all times, an unspoken disconnect builds a downbeat mood as they try to sort through their issues but then another problem arises. They are not alone. In an apparent miscommunication, they stumble upon Mitch (Jake Weber) and Jane (Maryann Nigel),who are  an older couple and friends of Randall’s dad that also occupy the beach house. While it creates a bit of upset, it’s decided to make the best of the situation with some shared wine and marijuana edibles. And this is really where the film takes off. 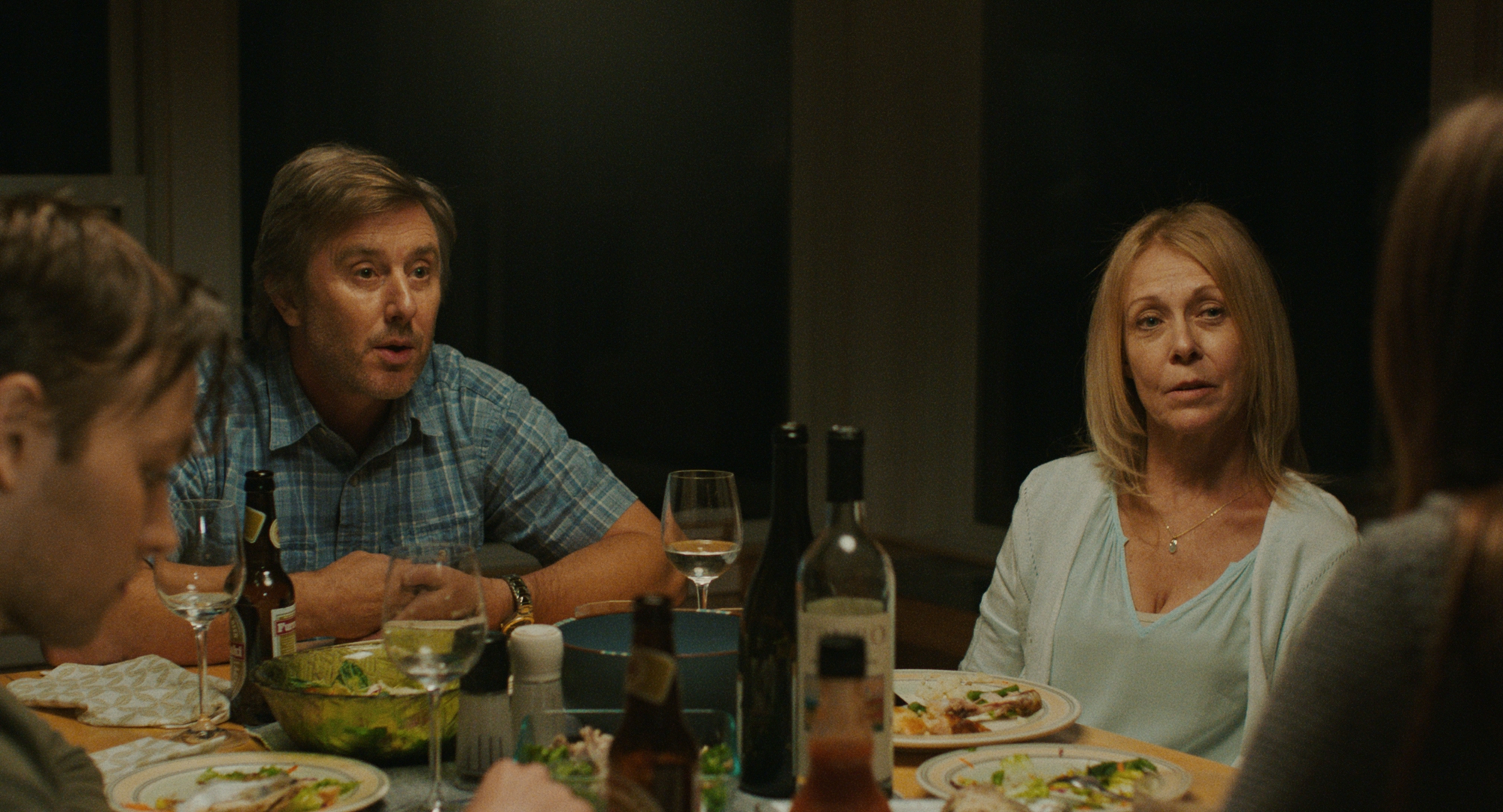 Drunk and stoned, the group wonders to admire the water’s edge where they come across a curious sight. Caught in the trees is a radiant goop that seems to have come from the sea. It glows in luminous effect and captures the attention of Jane, who’s vibing pretty hard on it and she decides to go explore. With some natural concern over an elder on their first dose of edibles, the group keeps a careful eye on her but soon find themselves under some sort of effect. Hallucinations begin, minds become scatterbrained and Jane goes missing. A search is then underway where they find Jane lying amidst the radiant forest looking ill. They bring her in the house and everyone returns to their respective beds to mellow out for the night.

The strangeness continues the next day. Randall feels a terrible pain in his stomach, Ralph has now disappeared and Jane’s condition has only worsened. Emily suspects some sort of contagion but before she can call for help violence erupts when Jane starts frothing at the mouth and tries to kill randall. It’s not long before Ralph re-appears also mutated and a fog settles in off the sea. They soon discover they are in a contamination zone and will have to fight for their lives against the invisible pathogens and the infected.

Though it’s first act has a bit of a slow burn it builds an ominous atmosphere that’s accentuated by the action once strange cephalopods, luminous goops and contagions wash ashore to create terror for the two couples. All of which is slimy, vomitous and makes for excellent body horror as the infected become molten monstrosities through practical effects that will have any horror fan rejoicing in their aquatic terror. Writer/Director Jefferey Brown creates an ominous tone that carries throughout both with his character dynamics and suspense that lends itself both to the psychological and visual. With stunning visuals the cinematography captures a constant haze and lends itself to hallucinatory visuals that are entrancing. While The Beach House> is a single location, Jeffery Brown does well to build an entire world worth exploring around it and rekindles the underspoken sub genre of aquatic horror with this inventive contagion film that may feel a bit too appropriate a caution for any summer plans this year.