A Reckoning is a (post!) modern day Robinson Crusoe, my ode to human spirit and all its dark recesses. This film is as micro-budget as you can get, yet, I had a large vision for it: I wanted the wide open spaces, and the decay and dirt, and the extreme weather to give what is essentially an internal, human story, a large cinematic canvas. This is my lament for our species, a tale of how the fabric of our day to day existence, the trivialities that we take for granted, could (and possibly would) haunt us in a world emptied. This film has had a long, hard road to see the light, but now, in 2020, I think A Reckoning feels more relevant than ever. This truly is the right time for our little film. Worryingly. 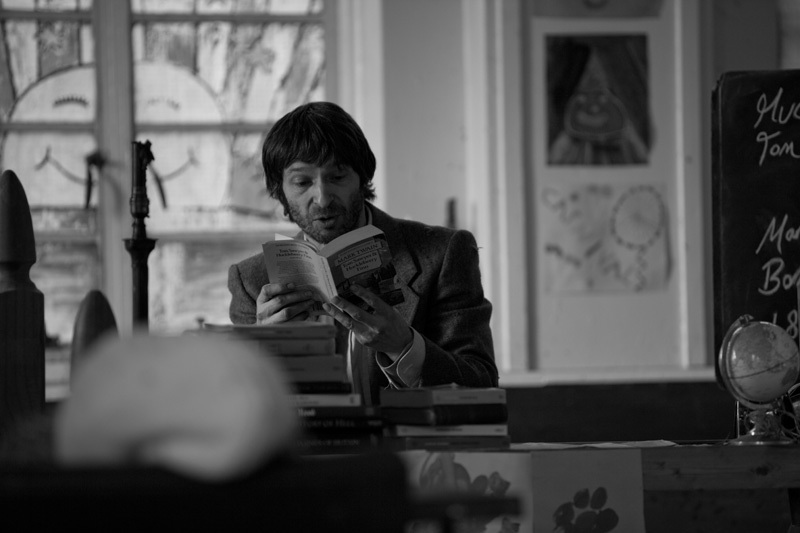 The last man on Earth lives in a frozen and desolate landscape with only a village of straw people to keep him company. One fateful day his way of life becomes unraveled in strange and frightening ways. This is the story of end-of-the-world film, A Reckoning.

The apocalyptic science fiction film is an acting clinic from star Leslie Simpson, as he runs through the entire spectrum of emotions that would come with being the last man on earth. He starts out as “normal” as one can be at the end of the world – a school teacher, teaching a class of handmade straw people. To him, everything is normal… but as the film goes on, we witness his slow descent into madness leading his day of reckoning.

The primary themes of the movie center around how humans deal with the loneliness and guilt of their past. From time to time, we see a lady dressed in white watching him. We are left to wonder if she is real or, perhaps, a ghost from his past – a ghost that he can’t let go, a ghost that adds to his madness.

The film has a powerful and unique look. The monochrome colors and the cold of winter work in unison to present a desolate and barren wasteland. Sometimes, you can truly feel his pain in a real and visceral way, as the film plays on. What the film lacks in action, it makes up in psychological tension.

The film, available for purchase or rental on Amazon, was in a production limbo for a decade, adding some intrigue to the overall story of the film in many ways. Thankfully, the issues resolved and audiences are finally able to see and enjoy this emotionally powerful film.

Overall, I enjoyed watching A Reckoning and would recommend it to fans of apocalyptic tales or powerful feats of acting.