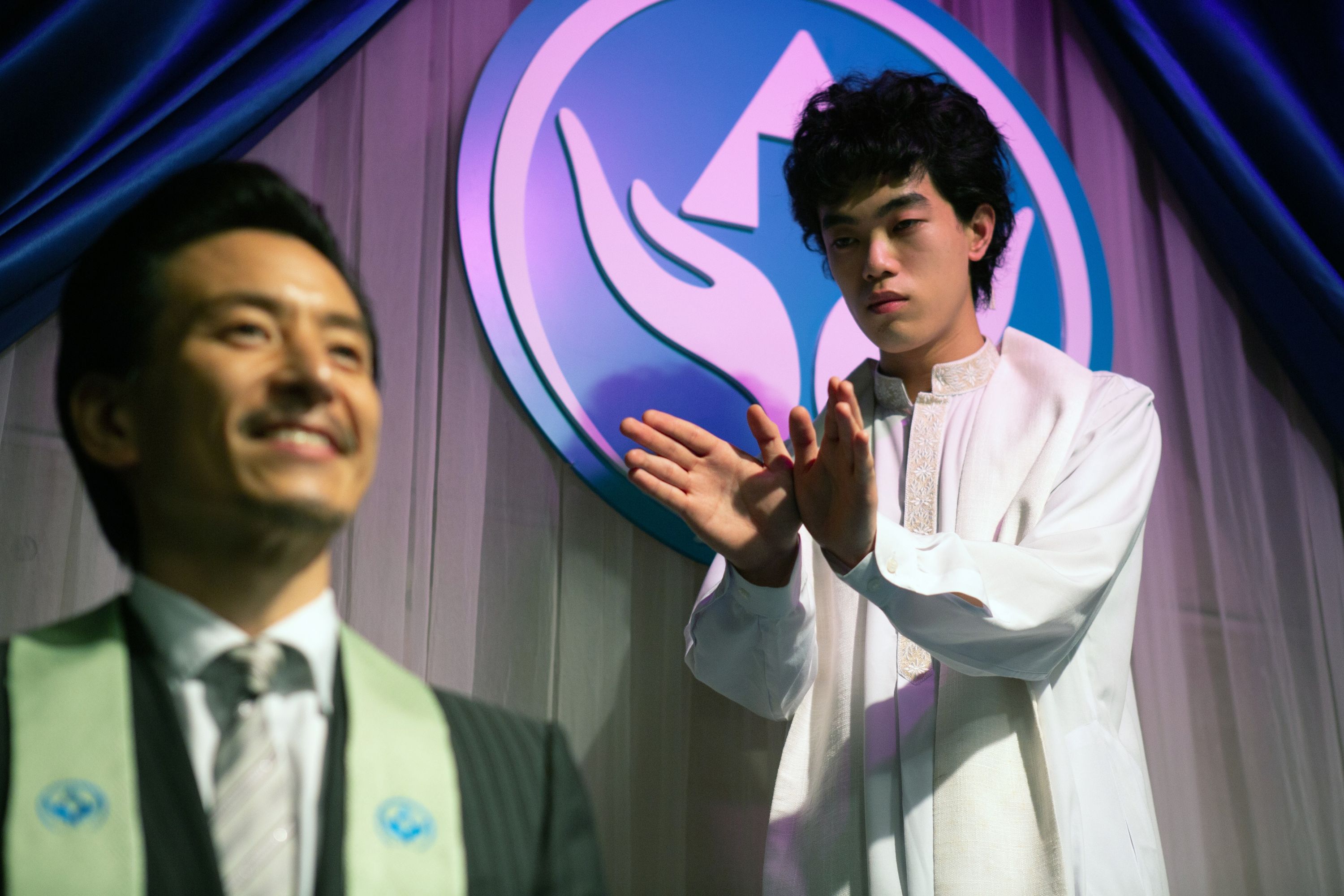 In 2017, One Cut of The Dead was released in Japan – a “zombie” movie with a micro-budget that was such a hit, it made back over 1000% of said budget in its home country. In time it worked its way across the globe, showing at film festivals throughout 2018. Few in North America had seen it until 2019, when it premiered on Shudder. I was of the lucky few who caught it early, having had the chance to watch it on an international flight where I felt victim to that airplane curse and burst into tears during its final moments. It was so uplifting. It just felt so good.

During this pandemic, I have found myself recommending it quite often to anyone in need of a feel-good genre movie. So, for many of us, it will feel like very little time has passed between discovering One Cut and the Fantasia Film Festival’s Canadian premiere of writer-director Shinichirô Ueda’s second feature, Special Actors.

Cleverly echoing the pressure Ueda himself felt after the massive success of his first film, Kazuto Ohno (occasionally and aptly referred to as “Mister Ohno” in the English subtitles), is so crippled by nervousness he faints at the slightest sign of conflict. Despite his pitiful ailment, he dreams of being an actor. Obsessed with a campy dubbed superhero film from his youth called RESCUEMAN, he fantasizes that acting will empower him the way it does his favorite hero. A chance encounter with his estranged brother on the street leads him to the front door of a talent agency called ‘Special Actors’ that provides an unusual service.

Relying on the same workshopping technique used in his prior film, Ueda begins with a general frame, and the cast of unknown actors collaborates with him on the rest. He has not left behind that handmade aesthetic, yet somehow, I have not grown tired of it. Does this movie look great? No! But it is so much fun you can get swept up by it regardless.

Working this way lends itself well to meta-commentary on the filmmaking process, but the team of Special Actors moves swiftly away from the behind-the-scenes angle taken in One Cut of The Dead. Now the focus is the performance of actors, and the cameras have been cast aside for a more postmodern form of theater. Where in One Cut, the trick of the first act of the film was entirely on the audience, in Special Actors, we are in on the con. And this makes for some delightful silliness. 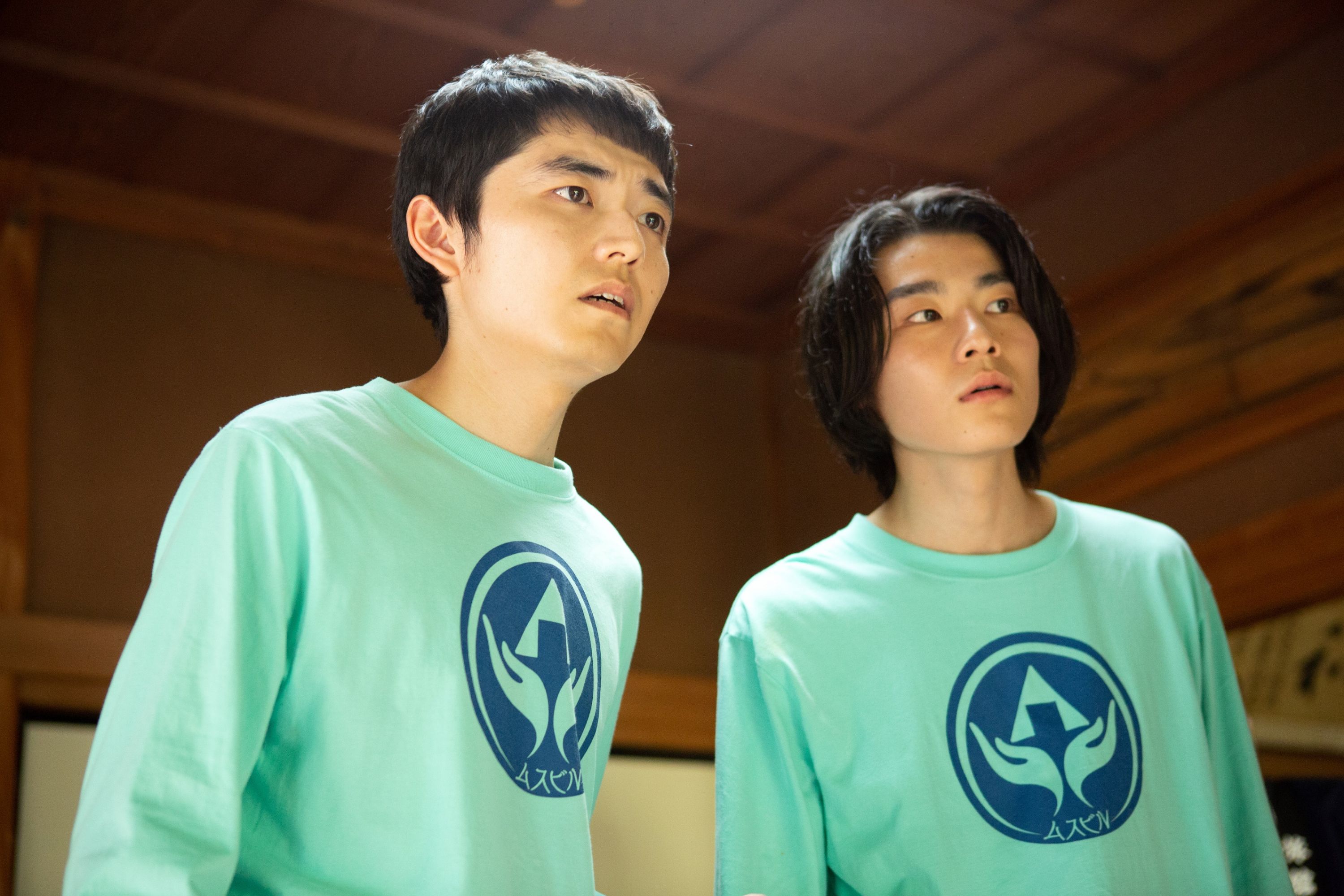 I never would have guessed in the year 2020 I would see not one but two movies about the Japanese phenomena of person rentals and I must admit, Special Actors is my favorite of the two (sorry, Werner Herzog!). Both this and Herzog’s Family Romance, LLC are fictional tales about the real-life practice of renting an actor to fill a social role – a date, a parent, a friend when one is needed. While Family Romance, LLC is a nearly Dogme 95 meditation on the human interaction between individuals and the actors filling their social needs, Special Actors takes it in an unexpected direction with its actors as personal problem solvers. And then it defines ‘problem solving’ as infiltrating and investigating a cult. If you are already tickled by this idea, lemme tell you, this movie is for you.

Part story of self-discovery, part absurdist caper, Special Actors never lingers in sadness, always quickly facilitating connection and bouts of joy for the characters. The characters are caricatures of the cast themselves, their name changed by only one letter. The team’s energy is wild and in perfect sync, from our shaky anxious lead to an actress who is constantly going over the top, shouting excitedly that she’s always wanted to try every weird request they have for her – including being bound to a chair. The silent young man worshipped by the cult is especially funny – his expression so thoroughly apathetic it looks as if he does not even want to be in the movie at all.

Together the group weaves an amusing tale filled with fake outs and surprised. Even the twists I saw coming felt rewarding when they played out on screen, and those I did not foresee were equally delightful. It is all so dumb while being so lovable, you cannot help but root for the Special Actors crew. Watching them work together is endlessly entertaining, and when it ended, I found myself disappointed that there was not another episode waiting.