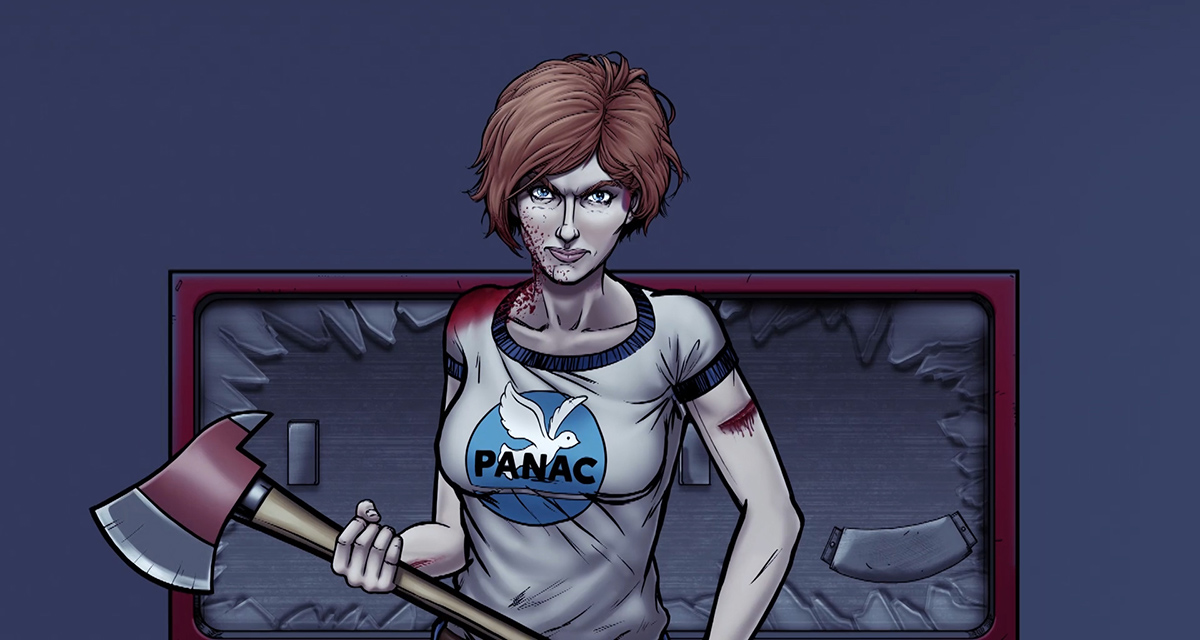 With a unique animation style reminiscent of modern comic books and the television sensation Archer, To Your Last Death is an animated action-horror film with a couple of Saw-esque traps, tons of blood, and a perfectly animated Ray Wise. The star-studded voice cast includes William “Captain Effing Kirk” Shatner, Bill “Chop Top” Moseley, Deadpool‘s Morena Baccarin, and the aforementioned Ray Wise. Wise’s Cyrus Dekalb is a spitting image of the actor himself, which only adds the unique vibe of this animated bloodbath.

The entire movie pivots on the idea that life may just be a game, controlled by sadistic overlords who care only for their own amusement and entertainment. Essentially, malevolent godlike forces use us as their own form of TV… that’s the base premise here.

In order to save her siblings, a young woman takes on her father and the powerful entity known as Gamemaster, who ensnares humans into diabolical plots while her species gambles on the outcome.

In this high stakes game of cat and mouse that resembles a divinely coordinated game of The Running Man meets the Choose Your Own Adventure book series, Miriam (The Love Witch‘s Dani Lennon) must make the right decisions to save herself while keeping the overlords entertained. As the story goes on, it also becomes increasingly difficult to determine what is and isn’t real. The added mindfuckery to an already trippy premise turns the morbid tale on screen that much more intense. In other words, this is a story you need to experience yourself to truly understand.

The long and the short of it all, love it or hate it, this is a unique trip that horror fans should seek out. There’s a bit of humor here, but this is decidedly a dark action-horror film that uses a unique animation and storytelling style to set itself apart.