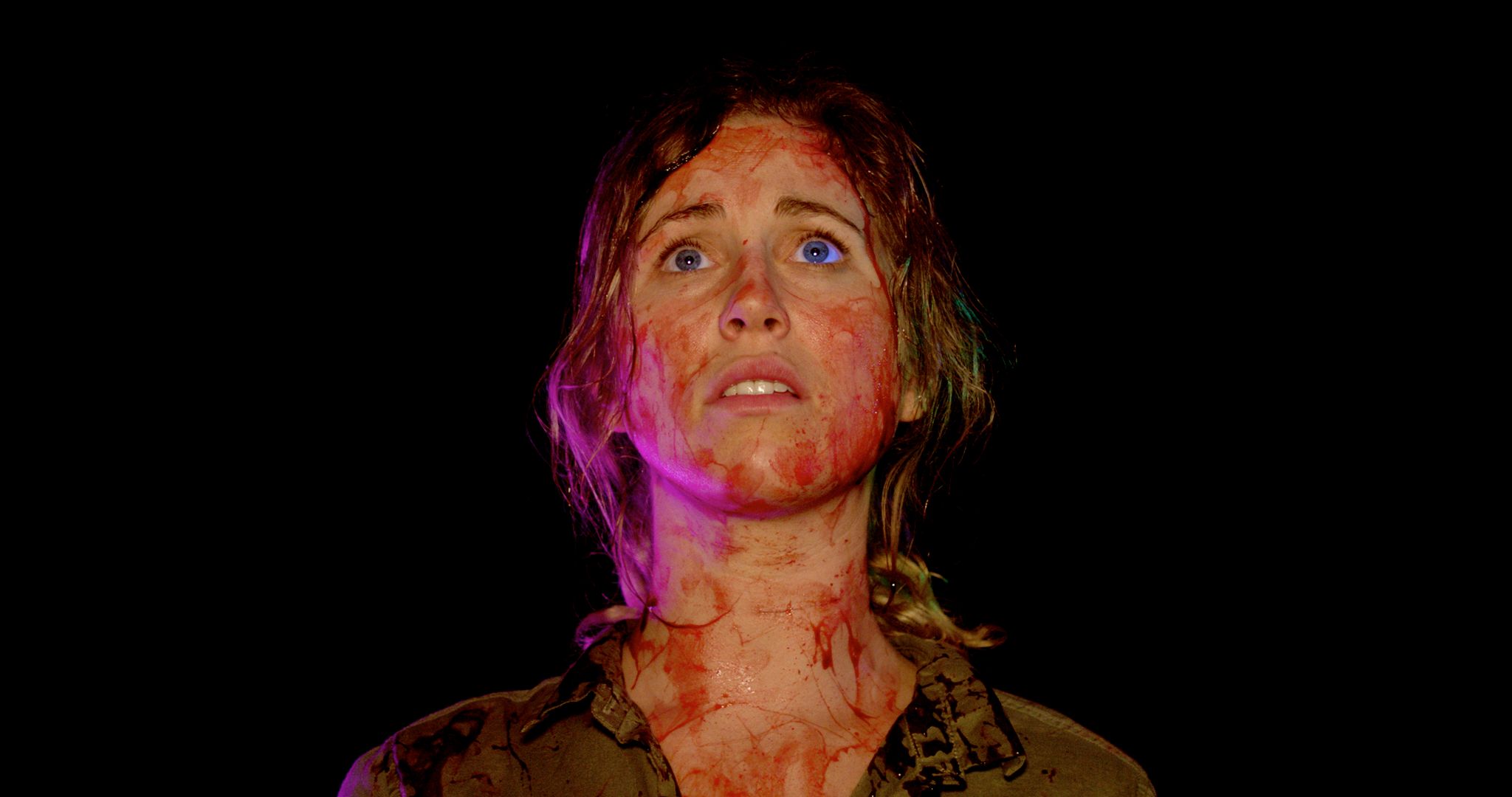 Thoughts of suicide are a natural part of our human condition and for the most part a very sad deliberation. However, when a cosmic vagina/asshole appears on your apartment wall and grants the strange curse of immortality to a manic depressive, you get the dark comedic absurdity that is Dead Dicks. It’s even polite enough to open with a warning about suicide triggers and resources for assistance, so just a heads up…there’s a lot of estrangulation, electrocution, pill swallowing and many other conventional sources of suicide that make for some pretty rough scenes. But where the film could of become a Saw-esque showcase of exorbitant set piece suicide measures, Dead Dicks manages to focus on the comedy and character relationships to compel the film into its delightful daliance through such a dark topic.

Richie (Heston Horwin) is a manic depressive whose become a recluse in his low-rent apartment and has lately taken to sending his sister Becca (Jillian Harris) disturbing phone calls. Though she cares for her brother, Becca has been doing this her whole life, so much so that she’s decided to pursue social work as a profession. But the toughest case is always the one closest to home. After hearing a voicemail of incoherent rambling and begging her to come over, Becca pays her brother a visit. The apartment is in shambles, mania is clear and when she finds her brother’s body hanging in the closet she’s devastated. Though nothing could prepare her to hear her brother’s voice behind her. Becca turns around to see Richie, alive. Yet, his body is still in the closet. It’s not long after that Richie attempts to explain that he’s killed himself four times already, matter of fact he just ate some pills so now five. Becca is dismayed, how is this possible? Richie then shows her the intergalactic portal that has taken to his bedroom wall. It secretes a strange goo and has vaginal qualities which Richie points to as a metaphor of rebirth. To demonstrate his point, he suddenly dies and Becca watches her brother re-emerge through the strange wall portal. Existential dread ensures as they ponder what the hell this could mean but another threat lingers. Rent is due tomorrow and there’s about ten dead bodies stinking up the apartment. A rushed corpse disposal leads to a nosy neighbor becoming entangled in the suicide-vagina chronicles of Becca and Richie which leads to some fantastic twists and turns that ultimately land on a very emotional but ambiguous beat for it’s last ten minutes.

Writer/Directors Chris Bavota and Lee Paula Springer have crafted Dead Dicks with a very special care that is often the defining line between dark comedy and offensive edging. Though the film is filled with great death gags and jokes, there’s a genuine relationship that feels at stake throughout the movie between Richie and Becca; all of which serves to highlight some very important themes about the topic of suicide and those it affects. Laughter is after all the best medicine, but if you can add some aspect of bloody body horror and a cosmic vagina more power to you! 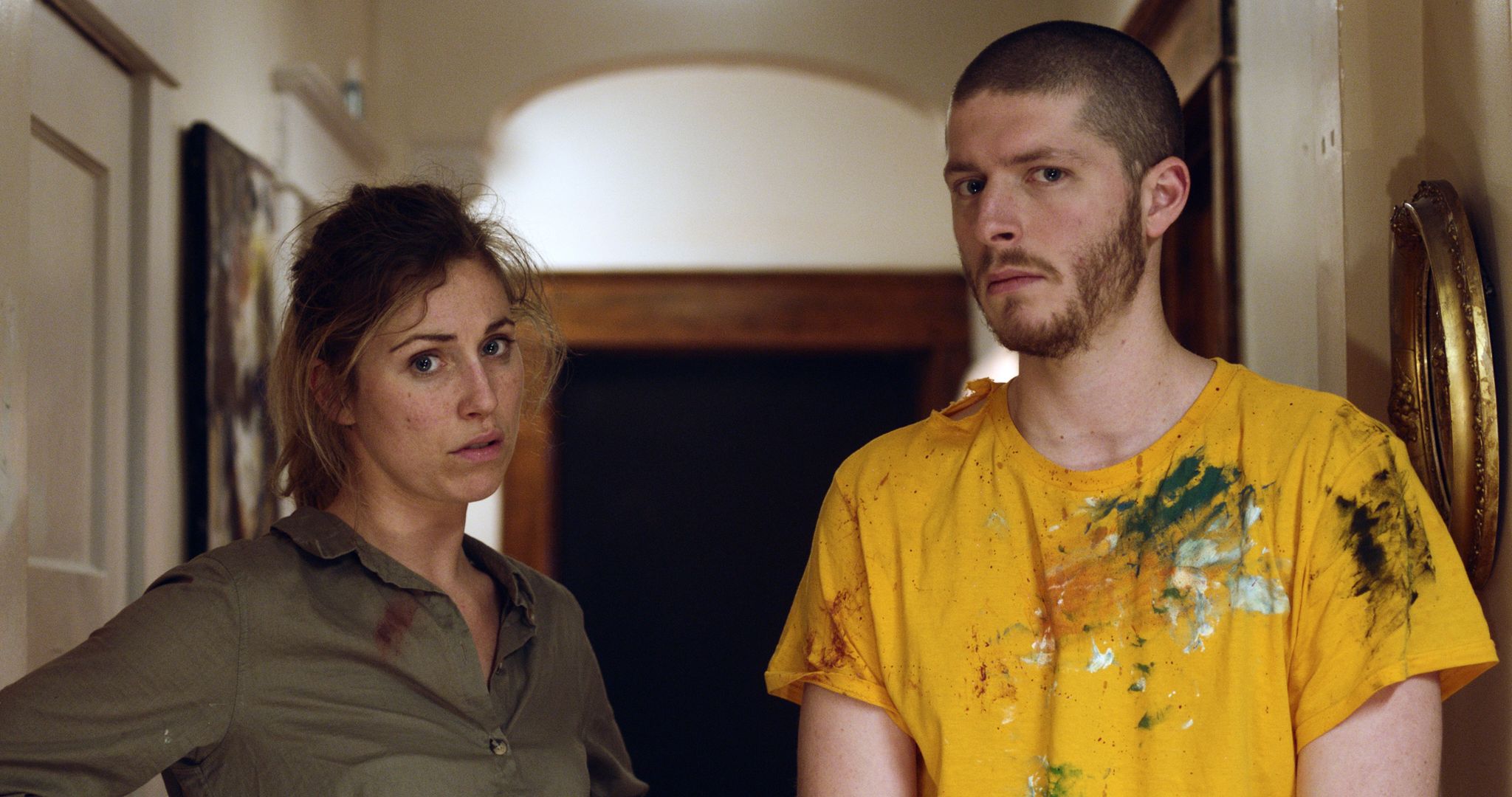 Dead Dicks is a very novel dark comedy with a great concept that uses its horror to excite both the dramatic and absurd. At times it’s dark and at times it’s light but throughout it keeps its audience engaged in it’s well crafted set ups and executions that make for an engaging film.