When I heard that Indonesian horror maestro Joko Anwar was going to have a film premiere at Nightstream called The Queen of Black Magic, I was all sorts of excited. After watching his 2017 haunted house chiller Satan’s Slaves and this year’s moody atmospheric Impetigore, I was very intrigued to see what he would bring to the table next. While Joko Anwar is only the screenwriter for this, the movie is definitely in good directorial hands with Kimo Stamboel, who brought us the violent Indonesian martial arts flick Headshot, starring complete badass Iko Uwais. Can Kimo’s style mesh well with the methodical pace and horrifying scares of Joko’s?

Three middle-class families travel into rural Indonesia to visit the terminally ill director of the orphanage, where each of the three adult men were raised during their childhood. As soon as they arrive, sinister and terrifying events begun to befall the families and occupants of the orphanage, revealing a dark history behind this place of refuge for children, threatening to destroy everyone. 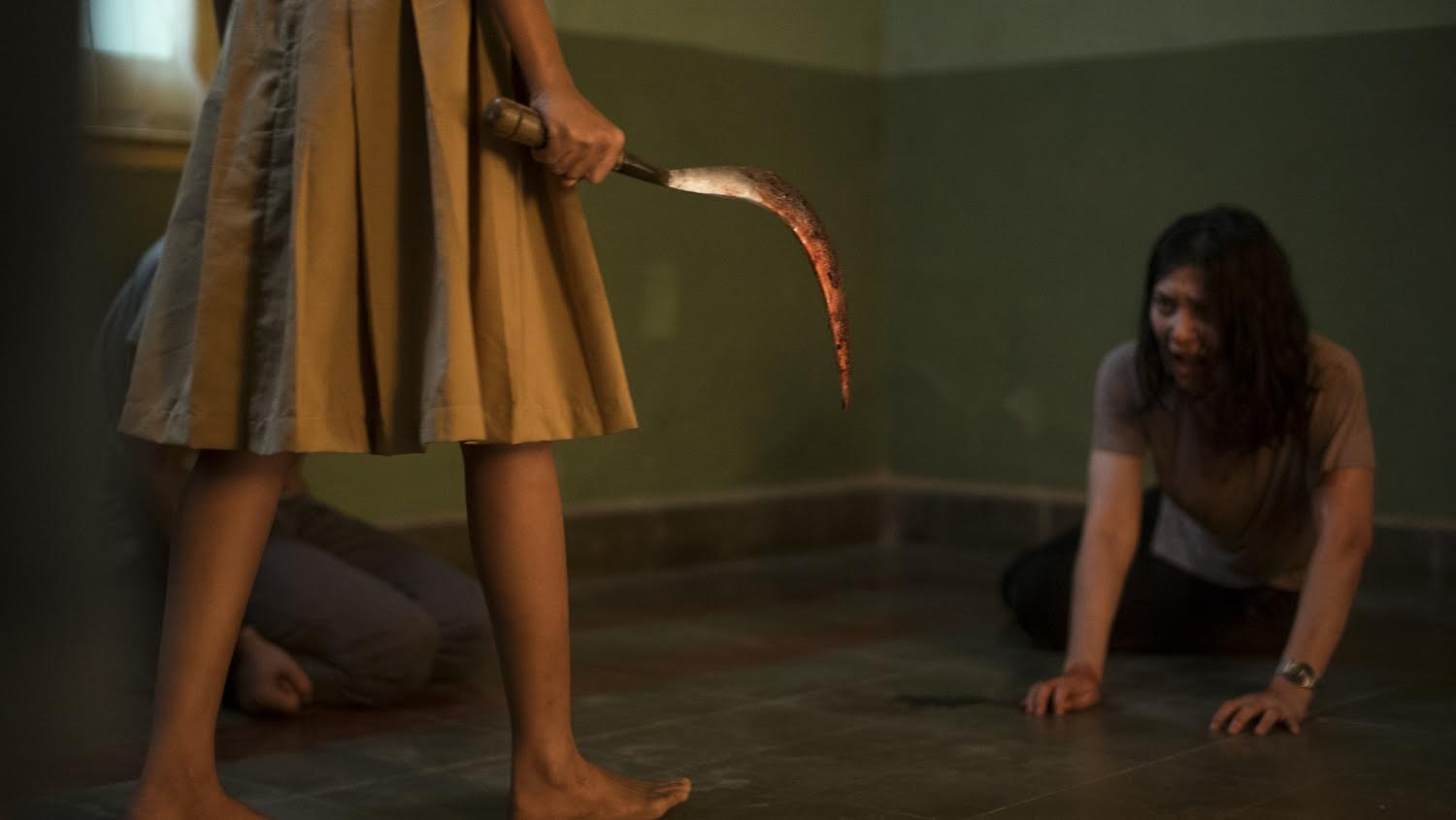 I have become a big fan of Indonesian cinema in the past few years. The movies that have put out in recent years in the horror and action genre – films such as Satan’s Slaves and The Raid franchise – have firmly established they are in a master class all their own. The Queen of Black Magic continues that trend of exceptional horror releases from Indonesia, though due to a more fast and loose approach to the story and pacing, doesn’t quite reach the pinnacle of what has come before it.

Our story starts off with slowly, firmly establishing the excess amount of characters, adults and children, that we come across in this tale of past sins and mysterious evil. While balancing this many characters could fail in a lesser filmmaker’s hand, Anwar and Stamboel ably handle the abundance of characters and do make us care, to some degree, for all their well-being. Once this movie gets moving at the 40-minute mark, however, all bets are off and this movie shifts from a deliberately paced mystery to a full-blown haunted house of blood, gore, bodily harm and mayhem. We are treated to various bodily horror sequences, ranging from a woman cutting off her own skin to make herself skinnier to another ripping her flesh off to get the multiple bugs and centipedes removed from under her skin. I was a little disappointed by the seemingly overuse of CGI blood and gore vs practical effects, but it wasn’t a deal breaker. I loved the homages to Evil Dead 2 with a specific possessed limb to a rather slick and creepy sequence involving a small child, a possessed witch and a video cassette harkening to The Ring. The climax of this movie is literally the very definition of a haunted house walkthrough, with various rooms at the orphanage displaying different forms of torture – bug vomiting, scalding hot water peeling away skin, etc. – for the large cast of characters we have come to known.

The Queen of Black Magic does come off as a more funhouse of horror than the more heavy atmospheric and tightly constructed Indonesian horror films I have seen previously which, while does make this movie not as high up on my list in comparison, does show that the Indonesian horror film can deliver on the pure terror as well as the more fun elements of the horror genre. I was very impressed with The Queen of Black Magic and highly recommend it to anyone who’s looking for a wild ride of possession, gore, and horror.