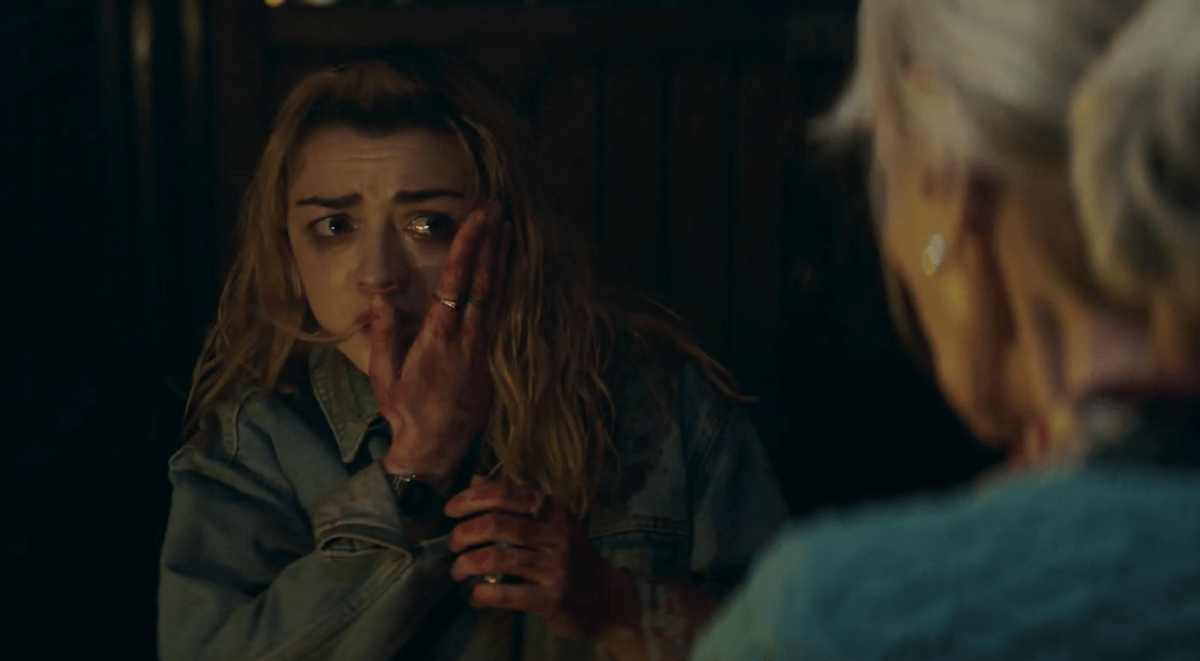 It’s rare for me to find a movie within the genre of horror that truly scares me. I’ve worked my way through franchises like A Nightmare on Elm Street, Hellraiser and Halloween. None of these boogeymen truly terrify me. Truth is, I come to this genre because it’s entertaining to me. You get the world of both good and bad under the same umbrella. Take A Nightmare on Elm Street, for example. The first film portrays its’ antagonist, Freddy Krueger, as a terrifying dream demon that haunts children. In other sequels, with the exception of Wes Craven’s New Nightmare, he’s always a comic relief. Sometimes that can be truly entertaining and in others not so much. The B-movie blood that makes the sequels of these franchises is an overload of cheese and camp. After all, aren’t movies simply supposed to entertain us.

Then you have movies that step outside of the genre. They are legitimately scary because they ground themselves in our reality. Take 1974’s Black Christmas, for example. Here you have a normally cheery time of year that is exploding with bright colors and warm feelings. At the center of this warmth is a series of murders surrounding your friends. To increase that terror, it’s coming from right inside your own home. That’s an absolutely terrifying thought. The movies that haunt me most, within the horror genre, are those that take this approach. Base themselves in reality. Let’s face it, you’re most vulnerable in your own home because you think you’re safe. The home invasion sub-genre of horror could have something to say about safety.

Whether we’re talking about the aforementioned Black Christmas, 2016’s Don’t Breathe or this year’s The Owners – the sub-genre is a welcome exercise in psychological horror. The Owners is no exception to that rule. Fun fact, this movie opened up only one week after the quadruple delayed film, The New Mutants, which also stars Maisie Williams. The Owners chronicles the story of four teenagers who invade the home of a wealthy elderly couple – only to get the tables turned on them. The latter twist is what makes this movie worth the watch. It’s sad, to me, that this movie flew under the radar for some many Williams fans because it got overshadowed by the long-awaited X-Men spin-off. Even though, Williams gets top billing and she is undoubtedly the singular celebrity people will know from this film – she is fair from the star of the movie.

This movie’s cast is small but also somewhat familiar. As I previously mentioned Williams is the familiar face; but this movie is filled with archetypes we’ve seen before. You have the unhinged, devil on your shoulder type in Jake Curran. The central mixed emotion “leader” in Ian Kenny. The angel on the shoulder and scared type in Andrew Ellis. All of which we’ve seen a hundred times before in these movies. From that standpoint, The Owners feels like your run of the mill, standard home invasion movie. No, the real stars of this movie are the victims in Sylvester McCoy and Rita Tushingham. They are the surprisingly linchpin which allows this movie to stand out above the others like it. They completely fill the movie upside now. I want to so badly spoil it, but the need to know as little about this movie as possible to make it as effective as possible.

Overall, The Owners is a step above other home invasion films. What starts out as normal, and even is characterized as such, is quickly turned on its head thanks to the standout performances of Sylvester McCoy and Rita Tushingham. Their performances come out of no where, at first, but allow this movie to be the genre on its head. Their performances elevate the movie to new heights and scares that break this otherwise formulaic thriller free from its shackles.