Born as Jesus Christ Allin and raised in rural isolation by a violently abusive religious fanatic, GG Allin grew up to be one of punk’s most controversial figures. His music was overshadowed by his on-stage antics, including throwing blood and feces at the audience and hurting himself and audience members. In this first substantial biography of the man who wanted to make rock “dangerous” again, Hardcore Anxiety author and illustrator Reid Chancellor portrays Allin’s life and early death with sensitivity, asking us to look beyond the shocking spectacle to understand the troubled human behind the scenes, and the societal forces that pushed him to the edge of creative expression.

GG is known for being violent (with himself and others), his acts sexual degradation/assault (with himself and others), his often blood and feces filled performances and his harsh demeanor. He’s know for all those things because…well, they’re all true. I have friends that won’t even considering listening to a song by GG Allin let alone reading a graphic novel style memoir, but they should.

Rock and Roll Terrorist is intriguing and tries to paint an honest picture of GG/Kevin/Jesus Christ from his early New England childhood to looking down on his unwashed human vessel in his casket. Despite the often crass and abusive way he delivered it, GG would claim the message is what mattered and he would be right. I doubt this graphic novel will sway you to love Allin or his nihilistic approach to life, but the HATE! styled artwork and larger than life story may crack the door enough for you to consider exploring more.

There’s also an activity/coloring book to compliment the graphic novel and it allows you to delve a little deeper and use your own poop browns, banana yellows, and blood reds to bring GGs world to life. 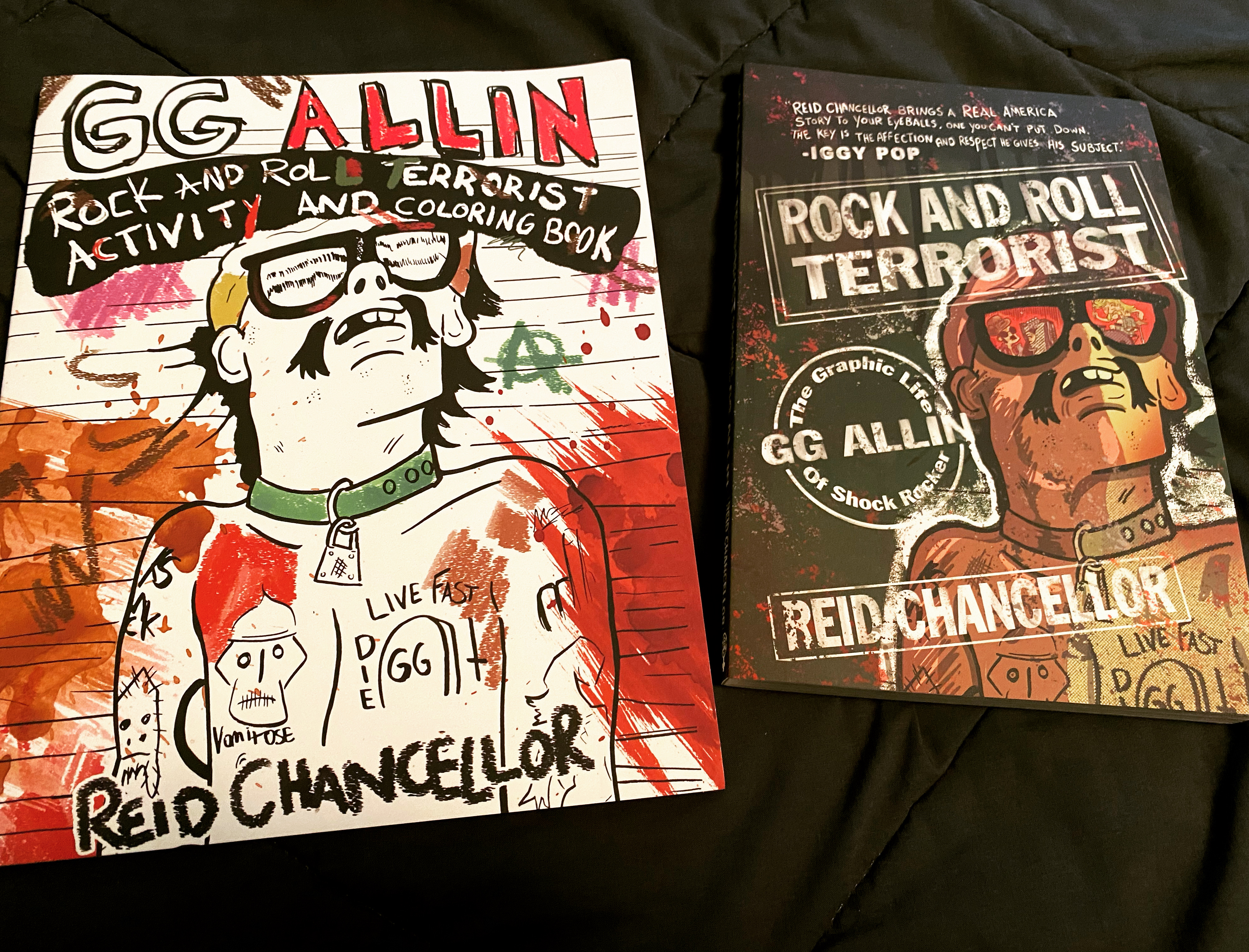