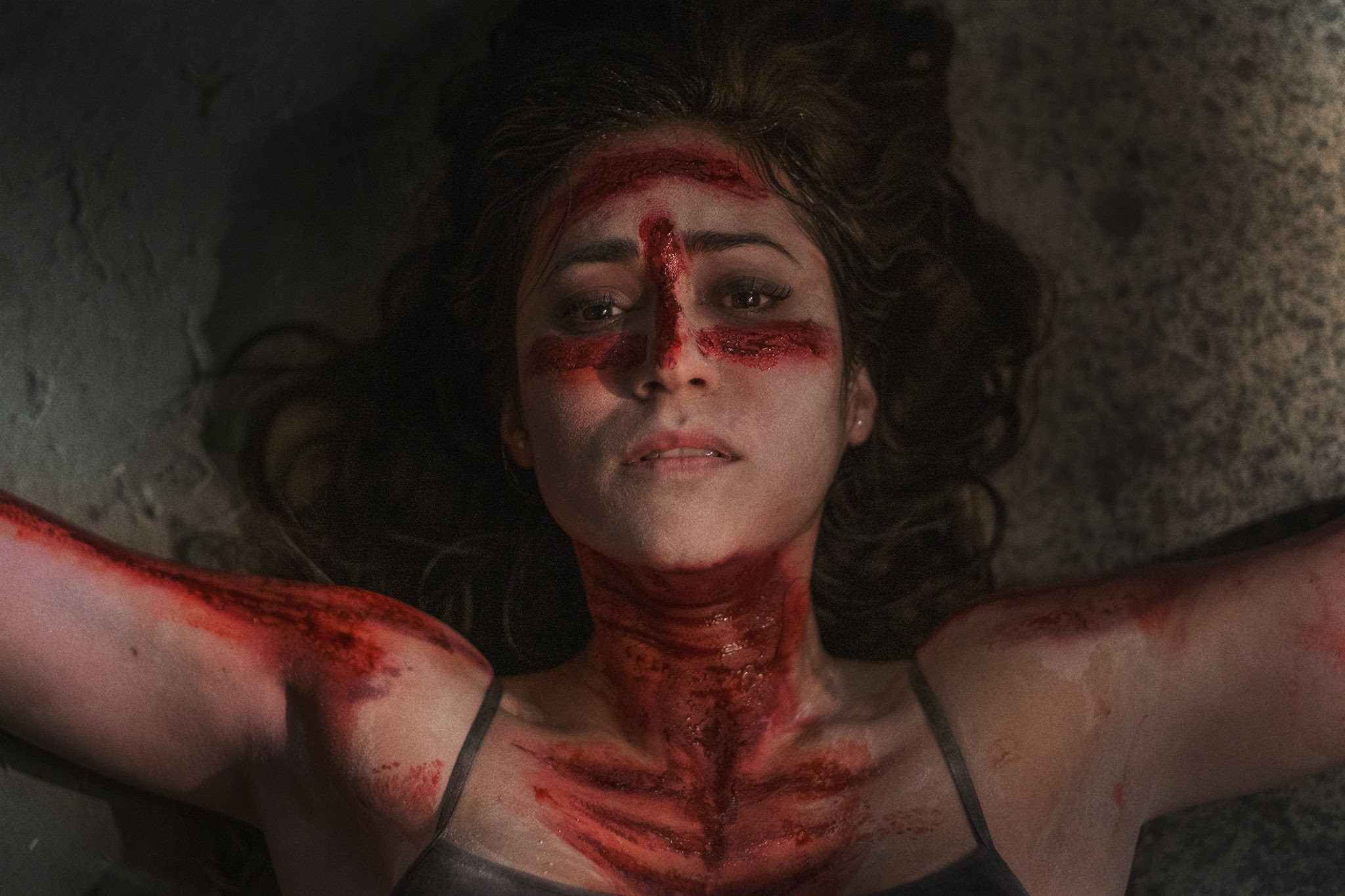 Kicking off Chattanooga’s Friday night slate, The Old Ways (directed by Christopher Alender and written by Marcos Gabriel) summoned a fierce display of brujerian witchcraft, slithering exorcisms, and ritual crucifixions. When an adventure journalist dares to revisit her home in a remote village in Mexico she discovers that it’s more than her desire that challenges her to face her demons but her fate as well.

The film kicks right into the action with the abduction of Cristina (Brigitte Kali Cannales). Having been away from home for so long she is no longer fluent in the language of her captors. As the bag is lifted off her head she recognizes only one word they shout at her: “La Boca”. A mysterious cave site Cristina was tasked with exploring for an adventure media outlet. The room is dark, a witch woman (known as a “bruja” in these parts) murmurs prayers and a man approaches holding a large gallon of goat milk. The man says,

You have a demon in you.

Cristina is drowned with goat milk and informed by her captive and care taker Miranda (Andrea Cortes) that the bizarre torture is apart of a ritual. A cleansing. Cristina visited the forbidden cave and now she is possessed and only this small clan of practitioners can save her.

Cristina screams as loud as she can through the language barrier. But as Cristina is held in captivity, it becomes clear that she indeed does. Stashed away in her backpack is a syringe and the last of her heroine. Steadfast in their convictions, her captives continue to wear her down and submit her to rituals to draw the demon out of her and reveal herself for who she really is.

With a working metaphor of demons and addiction, The Old Ways draws up an excellent parable for one’s struggles with their vices and self. But even more so impressive is the feeling of terror throughout. As Cristina undergoes ritual torture and withdrawal, the world of brujeria and occult workings draw out the forgotten spirits Cristinia dismisses. She undergoes an exorcism only to have snakes summon and crawl from her stomach. Death begins to fester where she dwells and several scenes of gag worthy hair stunts strike upon many possession tropes and bring them into a new stomach churning level blend.

Throughout there is a haunting ambience that sweats down the walls and makes the sun feel just as dangerous as the night. Occult markings line the walls, candles flicker in the shadows and every moment of captivity feels more than frightening. As rituals commence, strange shadows begin to lurk about and in a final showdown of special effects. Snakes slither, organs slop to the ground and mysterious entities arise from the shadows to claim the light with incredible blends of practical and digital effects. The camera captures both an intense beauty and darkness throughout, desert hues reflect a hot sun of the walls but cast darkness into the corners where we fear to look.

Not one moment of this movie feels wasted and every scene draws the viewer in as Alender pulls brujeria, demons and what it means to become who were meant to be into frame. Delivering a unique flavor of Mexican horror, The Old Ways has already made itself known as a stand out amongst its fellows in festival ranks. As CFF continues on, there’s no telling how it can get much better than this. But it always does! Being a showcase of independent art and what it can accomplish, The Old Ways has very much proven how to make a large world with a small movie well deserving of the acclaim it received from the audience following it’s premiere.

Watch The Old Ways at the Chattanooga Film Festival now!