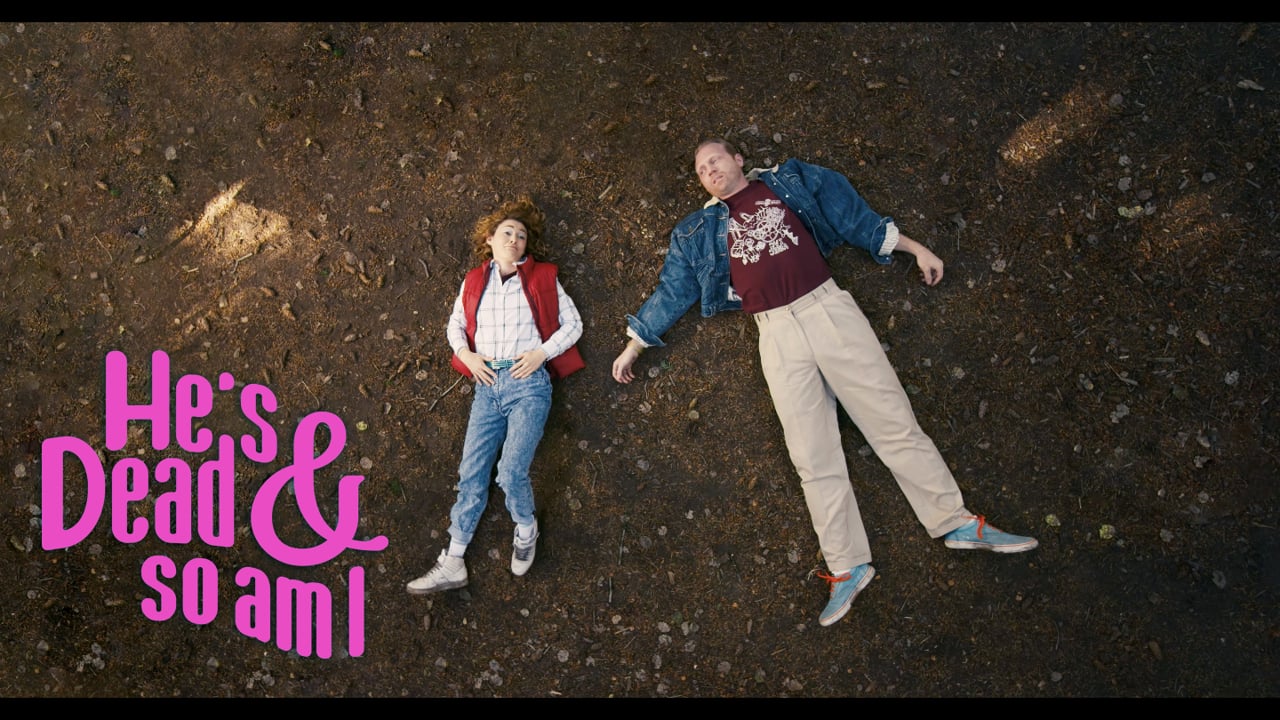 This unique and quirky comedy is a film you probably won’t see on HBOMax or Hulu anytime soon… and that’s exactly why festivals like CFF are awesome. Singular films and eccentric voices are what film festivals like this one are about – He’s Dead and So Am I is most certainly such an example.

Sandy and Lance are ghosts, trapped in purgatory for living mostly terrible lives on Earth. Plagued daily by Bartholomew, a third-rate demon sent to entice them into joining team Beelzebub, their current situation isn’t what you’d call “great.” That is, until Daphne, architect and running enthusiast, enters the picture. With her sister missing, Daphne becomes the ghosts’ means to an end; the good deed that might just “tip the scales” and get them into heaven. Seems easy enough, right? Somehow find a way for a living person to interact with a pair of dead people, use non-existent detective skills to find a missing woman (presuming she’s not dead, herself), and take all the credit once she’s found to ensure a golden ticket into heaven is secured. What could possibly go wrong?

With two leads that share witty banter reminiscent of the leads in recent released horror comedy Scare Me, an annoying hipster demon, an idiosyncratic aesthetic, and a mystery driving the plot – the tone of this offbeat indie comedy is certainly one-of-a-kind. Melanie Stone’s Sandra has a foul mouth that initially feels annoyingly sophomoric but it grows on you. She’s an unapologetic bitch, but that’s not a huge issue when you’re dead. Co-director Gabe Casdorph’s Lance is a nerdy guy with just a hint of assholish quality to him. The two have a great on-screen chemistry.

The serious turns of the story pack a bit more punch from being wedged in between the lighter tone of the film as a whole. The darker edge provided by the loneliness of being dead and trapped in purgatory gives the film a hard to describe quality, as well. But, the long and the short of it, is that this is a bizarre comedy that isn’t likely for everybody. However, if you enjoy weird comedies with dark and unconventional style, give it a shot. Even if it doesn’t initially hit in the early parts of the film, give it some time – it just may grow on you… like a somewhat unwelcome, but pleasant smelling fungus.

“I’d never be friends with someone with a mustache”

Watch He’s Dead and So Am I at the Chattanooga Film Festival now!