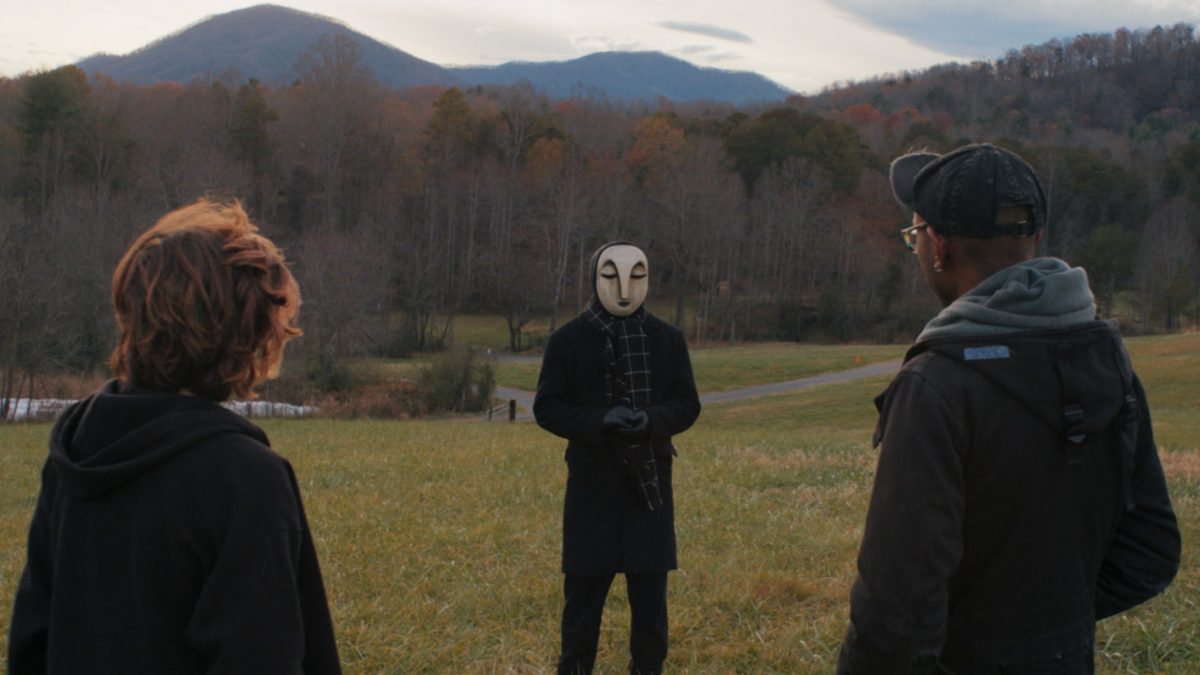 It never ends well for couples escaping into the woods to resolve their differences, atleast not in movies. Dimland plays right into this expected tension but brings a unique flavor of subdued melancholia into the rift of two lovers and a returning imaginary friend. Filmmaker Peter Colins Campbell draws up an interesting portrait of it what it means to remember what you lost and to be forgotten.

Brynn (Martha Brown) brims with angst. While it’s not explicit, it’s expressed in her binge drinking and smoking, her cutting glares at boyfriend Laika (Odinaka Malachi Ezeokoli) as they drive up the highway toward her family cabin. As they settle in for their stay a mysterious presence makes themselves known. Rue (Nate Wise) wears a cloak, gloves and strange stone faced mask and murmurs in a soft voice.

Immediately he is chastised for entering the house and forced to leave, but he knows Brynn and just wanted to say hi. Taken aback by the bizarre appearance, Laiki forces Rue back off into the night. But Brynn remains curious, something about Rue does feel familiar. The next day she sets off to find the strange visitor and discovers that Rue is a childhood friend, an imaginary friend. 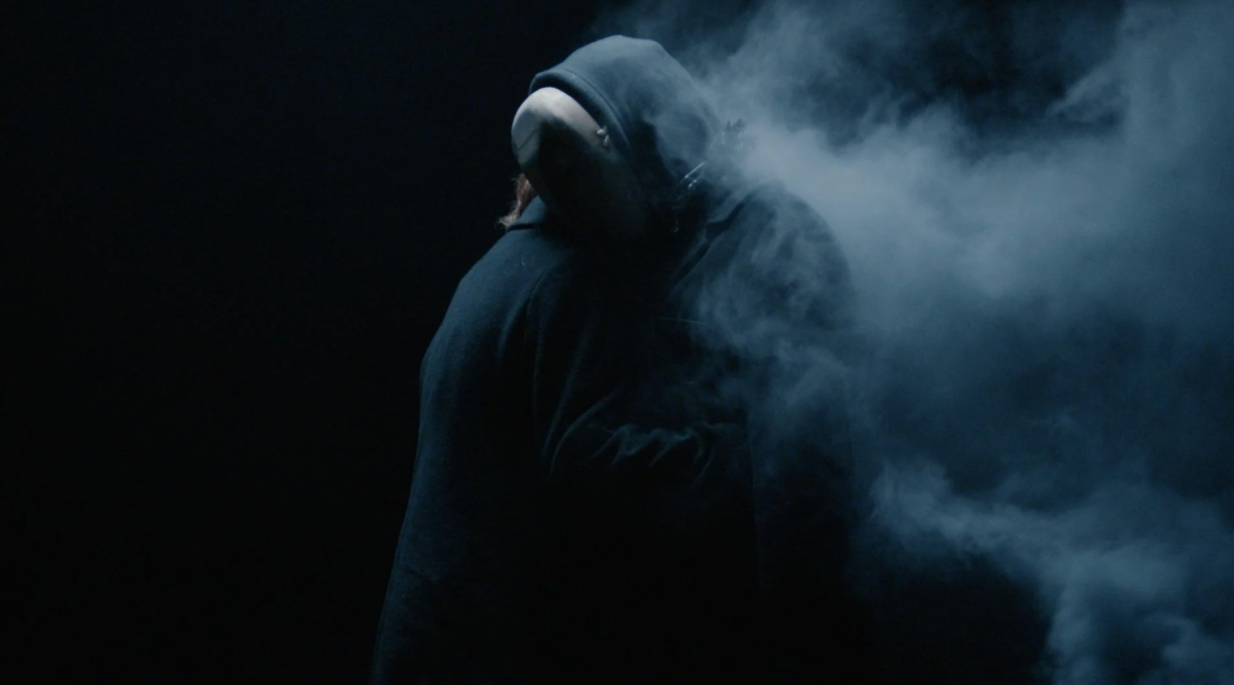 As Brynn rekindles her relationship with Rue, Laiku is distracted by another woman and the seams of their relationship further tear away. Brynn begins to rediscover an incredible place away from the world, one that Rue promises he can build a new home for her in. One where she can hide, one where she once felt at home in the dark.

As relationships grow and strain, Dimland offers an insight into melancholy and the often “just ‘cause” nature it can have. Brynn’s desire to escape into childhood fantasies become obvious parable for suicide and her words “I’m just tired.” ring the most true as she lays beside Rue in the ever vanquishing light that promises reprieve.

Colins holds a very engaging hand held style throughout and the more fantastical elements of Rue stand out in engaging vignettes. A tonal grey is established throughout, there’s not much to root for, not much to challenge but there is an emotional focus that carries the narrative throughout. While at times Laiku’s character feels distracting, it more so seems like an unnecessary side plot to the question of why Brynn would want to disappear. From all of this around us? Who wouldn’t?

If you haven’t got the blues but want some Dimland is the perfect benzo-celluloid for your kick. While the narrative at times feels a bit disjointed between it’s main characters, Rue’s promise of escape becomes a very relatable and humanizing desire as we watch Brynn unwind into a final decision to rest or remain numb.