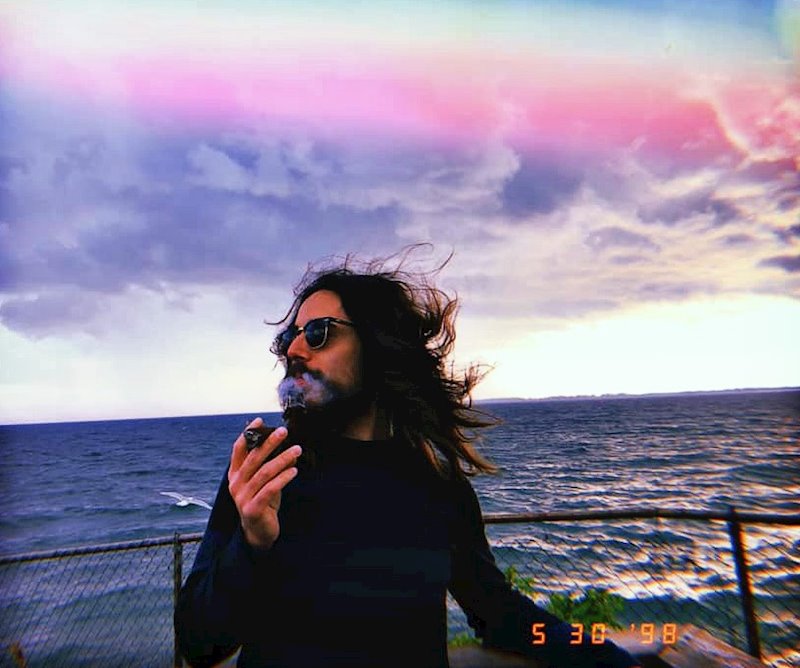 This ain’t our first rodeo with New Jersey’s Aura Blaze – back in 2019, before the world turned upside down, we covered Blaze’s great track “The Sparkling Black”. A fantastic track in its own right, “Black” demonstrates the evolution of Aura Blaze when placed up against “Open-Mindedness”, the title track of of the latest EP from the Central Jersey native.

While his previous output had a more distinct classic rock flavor, the new release feels every bit as much influenced by modern psychedelic pop visionaries like Polyphonic Spree, lush and cinematic acts like U2 or Coldplay, the soaring R&B of folks like Seal, and the beautiful vocal harmonies of the BeeGees. But, don’t fear… there’s a hefty dose of The Doors, Floyd, and The Zombies that still resides in these tracks, as well.

With a bigger, lusher, and more mature sound, it’s undeniable that Aura Blaze’s Rhode Rachel has grown as a musician and is redefining what his band and his music means to him. If I liked him before… I kinda love him now.