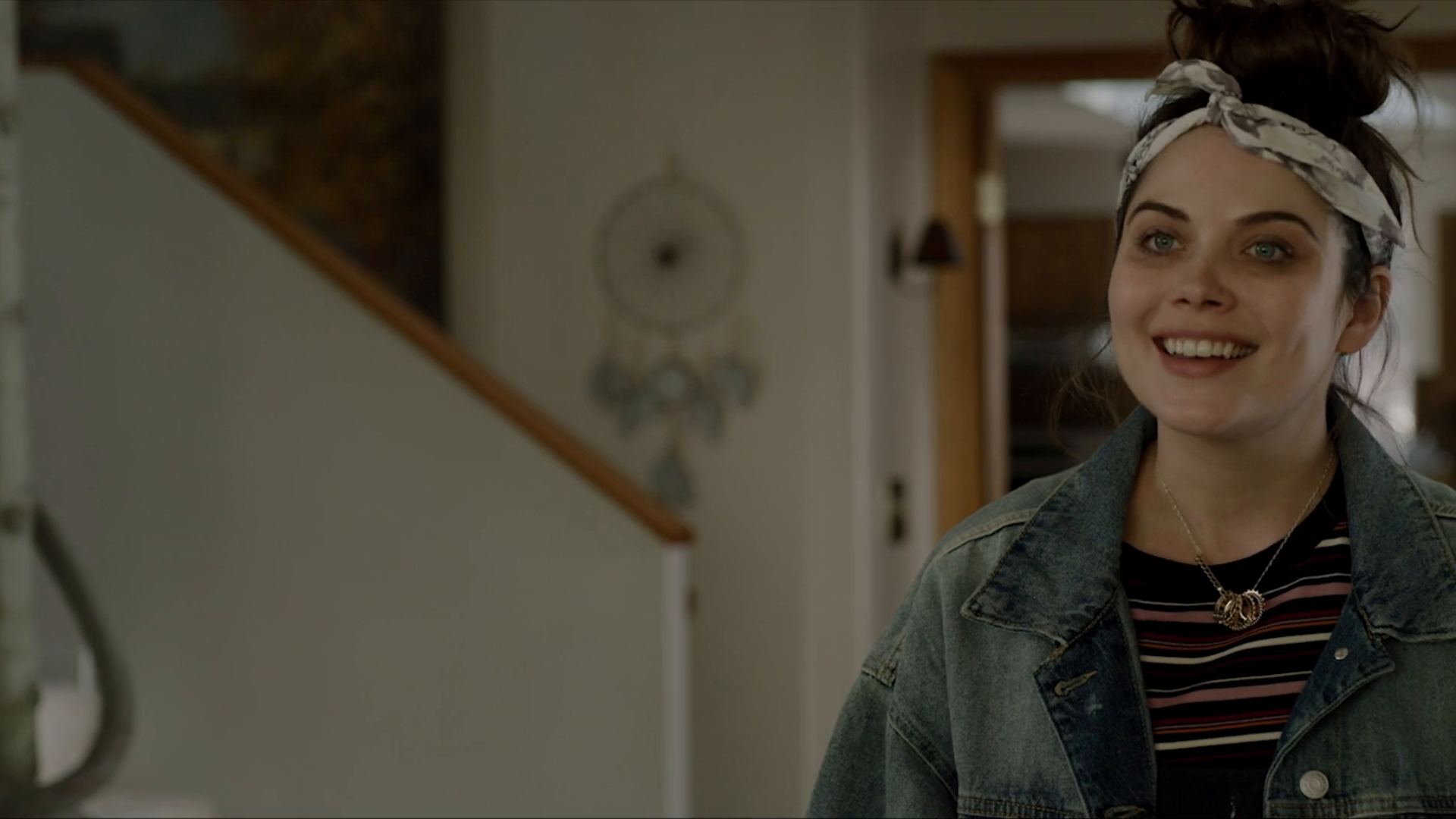 Who stays in hotels anymore, right? I mean, a one night stay makes sense, but if you’re traveling for multiple day trips, staying in a house or apartment with not only your bedroom but full kitchens, bathrooms, and sitting rooms, rather than a multi-function bedroom is always more comfortable. Not to mention, the world of AirBNB bookings often provides options far more affordable than sticking with traditional hotels or motels. Thus, it goes to reason that a reasonable person… at least a reasonable person who’s not set in their way and/or overparanoid… would at least explore AirBNB before running straight to Hotels.com these days.

As someone who just spent a four day weekend in a stellar little AirBNB in Atlanta, it’s fair to say that this film was on my mind, however. Like the host of the beautiful home Claire and Teddy stay in in the film, our host was also a superhost, so I couldn’t help but routinely check my curtains and shades, despite having a fantastic experience just outside the Little 5 Points neighborhood in my favorite city in Georgia. What exactly is a ‘superhost’ though?

According to the AirBNB FAQ, a superhost is:

A Superhost is someone who goes above and beyond in their hosting duties and is a shining example of how a Host should be… No need to apply—you simply earn Superhost status by doing things like receiving positive reviews, being responsive, and avoiding cancellations where possible.

In other words, it’s a host who does everything right and makes your stay as pleasant as possible, just like the host of the place we just stayed. However, it’s also the perfect setup for a horror film tailored for the 2020s. 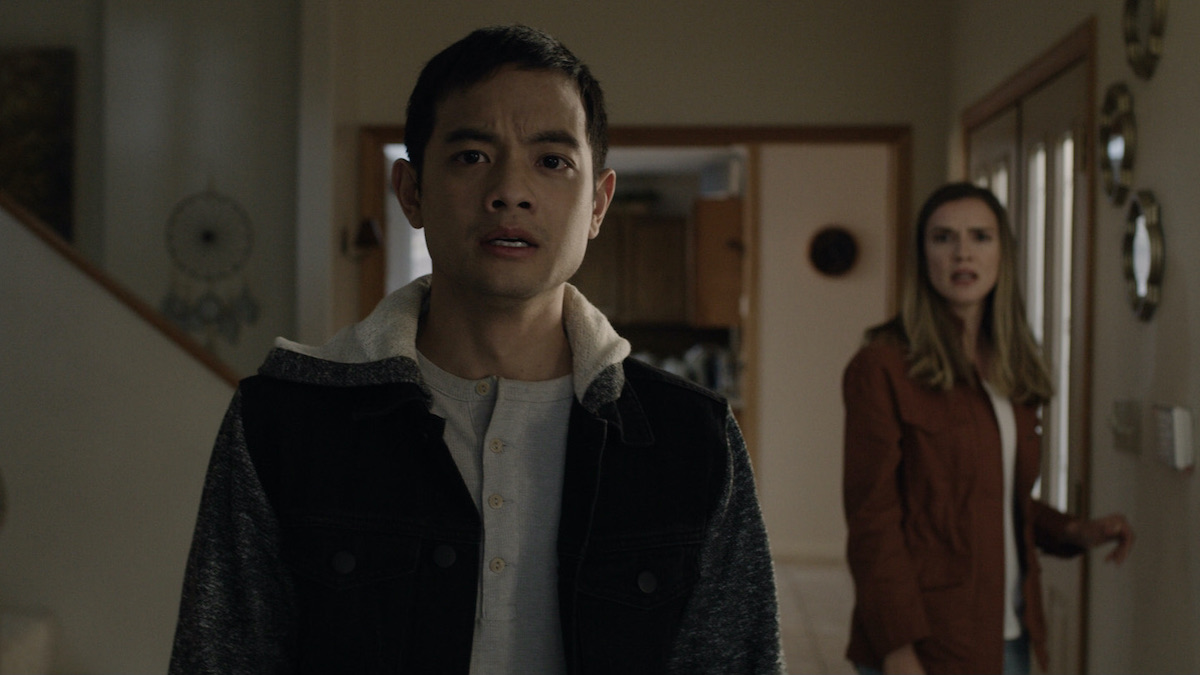 The film begins with Claire (Sara Canning) and Teddy (Osric Chau), a couple who runs a YouTube page where they post reviews about places they go and places they stay. Consequently, the video journal they run there is called “Superhost” and they visit a wide variety of vacation homes, reviewing every feature of the home and every aspect of their stay. The couple has some interesting relationship dynamics and personal issues presented from the onset, so the audience of the film clearly know that these idiosyncrasies and relational characteristics are sure to play a part in the story.

Their host, Gracie Gillam’s Rebecca, is a superhost and her ratings are extremely positive and her reputation is flawless. However, from the moment the couple – and, in turn, the audience – meet her, there’s clearly something off and some real weirdness going on. After a series of small little concerns and oddities, shit really starts to hit the fan. Soon, the couple find themselves embroiled in more than just an average AirBNB video review.

A little appearance by horror royalty Barbara Crampton, spices everything up a bit, too… making this a real gem for multiple reasons.

Released on Shudder several months back, Superhost gets the physical media treatment tomorrow, February 1st, with a few great new features and a fantastic looking and sounding cut of the film courtesy of RLJE Films. The film is also available to stream on Shudder, but the DVD and Blu-ray include several brand new features:

Those of you who prefer to stream but don’t have a Shudder subscription will also be able to purchase the film on your favorite VOD platforms beginning the same day, so there’s an option for everyone.

If you want a fun scare for the modern era, Superhost is a fantastic purchase… even it may make you look over your shoulder at the next quaint little home you find yourself vacationing in.