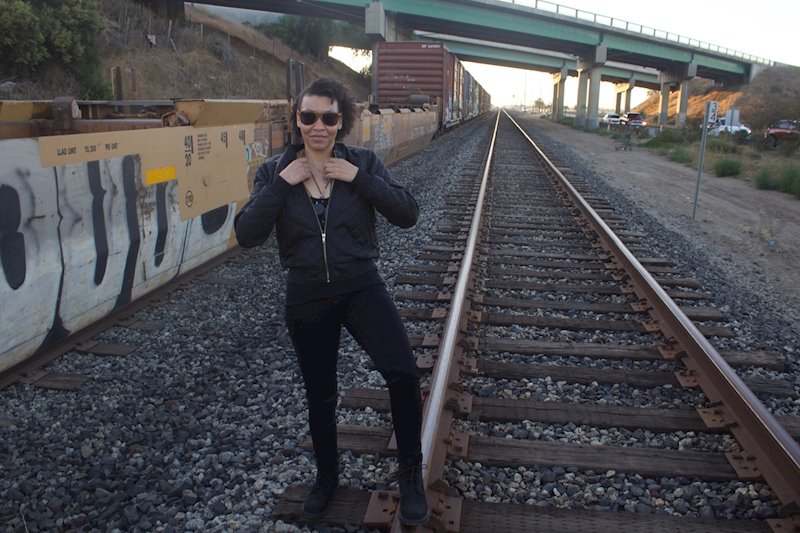 Now that my teenage son if becoming a legit hip hop head, I’m always on the search for tunes to add to our shared playlist of hip hop on Spotify and affordable concerts for us to go to. Of course, my tastes are often “old school” and he is more into newer artists… but we keep finding ourselves turning each other on to some of our personal fave artists. With the likes of Kid Cudi representing our greater area of convergence, he ends up loving just as many RZA and Nas cuts as I end up loving Tyler the Creator and Denzel Curry tracks.

Next week, we’ll be debuting his new mixtape feature on a weekly or bi-weekly basis and the first mix will be a hip hop mix that features some great stuff from the latest Denzel Curry album, Philly local Saynave, some Vince Staples, A$AP Rocky, and this great track from Nemesis, an LA based rapper who blends old school influences with new school sensibilities… in other words, a perfect bridge for the tastes of my son and I.

On “INNOV8!”, Nemesis demonstrates a flow that harkens back to MC Lyte over a backbeat that wouldn’t feel out of place on something Kanye produced. Clearly influenced by stuff ranging from Slick Rick to Wu-Tang to Missy Elliot and beyond, Nemesis produces clever and well-crafted rhymes on top of a backbeat that feels as slick as a Kanye track, while as unique as RZA or Pharell. There’s a true demonstration of understanding of the last 30+ years of the culture in a single track, which is something that is not an easy task.

Check the track out now and stay tune for its inclusion on the first edition of Mixtape Mondays with Cash next week!