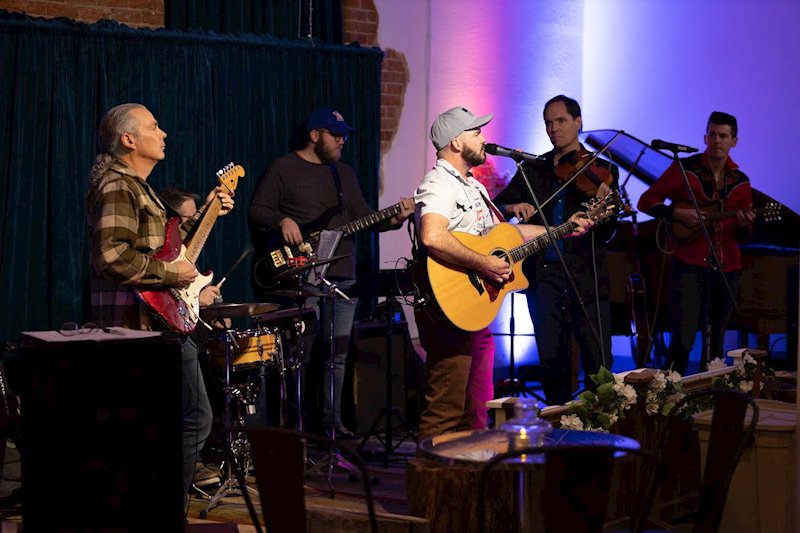 Two days in a row I’m writing about country and folk artists, something I’d rarely consider doing. While yesterday I talked about enjoying The Sky Bleu Crew’s stripped down country flavor with their ballad “Doll House“. Today, I’m highlighting the final track on Westrock’s latest album, Welcome to the River – “Hey Hey”.

The album, as the band tells us…

is meant to be stories of people who are happier outside. Whether it is agriculture or recreation, the common theme is friends, adventures, and peace found somewhere in the sun.

And, to be fair, I’m not necessarily part of this demographic. I’m a suburban boy who loves the city and enjoys the occasional romp in the wilderness… but misses my movies and my technology rather quickly. My favorite trips certainly combine the two (nothing like having a good movie collection set to go for a weekend trip on the lake where we swim and boat during the day and take in some classic in the living room at night)… but, the point is that no one has ever accused me of being an outdoorsman and probablu never will.

So, an album about the outdoors by a country rock outfit is about as far from my forte as one may get musically. Yet, I can’t help but find some tracks on this latest release from Westrock pretty damn catchy.

With that, I present today’s SoundByte, “Hey Hey”, a song that makes you wanna get up and get moving… or at least tap your toe and bob you head. It’s infectious and upbeat, a great song to pump in the car, out on the trail, or even while at your desk writing up reviews (wink wink). Fans of country, folk, and all that type of stuff are sure to appreciate the entire album from this Colorado Springs quintet, but for me, it’s all about “Hey Hey”.