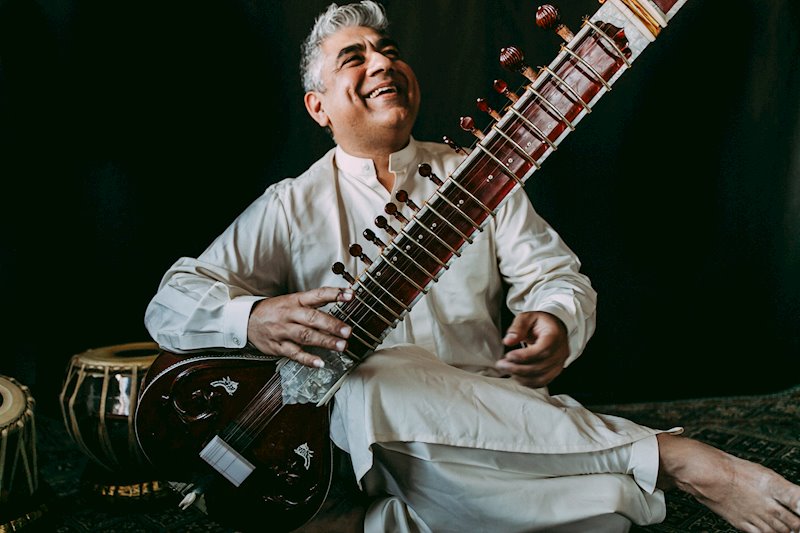 A self-described musical traveler, Mohamed Assani explores the world through music. With musical influences ranging from Pakistani classical to Middle Eastern folk to ambient electronic to modern pop to progressive rock and beyond, Assani’s current roots may be in Vancouver, but it’s impossible to nail down his free-wheeling musical soul.

His most recent album – Wayfinder – includes a song called “Lullaby for Gulli”, a song for which his recent music video was dedicated to mothers all around the world:

Often a child’s first experience of music is in the form of a lullaby sung to them by their mothers. This was definitely the case for me – my mother sang me lullabies and told me wonderful stories – stories that shaped me and how I viewed the world.

The beautiful song is but one of seven tracks on Wayfinder, but it’s a great place to start. With Assani’s sitar wizardry at the forefront, the song is a fantastic introduction to his overall sound and feel. The song not only feels like a good introduction, it also lies smack dab in the middle of the album, so it’s literally in the thick of everything, a veritable blend of what comes before and after.

Anyone familiar with later era Beatles may find the sitar familiar and inviting – so while there is often a penchant for many music fans to stick to what we know, this particular world music sound may not be entirely foreign to even the most basic rockers amongst us. However, listening to artists that are described as musical travelers is certainly more about expanding one’s horizons than staying put. And in this, we are able to move along with Assani from track to track – distant land to distant land – to experience music from all around the globe. With instruments like tabla, mridangam, kanjira, and mbira alongside drum machines and electronic tones, the word “fusion” is not just a buzzword or throwaway phrase here.

Start with “Lullaby” or dive right into the album, either way use this Wednesday afternoon (or whenever you are reading this) to expand your musical horizons and let Mohamed Assani be your wayfinder – your guide – into something new and rewarding.